"Michael Edward Killeen Hussey" also known as "Mike Hussey" is a former Australian Test cricketer. Hussey is also widely known by his nickname Mr Cricket. Hussey was a relative latecomer to both the one-day international and Test cricket/Test Australia national cricket team/Australian teams, debuting at 28 and 30 years of age in the respective formats, with 15,313 first-class runs before making his Test debut. However, he had a highly successful international career, being the top-ranked One Day International/ODI batsman in the world in 2006. He plays first-class cricket as vice-captain of the Western Warriors in Australia and has played for three counties in England. He also plays in the Indian Premier League for the Mumbai Indians, although he opted out of the 2009 season. He was retained by Chennai Super Kings in the 2011–2012 season of Indian Premier League for $425,000 at auctions held in January 2011. Michael Hussey announced his retirement from international cricket on 29 December 2012, motivated by the desire to spend more time with his family. His last international Test appearance was the third Test against Sri Lanka at the SCG, in January 2013.

Before (the site was created). . . certain professors might be cozy with the leadership of their department and be horrible professors, so there's no way any incoming student could know about it.

To get that extra hundred, we thought we had a very good score. 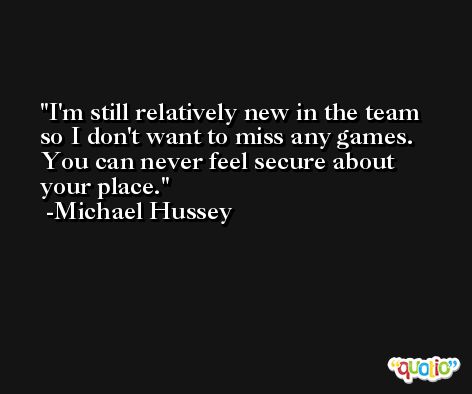 Now that it's out there in the public, (professors) have to be accountable to their customers.

For the last year our batting order has been very stable. Each guy knew their specific role very well, and all the guys complemented each other. So having both Ricky and Andrew out has made a big difference and having them back in the team, hopefully for the next match, will give us a huge boost. 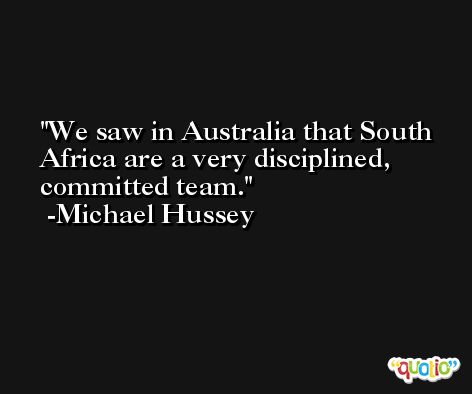 Sri Lanka is probably playing the better cricket at this point than South Africa.

I feel a bit for Andrew Symonds. I honestly think I'm in a dream, actually, and I'm wondering when it will end. I've just got to try and keep a level head with it all because the game does have a way of bringing you back to earth pretty quickly. 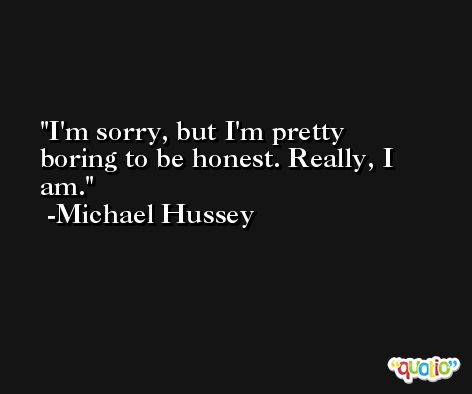