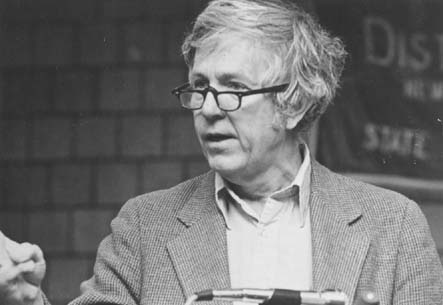 "Edward Michael "Mike" Harrington" was an United States/American democratic socialism/democratic socialist, writer, political activist, political theorist, professor of political science, radio commentator and initiator of the Democratic Socialists of America. During the 1970s he invented the term neoconservatism. Cited in:

If you enjoy these quotes, be sure to check out other famous writers! More Michael Harrington on Wikipedia.

For the most part, everyone's in the same area on price -- everyone knows basically where the number should be and is a little above or below for whatever reason. You need to work with somebody you can trust. I'd say look for someone who will be honest with you right up front. That tells me I'm not going to have problems in the long run.

It was all a bit strange as no other airline seemed to have suffered from lightning strikes and later we were told there had been a technical fault. 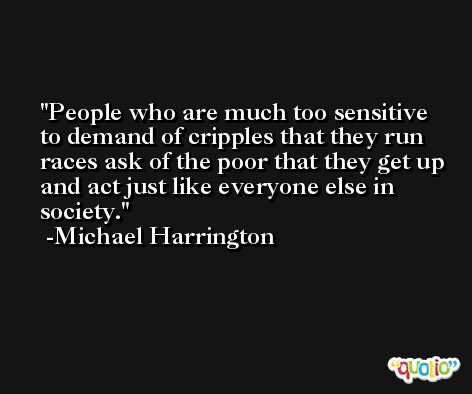 If there is technological advance without social advance, there is, almost automatically, an increase in human misery.

Jim was interested in exploring his own opportunities with creating his own fund and we're fully supportive of that. 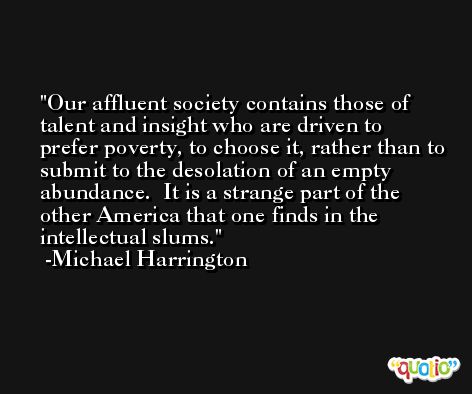 That the poor are invisible is one of the most important things about them. They are not simply neglected and forgotten as in the old rhetoric of reform; what is much worse, they are not seen.

It takes a certain level of aspiration before one can take advantage of opportunities that are clearly offered.