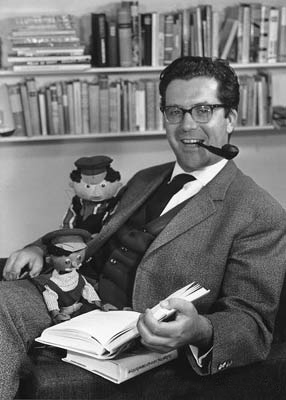 "Michael Andreas Helmuth Ende" was a German language/German writer of Fantasy literature/fantasy and children's fiction. He is best known for his epic fantasy The Neverending Story; other famous works include Momo (novel)/Momo and Jim Knopf und Lukas der Lokomotivführer (Jim Button and Luke the Engine Driver). His works have been translated into more than 40 languages, sold more than 20 million copies, and adapted as motion pictures, stage plays, operas and audio books.

Ende was one of the most popular and famous German authors of the 20th century, mostly due to the enormous success of his children's fiction. He was not strictly a children's writer, however, as he wrote books for adults too. Ende claimed, "It is for this child in me, and in all of us, that I tell my stories", and that "[my books are] for any child between 80 and 8 years" (qtd. Senick 95, 97). He often expressed frustration over being perceived as a children's writer exclusively, considering that his purpose was to speak of cultural problems and spiritual wisdom to people of all ages. He wrote in 1985:

If you enjoy these quotes, be sure to check out other famous writers! More Michael Ende on Wikipedia.

All the beasts in Howling Forest were safe in their caves, nests, and burrows.

Time is life itself, and life resides in the human heart. 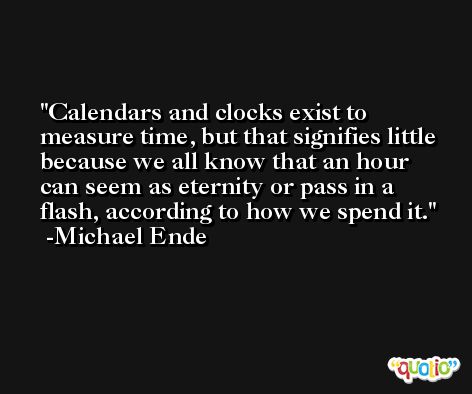 In their view, even leisure time had to be used to the full, so as to extract the maximum of entertainment and relaxation with the minimum of delay.

The odd thing was that, no matter how much time he saved, he never had any to spare; in some mysterious way, it simply vanished. 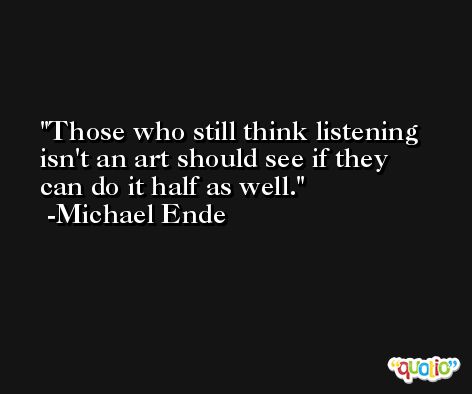 When it comes to controlling human beings, there is no better instrument than lies. Because you see, humans live by beliefs. And beliefs can be manipulated. The power to manipulate beliefs is the only thing that counts.

Guido clung to this thought like a drowning man clutching at a straw. He was rich and famous now, he told himself, and wasn't that what he'd always dreamed of? 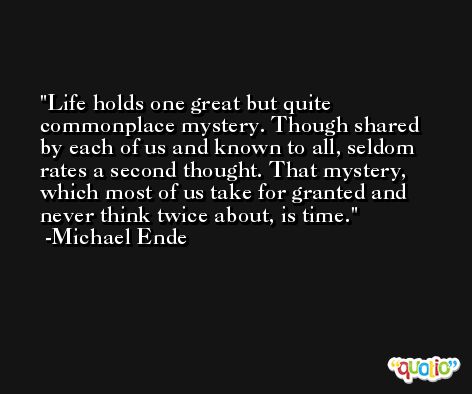