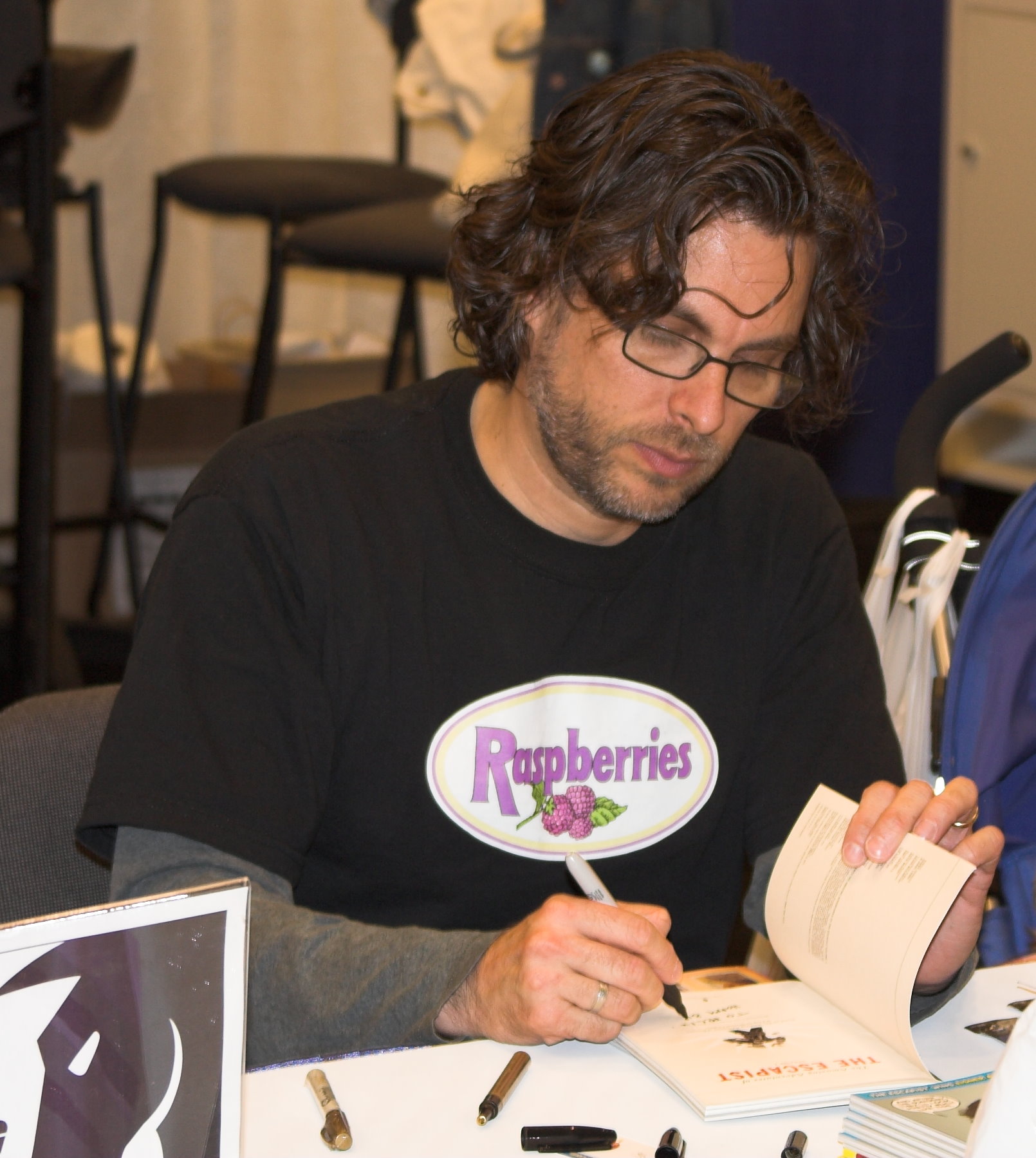 "Michael Chabon" is an American author and "one of the most celebrated writers of his generation," according to The Virginia Quarterly Review.

Chabon's first novel, The Mysteries of Pittsburgh (1988), was published when he was 25 and catapulted him to literary celebrity. He followed it with a second novel, Wonder Boys (1995), and two short-story collections. In 2000, Chabon published The Amazing Adventures of Kavalier & Clay, a critically acclaimed novel that John Leonard (critic)/John Leonard, in a 2007 review of a later novel, called Chabon's Masterpiece/magnum opus. It received the Pulitzer Prize for Fiction in 2001 (see: 2001 in literature).

His novel The Yiddish Policemen's Union, an alternate history mystery novel, was published in 2007 to enthusiastic reviews and won the Hugo Award/Hugo, Sidewise Award for Alternate History/Sidewise, Nebula Award/Nebula and Premio Ignotus/Ignotus awards; his serialized novel Gentlemen of the Road appeared in book form in the fall of that same year. Chabon's most recent novel, Telegraph Avenue (novel)/Telegraph Avenue, published in 2012 and billed as "a twenty-first century Middlemarch", concerns the tangled lives of two families in the Bay Area of San Francisco in the year 2004.

If you enjoy these quotes, be sure to check out other famous writers! More Michael Chabon on Wikipedia.

The right not to use the name if it is offensive, mischievous, ill-intentioned or inappropriate.

It just made sense to apply this on a grander scale. If one of us can raise that much for a nonprofit on his own, what could a dozen or more authors pull in for the First Amendment Project? 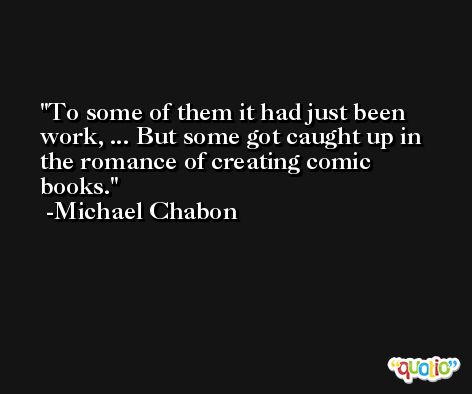 The winning names were not even remotely names I would have chosen or invented.

I don't think anything else can be hopeful or accomplished if you have the fear that you will get arrested or prosecuted or censored, ... I saw a cry for help. So it was my goal to try to get writers whose work and whose name would be meaningful to the greatest number of people. 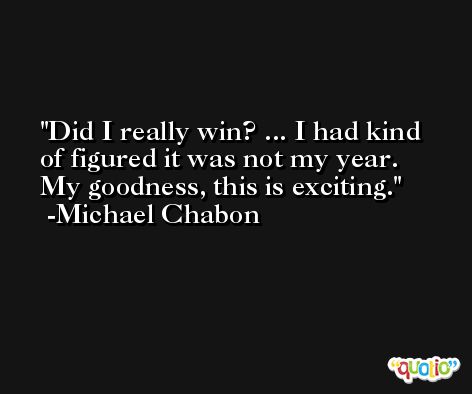 I do think his books would reward reading by people who think they don't like fantasy.

It was the beginning of youth culture and pandering to youth culture, ... In that, the comic book publishers were definitely pioneers. 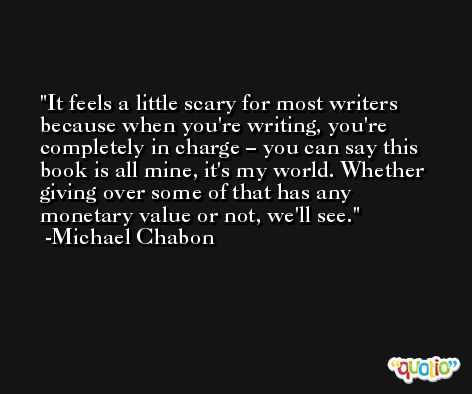