"Michael Bidwill" is a National Football League executive with the Arizona Cardinals. After practicing law for six years as a federal prosecutor, Michael Bidwill joined the Arizona Cardinals organization in 1996 as Vice President/General Counsel. Today he serves as team President. Since taking over as team President in 2007, the Cardinals have gone .500 or better in 5 of 7 seasons (and just twice in previous 20 years).

We said we were going to be very aggressive. This is the 'very' part of it.

We set a standard of design excellence that is the most sophisticated stadium that has ever been built. 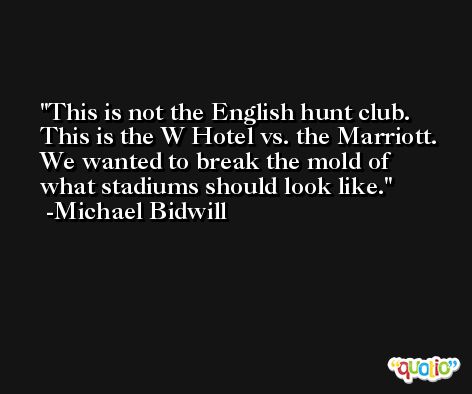 From a financial standpoint, I'm not going to get into the particulars, but we're satisfied with the conditions under which we're going down there.

We're serious about winning. The new stadium allows us to do some things that we haven't been able to do before. 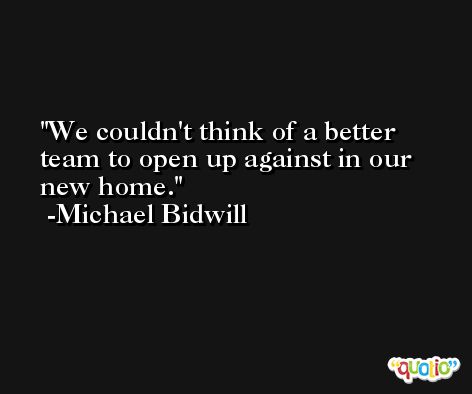 This game will provide a phenomenal opportunity to showcase the Cardinals to a national and international audience.

That's the goal is to build a championship team. That allows us to be competitive.