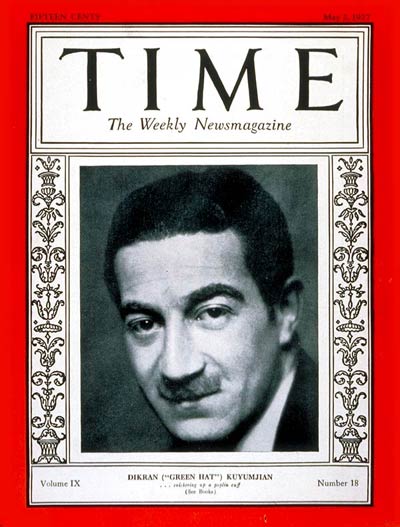 "Michael Arlen", born "Dikran Kouyoumdjian", was an Armenians/Armenian essayist, short story writer, novelist, playwright, and scriptwriter, who had his greatest successes in the 1920s while living and writing in England. Although Arlen is most famous for his satirical romances set in English smart society, he also wrote gothic horror and psychological thrillers, for instance "The Gentleman from America", which was filmed in 1956 as a television episode for Alfred Hitchcock's TV series Alfred Hitchcock Presents. Near the end of his life, Arlen mainly occupied himself with political writing. Arlen's vivid but colloquial style "with unusual inversions and inflections with a heightened exotic pitch", came to be known as Arlenesque.

If you enjoy these quotes, be sure to check out other famous writers! More Michael Arlen on Wikipedia.