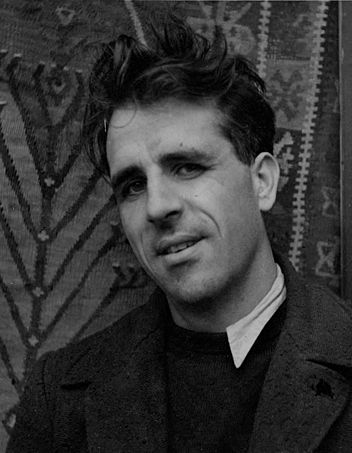 "Mervyn Laurence Peake" was an English writer, artist, poet and illustrator. He is best known for what are usually referred to as the Gormenghast (series)/Gormenghast books. The three works were part of what Peake conceived as a lengthy cycle, the completion of which was prevented by his death. They are sometimes compared to the work of his older contemporary J. R. R. Tolkien, but his surreal fiction was influenced by his early love for Charles Dickens and Robert Louis Stevenson rather than Tolkien's studies of mythology and philology.

Peake also wrote poetry and literary nonsense in verse form, short stories for adults and children (Letters from a Lost Uncle), stage and radio plays, and Mr Pye, a relatively tightly-structured novel in which God implicitly mocks the evangelical pretensions and cosy world-view of the eponymous hero.

If you enjoy these quotes, be sure to check out other famous writers! More Mervyn Peake on Wikipedia.

What is Time... That you speak of it so subserviently? Are we to be the slaves of the sun, that second-hand, overrated knob of gilt, or of his sister, that fatuous circle of silver paper? A curse upon their ridiculous dictatorship!