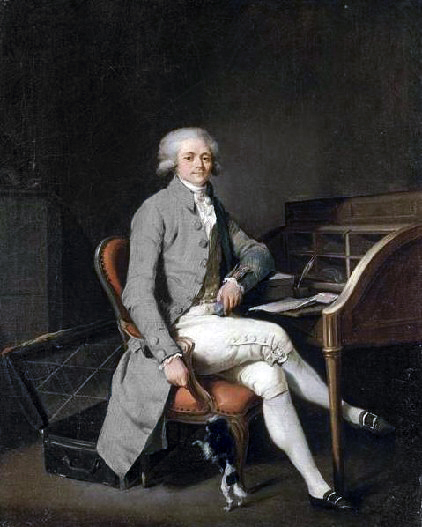 "Maximilien François Marie Isidore de Robespierre" was a French lawyer and politician, and one of the best-known and most influential figures of the French Revolution.

As a member of the Estates-General of 1789/Estates-General, the National Constituent Assembly/Constituent Assembly and the Jacobin Club, he opposed the death penalty and advocated the Abolitionism#First abolition of slavery (1794)/abolition of slavery, while supporting equality of rights, universal male suffrage and the establishment of a republic. He opposed Dechristianisation of France during the French Revolution/dechristianisation of France, war with Austria and the possibility of a coup by the Gilbert du Motier, marquis de Lafayette/Marquis de Lafayette. As a member of the Committee of Public Safety, he was an important figure during the period of the Revolution commonly known as the Reign of Terror, which ended a few months after his arrest and execution in July 1794 following the Thermidorian reaction. The Thermidorians accused him of being the "soul" of the Terror, although his guilt in the brutal excesses of the Terror has not been proven.

If you enjoy these quotes, be sure to check out other famous leaders! More Maximilien Robespierre on Wikipedia.

The government in a revolution is the despotism of liberty against tyranny.

Citizens, did you want a revolution without revolution? 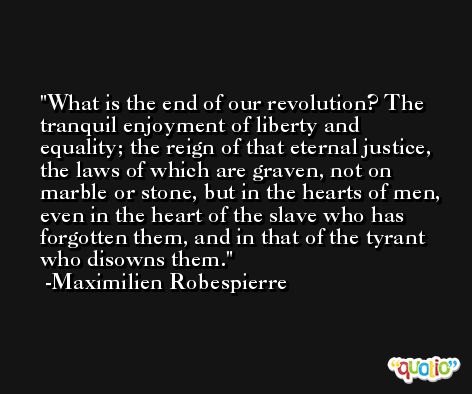 Crime butchers innocence to secure a throne, and innocence struggles with all its might against the attempts of crime.

Terror is nothing other than justice, prompt, severe, inflexible; it is therefore an emanation of virtue; it is not so much a special principle as it is a consequence of the general principle of democracy applied to our country's most urgent needs. 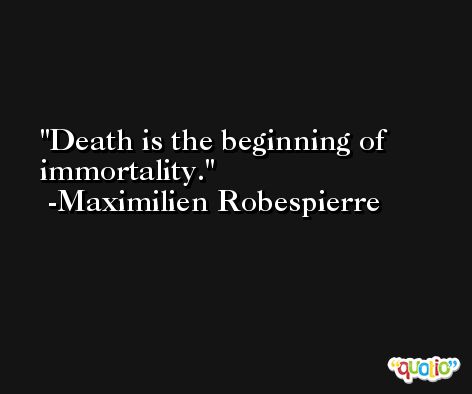 Our revolution has made me feel the full force of the axiom that history is fiction and I am convinced that chance and intrigue have produced more heroes than genius and virtue.

Any law which violates the inalienable rights of man is essentially unjust and tyrannical; it is not a law at all. 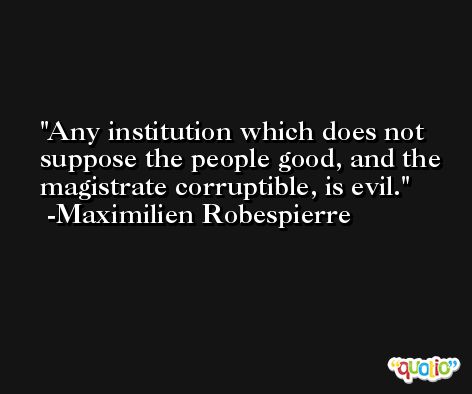 To punish the oppressors of humanity is clemency; to forgive them is cruelty.

Atheism is aristocratic; the idea of a great Being that watches over oppressed innocence and punishes triumphant crime is altogether popular. 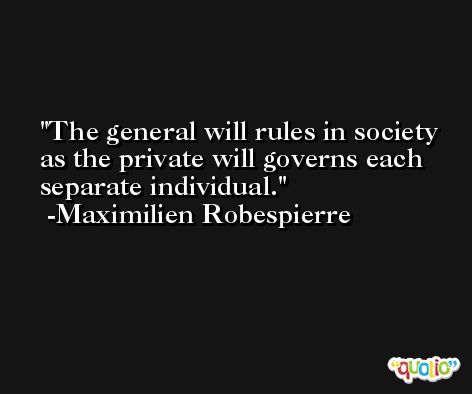