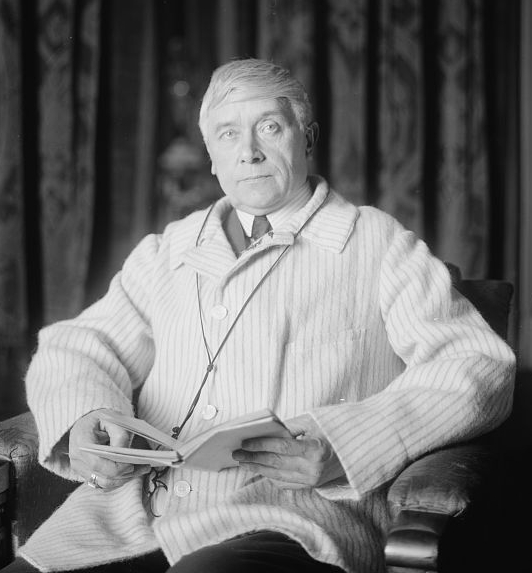 "Maurice Polydore Marie Bernard Maeterlinck" Maeterlinck from 1932; in Belgium, in France; 29 August 1862 – 6 May 1949) was a Belgian playwright, poet, and essayist who was a Fleming, but wrote in French language/French. He was awarded the Nobel Prize in Literature in 1911 "in appreciation of his many-sided literary activities, and especially of his dramatic works, which are distinguished by a wealth of imagination and by a poetic fancy, which reveals, sometimes in the guise of a fairy tale, a deep inspiration, while in a mysterious way they appeal to the readers' own feelings and stimulate their imaginations". The main themes in his work are death and the meaning of life. His plays form an important part of the Symbolism (arts)/Symbolist movement.

If you enjoy these quotes, be sure to check out other famous dramatists! More Maurice Maeterlinck on Wikipedia.

Happiness is rarely absent; it is we that know not of its presence.

At every crossroads on the path that leads to the future, tradition has placed 10,000 men to guard the past. 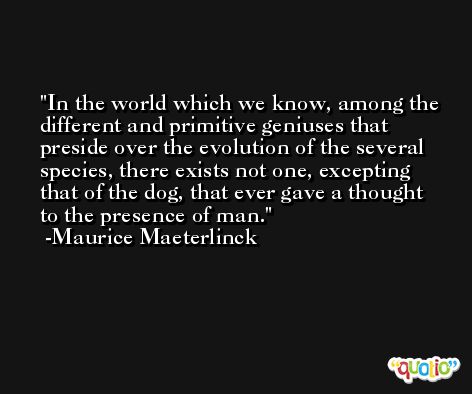 All our knowledge merely helps us to die a more painful death than the animals that know nothing.

Many a happiness in life, as many a disaster, can be due to chance, but the peace within us can never be governed by chance. 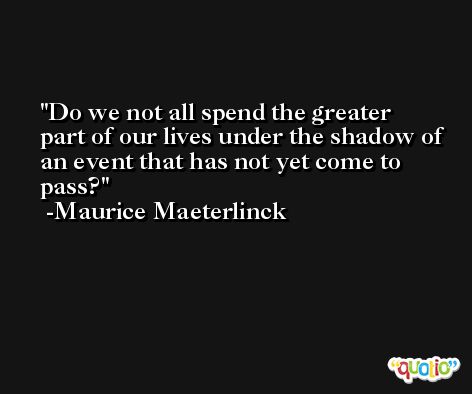 We are alone, absolutely alone on this chance planet: and, amid all the forms of life that surround us, not one, excepting the dog, has made an alliance with us.

How strangely do we diminish a thing as soon as we try to express it in words. 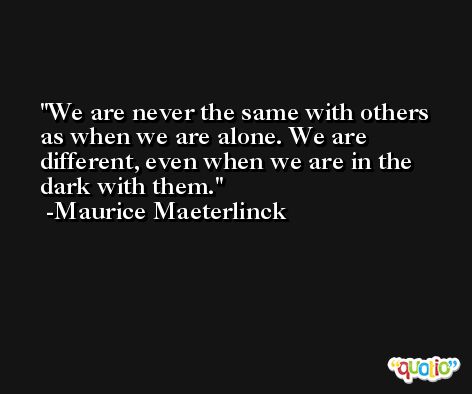 They believe that nothing will happen because they have closed their doors.

When we lose one we love, our bitterest tears are called forth by the memory of hours when we loved not enough. 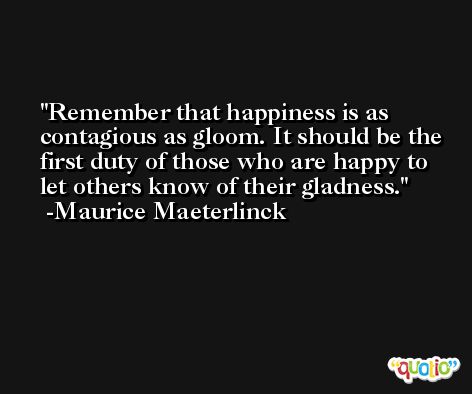