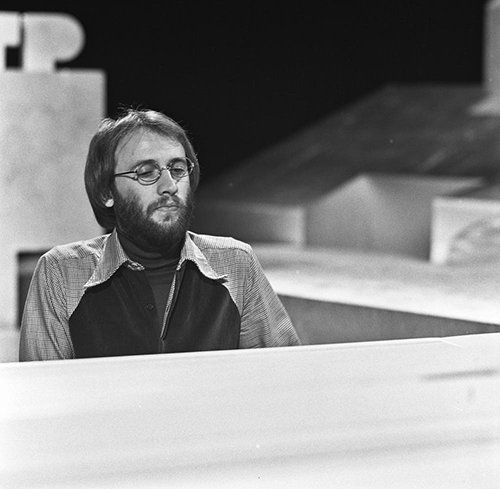 "Maurice Ernest Gibb", Order of the British Empire/CBE was an English musician, singer, songwriter, and record producer who achieved international fame in the Bee Gees. Although his brothers Barry Gibb/Barry and Robin Gibb were the group's primary lead vocalists, most of their albums included at least one or two Maurice Gibb compositions, including "Lay It on Me (Bee Gees song)/Lay It on Me", "Country Woman" and "On Time (song)/On Time". The Bee Gees were one of the most successful rock-pop groups ever. Gibb's role in the group focused on melody and arrangements, providing backing vocalist/backing vocal harmony and playing a variety of instruments.

Born on the Isle of Man, Gibb started his music career in 1955 in Manchester, England, joining the skiffle-rock and roll group The Rattlesnakes (1955 band)/the Rattlesnakes which later evolved into the Bee Gees in 1958 when they moved to Australia. They returned to England, where they achieved worldwide fame. In 2002, the Bee Gees were appointed as Commander of the Most Excellent Order of the British Empire/CBEs for their "contribution to music". Following his death in 2003, Gibb's son collected his award at Buckingham Palace in 2004.

If you enjoy these quotes, be sure to check out other famous musicians! More Maurice Gibb on Wikipedia.

Nobody knew exactly what it was going to do, I mean it didn't have big promotion or anything, it just happened.