Brown joined the RAF in 1938, and promoted to the rank of Flying Officer in October 1940. During the Battle of Britain, Brown flew Supermarine Spitfire/spitfires with No. 611 Squadron RAF and No. 41 Squadron RAF. During the battle he claimed 3 and 1 shared destroyed, and one shared 'probable'.

Following the Battle of Britain, Brown was a flying instructor at No. 61 OTU Operational conversion unit/Operational Training Unit and Cranwell Flying Training School. He was promoted to flight lieutenant in January 1944 and subsequently to the rank of squadron leader.

He was awarded the Air Force Cross (United Kingdom)/Air Force Cross in December 1945. He was released from the RAF in November 1945, retaining the rank of squadron leader.

In 2004, Brown wrote "Honour Restored" about the Battle of Britain and his exploits and those of his fellow pilots.

I was mad that the school was closing. I'd have to find new friends, ... most of my friends came back -- everybody in my class.

My whole recording studio, tons of music, a lot of original scores that I can't ever get back, maybe 50 or 60 tunes I spent years working on -- all gone. 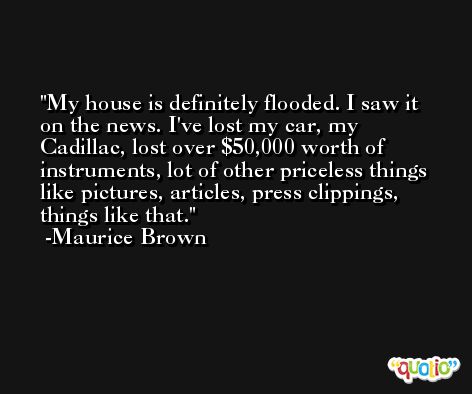 It's the whole feeling I got here that made me want to stay for a while.

[And most jazz in New Orleans has a directness about it.] Everyone isn't searching for the hottest, newest lick, ... People are trying to stay true to the melody. 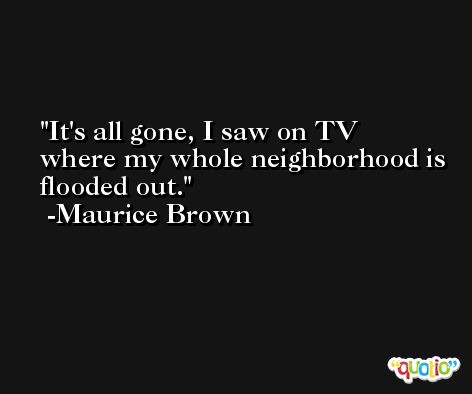 I get a real eerie feeling when I think about my neighbors and just all the people in New Orleans. I just hope that they are safe. It's a real emotional time for me now.