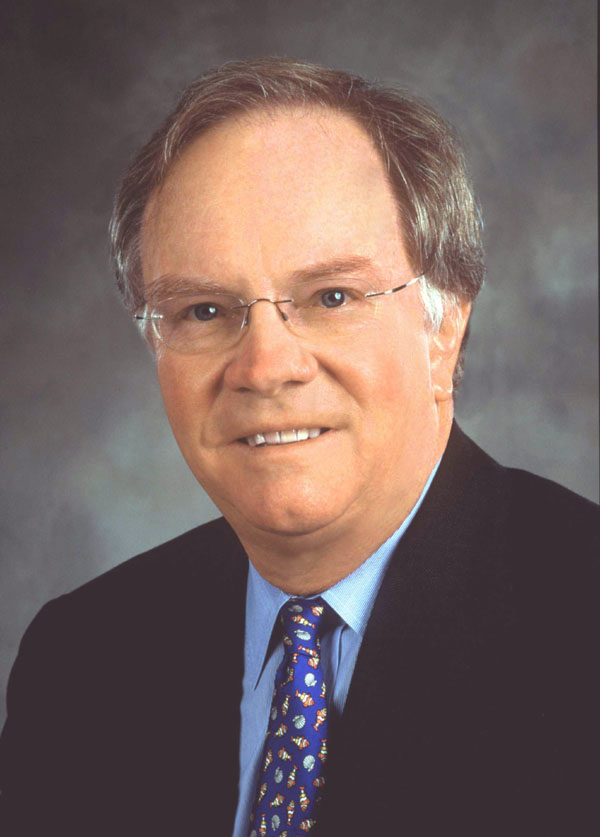 "Matthew Roy Simmons" was founder and chairman emeritus of Simmons & Company International, and was a prominent figure in the field of peak oil. Simmons was motivated by the 1973 energy crisis to create an investment banking firm catering to oil companies. He served as an energy adviser to U.S. President George W. Bush and was a member of the National Petroleum Council and the Council on Foreign Relations.

Simmons, who lived in Houston, Texas, died at his vacation home in North Haven, Maine, on August 8, 2010, at the age of 67. The cause of death was ruled "accidental drowning with heart disease a contributing factor".

Simmons was the author of the book Twilight in the Desert: The Coming Saudi Oil Shock and the World Economy, published in 2005. His examination of oil reserve decline rates helped raise awareness of the unreliability of Middle East oil reserves. He gave numerous presentations on peak oil and water shortages.

Simmons believed that the Club of Rome predictions are more accurate than usually acknowledged.

Simmons was the founder of the Ocean Energy Institute in Maine. His vision was to make Maine a leader in energy from offshore wind and ocean forces.

It would surprise me if it became a big source (of financing).

It was the only way to survive the era of unbelievably cheap oil. 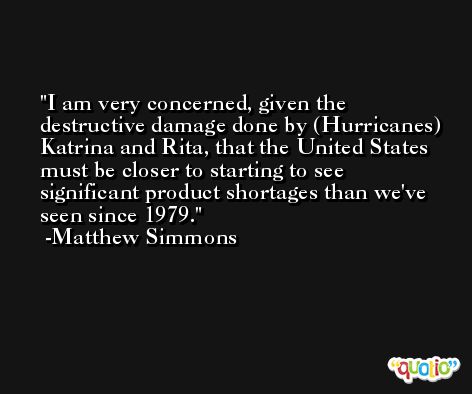 There isn't a middle argument. It's a finite resource. The only debate should be over when we peak.

Everyone keeps thinking there is a (price) ceiling...There is no ceiling. 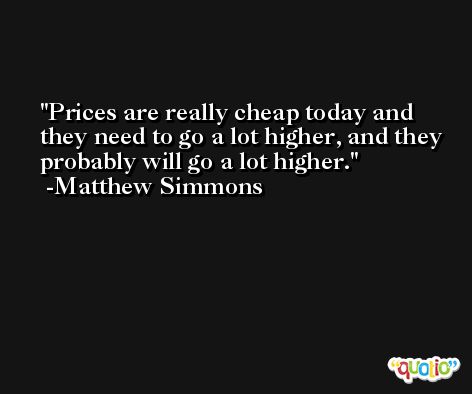 This is the big story for these companies. They're so big, they're having a very hard time growing. The only thing they really know how to do well is buy back stock.

Even another tropical storm could set the reconstruction back for months. 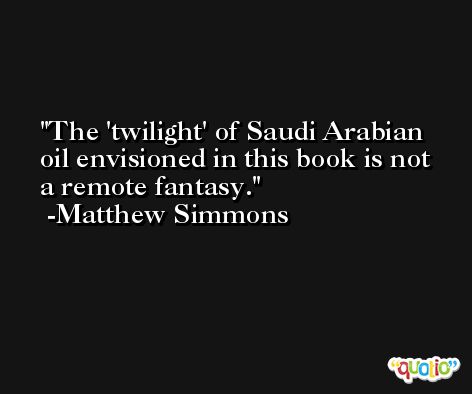