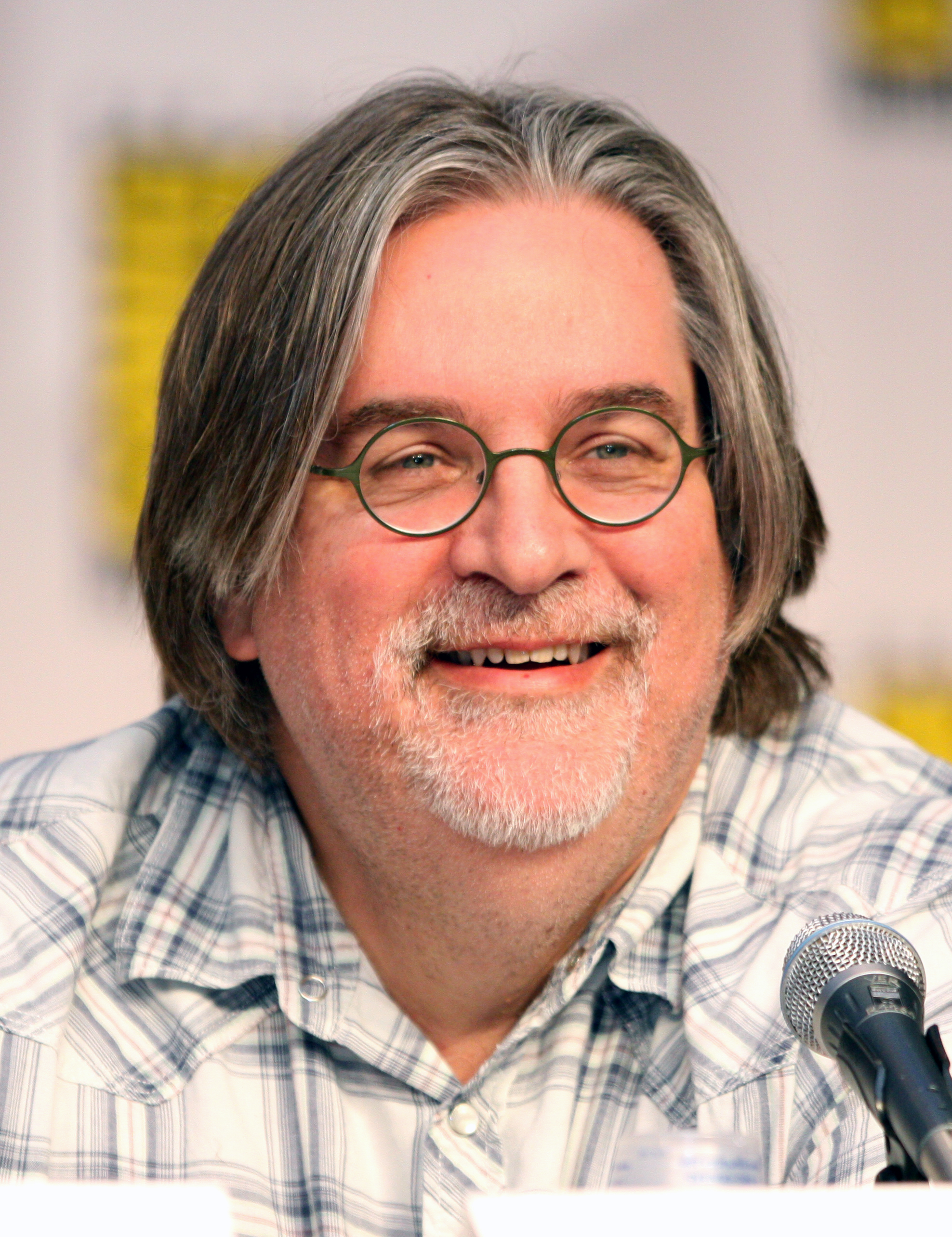 "Matthew Abram" ""Matt"" "Groening" is an American cartoonist, screenwriter, producer, animator, author, musician, comedian, and voice actor. He is the creator of the comic strip Life in Hell (1977–2012) as well as the co-creator of two successful television series, The Simpsons (1989–present), Futurama (1999–2003, 2008–2013) and a Christmas special, Olive, the Other Reindeer.

If you enjoy these quotes, be sure to check out other famous cartoonists! More Matt Groening on Wikipedia.

You don't like your job, you don't strike. You go in every day and do it really half-assed. That's the American way. 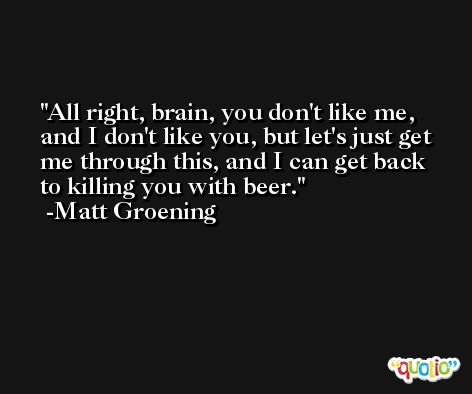 You should listen to your heart, and not the voices in your head. 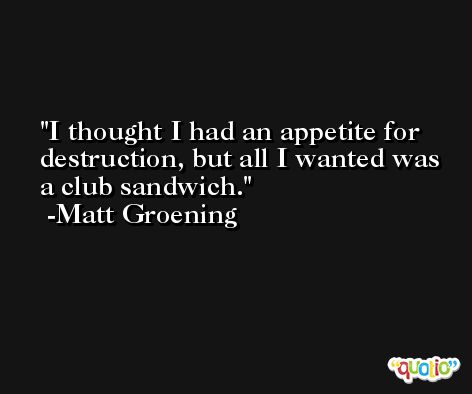 All normal people love meat. If I went to a barbeque and there was no meat, I would say 'Yo Goober! Where's the meat!?' I'm trying to impress people here, Lisa. You don't win friends with salad.

Love is a snowmobile racing across the tundra and then suddenly it flips over, pinning you underneath. At night, the ice weasels come. 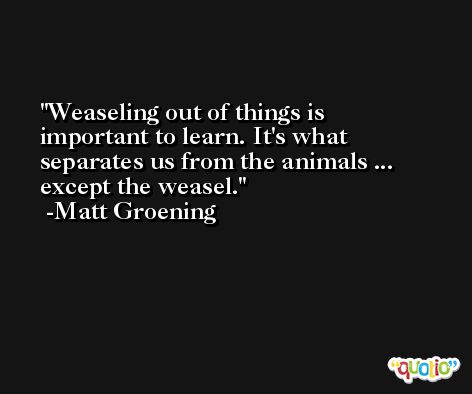 I can't believe it! Reading and writing actually paid off!

Oh, loneliness and cheeseburgers are a dangerous mix. 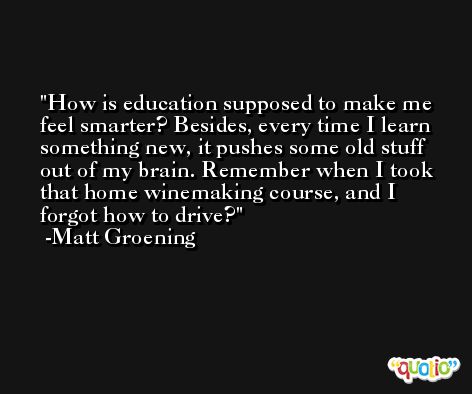 I'm not a bad guy! I work hard, and I love my kids. So why should I spend half my Sunday hearing about how I'm going to Hell?

Romance is dead. It was acquired in a hostile takeover by Hallmark and Disney, homogenized, and sold off piece by piece. 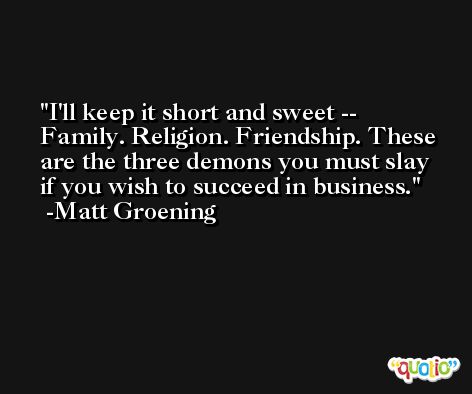 Ah, sweet pity. Where would my love life be without it?

I'm a level 5 vegan, I don't eat anything that casts a shadow. 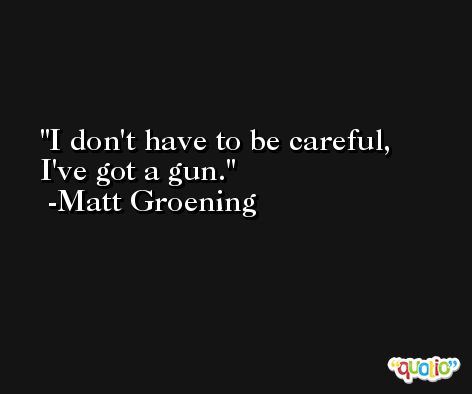 If money is the root of all evil, then why do we have to have jobs?

What good is money if it can't inspire terror in your fellow man? 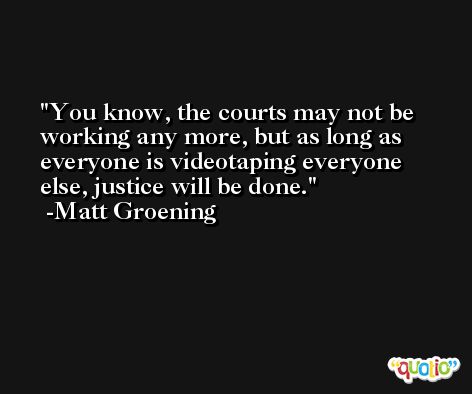 Donuts. Is there anything they can't do?

I want to share something with you: The three little sentences that will get you through life. Number 1: Cover for me. Number 2: Oh, good idea, Boss! Number 3: It was like that when I got here. 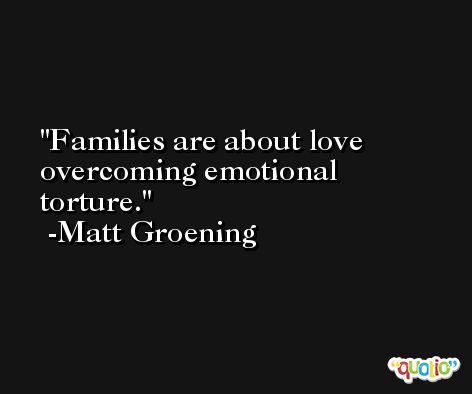 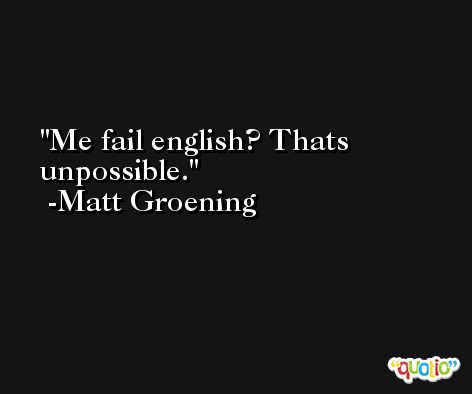 I'm better than dirt. Well, most kinds of dirt, not that fancy store-bought dirt... I can't compete with that stuff.

If it doesn't have Siamese twins in a jar, it is not a fair. 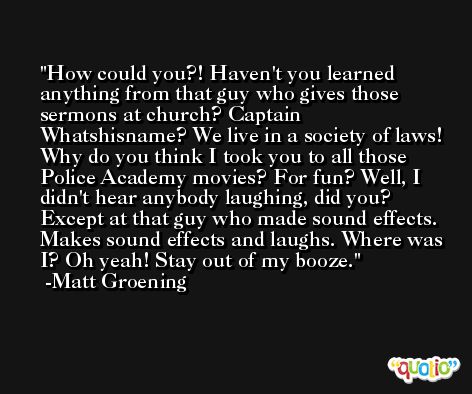