"Matt Ballard" is a college football coach, most recently the head coach at Morehead State University, a position he held from 1994 until his firing at the end of the 2012 season. He also served as the head coach at another Kentucky school, Union College (Kentucky)/Union College, from 1988–1993.

The very next day, we were breaking down film, and started our preparation for our next game against Sequoia.

We're usually breaking down film when the show is on. There's not much leisure time during the season. 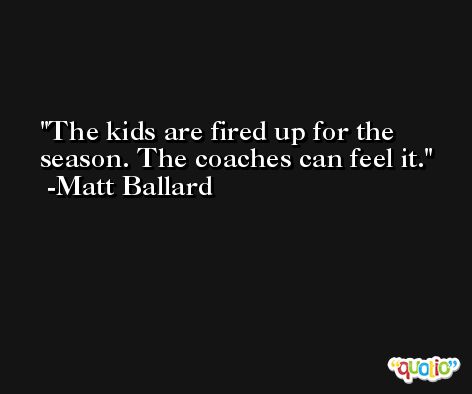 They have looked good at the passing leagues.

Both teams are down from the Bay Division. You expect both of them to be good. 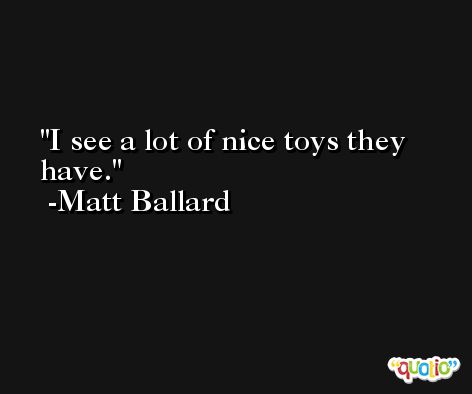 We have set our goals very high for the season. They include winning the league title, getting into the playoffs, and winning a game in the playoffs. That's what everybody wants.

This is a good group of kids. They hustle all the time. They are very fired up about the season. 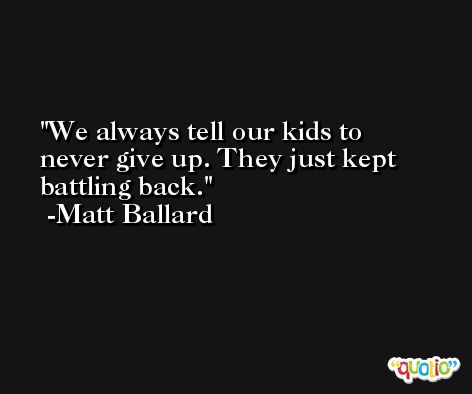