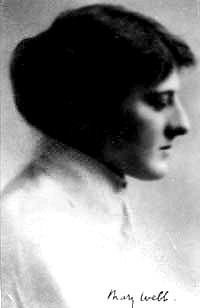 "Mary Webb" was an English romantic novelist and poet of the early 20th century, whose work is set chiefly in the Shropshire countryside and among Shropshire characters and people which she knew. Her novels have been successfully dramatized, most notably the film Gone to Earth (film)/Gone to Earth in 1950 by Michael Powell and Emeric Pressburger. They inspired the famous parody Cold Comfort Farm.

If you enjoy these quotes, be sure to check out other famous novelists! More Mary Webb on Wikipedia.

We've had many other instances in history where (governments) had to re-jig expenditures to make sure that they stayed on course. That may be the scenario they're facing this spring.

Give me good digestion, Lord, And also something to digest; but where and how that something comes I leave to Thee, who knoweth best. 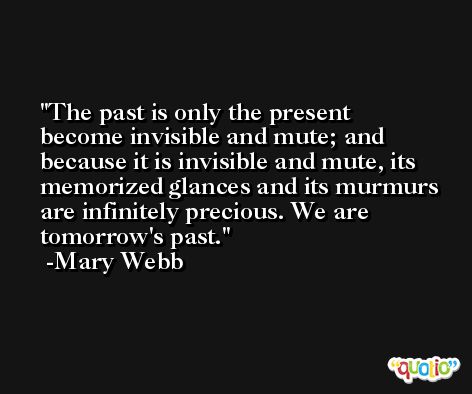 To many women marriage is only this. It is merely a physical change impinging on their ordinary nature, leaving their mentality untouched, their self-possession intact. They are not burnt by even the red fire of physical passion - far less by the white fi.

The divine egoism hat is genius. 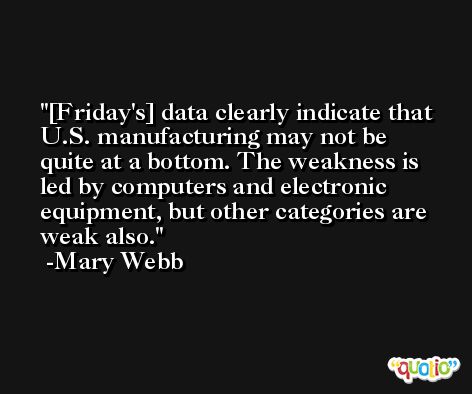 Saddle your dreams before you ride em.