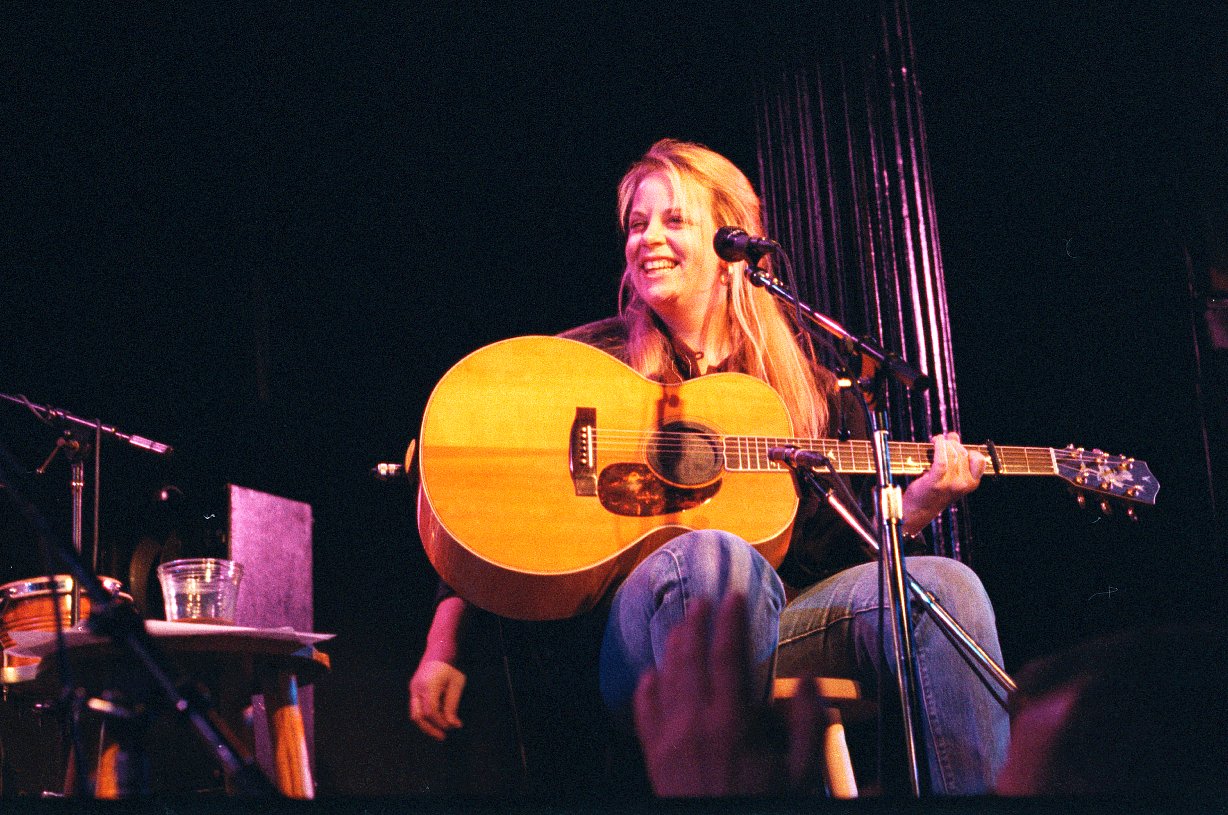 "Mary Chapin Carpenter" is an American singer, songwriter and musician. Carpenter spent several years singing in Washington, D.C., clubs before signing in the late 1980s with Columbia Records, who marketed her as a country singer. Carpenter's first album, 1987's Hometown Girl, did not produce any singles, although 1989's State of the Heart (Mary Chapin Carpenter album)/State of the Heart and 1990's Shooting Straight in the Dark each produced four Top 20 hits on the Billboard country singles charts.

Carpenter's most successful album to date remains 1992's Come On Come On, which yielded seven charting country singles and was certified Music recording sales certification/quadruple platinum in the U.S. for sales exceeding four million copies. She followed it with Stones in the Road (1994) and A Place in the World (album)/A Place in the World (1996), which both featured hit singles. In the 2000s, Carpenter's albums departed both thematically and musically from her early work, becoming less radio-friendly and more focused on societal and political issues. Her most acclaimed and most topical album to date, The Calling (Mary Chapin Carpenter album)/The Calling, was released in March 2007. She followed that with The Age of Miracles in April 2010 and Ashes and Roses in 2012.

If you enjoy these quotes, be sure to check out other famous musicians! More Mary Chapin Carpenter on Wikipedia.

Every sleepy boy and girl in every bed around the world ~~ Can hear the stars up in the sky whispering a lullaby.