He is best known for winning the Stanley Cup as a member of the Red Wings in both 1997 and 1998. He is currently the director of player development for the Montreal Canadiens.

I just took a whack at it. It comes down to basic plays, simple plays. We were paying attention to the details.

We are doing the right thing. 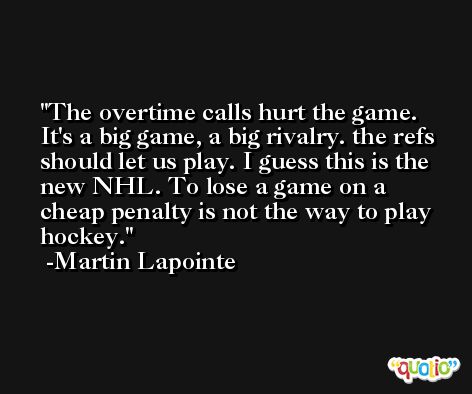 Talk is cheap. We've got to go out and do it. I thought I'd send a message [with his tirade Tuesday], and I hoped for a better response. But life goes on. We're not a talented team. We've got to be smarter.

Obviously, we wanted a better effort and we wanted to play smarter. We need to go back to basics and play a simpler game. Frustration is a big factor and hard to control, but we have to find a way. 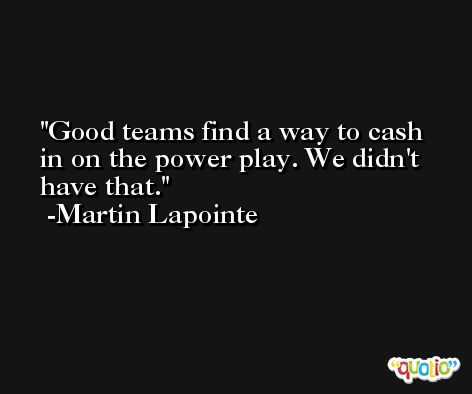 We were stingy and more effective defensively. Guys were scared to get caught in the zone, and that was good. We wanted to get the puck out. 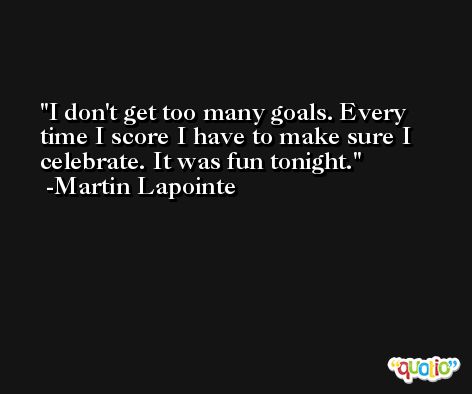