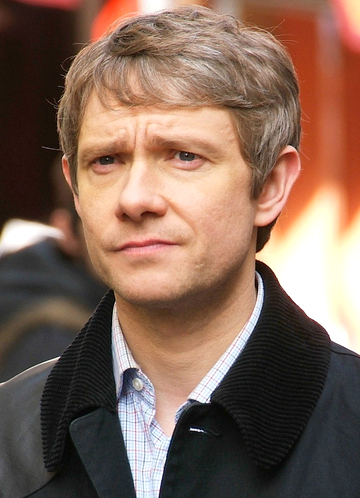 His other notable film roles include the romantic comedy Love Actually (2003), the comic science fiction film The Hitchhiker's Guide to the Galaxy (film)/The Hitchhiker's Guide to the Galaxy (2005), the semi-improvised comedy Nativity! (film)/Nativity! (2009), and the comedic Three Flavours Cornetto trilogy/Three Flavours Cornetto trilogy, most prominently in the sci-fi comedy The World's End (film)/The World's End (2013). Among other accolades, he has won an Emmy Award, British Academy Film Awards/BAFTA Award and an Empire Award, with other nominations including two other Emmy Awards, two other BAFTA Awards, a Saturn Award, and a Golden Globe Award.

If you enjoy these quotes, be sure to check out other famous actors! More Martin Freeman on Wikipedia.

The Hitchhiker's Guide to the Galaxy.

It's been systematic low-balling, high-pressure tactics to get people to accept pennies on the dollar of what they're entitled to. And as a result, these families are being destroyed. 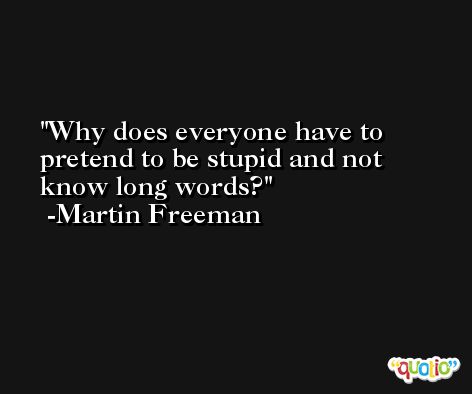 [Officials throughout NFIP] deliberately and fraudulently used low-balling, high-pressure tactics to get people to accept pennies on the dollar of what they're entitled to.

Once you've switched that switch, then, though you notice that other people are great, you're just not interested. 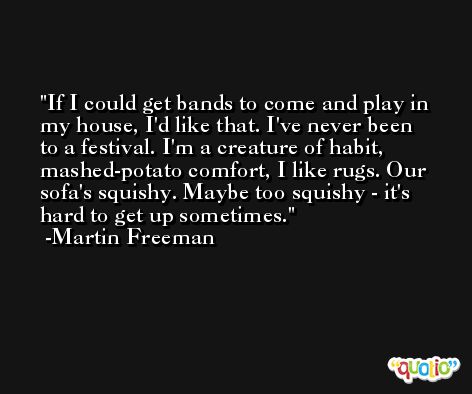 Some people have that roar in their head, but I'm not sure I ever did. That live-fast-die-young thing. No one wants it really.