"Marlon Ordell Anderson" is a former Major League Baseball Utility player#Baseball/utility player. He was widely known for his clutch hits, and writers for publications including The New York Times and Newsday had referred to him as one of the best pinch-hitters in the game. During the 2012 season, he served as the hitting coach for the Potomac Nationals.

I was like, 'Cam, can you hear me?' ... He mumbled, 'Yeah,' but he wasn't there. You could tell he wasn't right. ... I couldn't imagine being a paramedic going to the scene of a wreck. That's what that was, pretty much, a wreck. 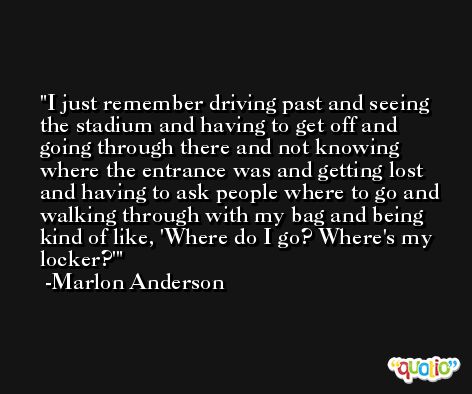 Our belief in God and knowing that He controls things, whether good or bad.

Telling me to get the bat, it was like, 'Oh my God,' ... The first thing I remember walking to the plate was, 'Man, these lights are good.' 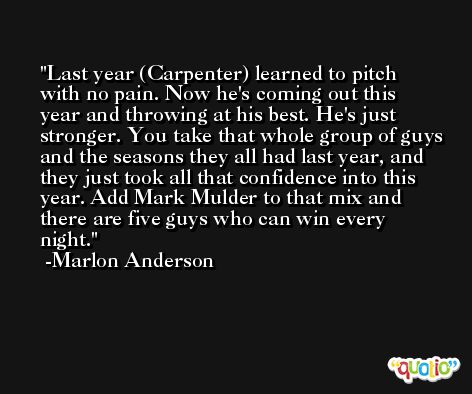 You cannot strike out in your first major-league at-bat.

[In so many ways, the Mets had this game at their fingertips. Anderson had a chance to beat the throw home because Perez double-clutched, but Dodgers catcher Dioner Navarro blocked the plate with his shin guard and would not let Anderson sneak a hand around him.] I didn't have anywhere to go, ... If you have a collision there, you don't know what you're going to get. 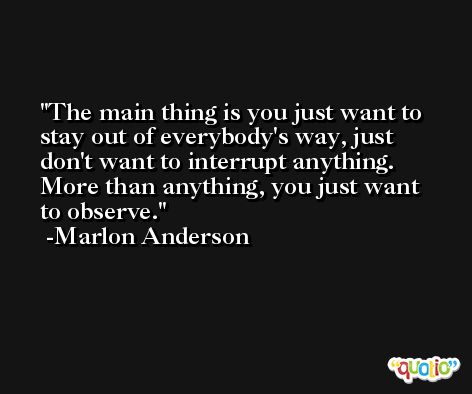