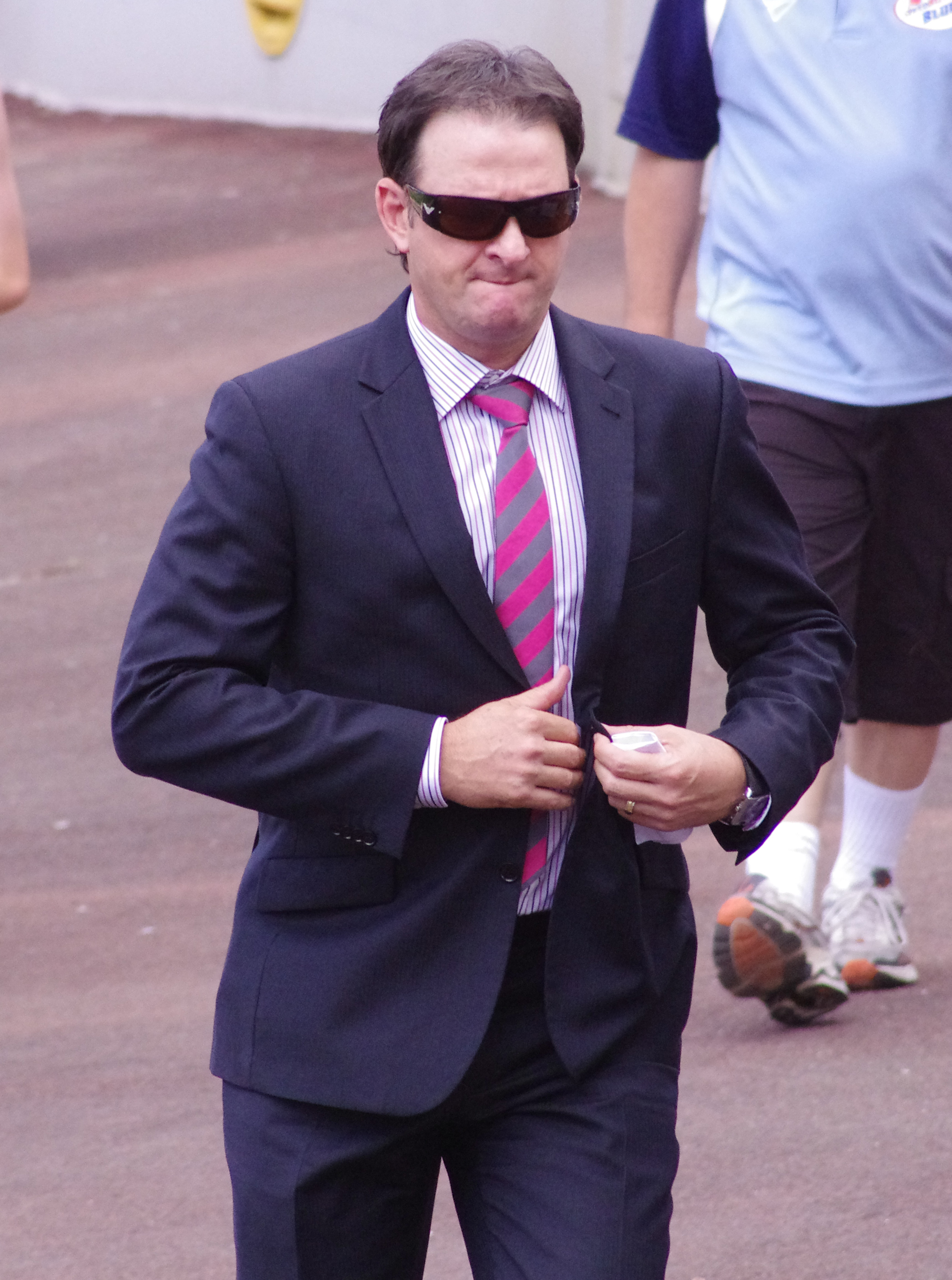 "Mark Edward Waugh" Order of Australia/AM is a former Australian cricketer, who represented Australian cricket team/Australia in Test matches from early 1991 to late 2002, and made his One-Day International debut in 1988. Waugh is regarded as one of the most elegant and gifted stroke makers to ever play the game.

Waugh is often nicknamed "Junior" as he is younger than his twin brother Steve Waugh/Steve by a few minutes. He was also dubbed "Afghan" by the media as he was "the forgotten Waugh". Dean Waugh, another of Mark's brothers, is also a cricketer, having played first-class cricket/first-class and list A cricket in Australia.

I was like most people, just guessing when he'd finish.

How he gets a game in the one-day squad, I don't know. So for him to get back in to the Test side creates even more questions about the selectors. 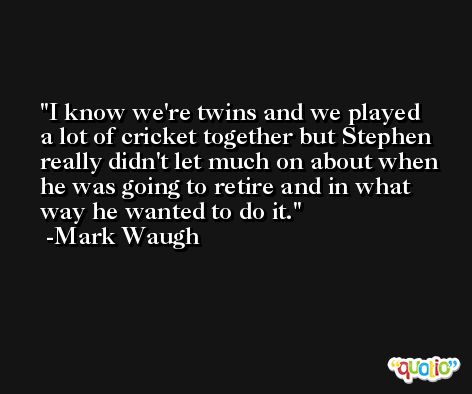 They just complete the numbers.

I have to say, however, that I can't see any team wrestling the world crown from Australia. They play just too well. 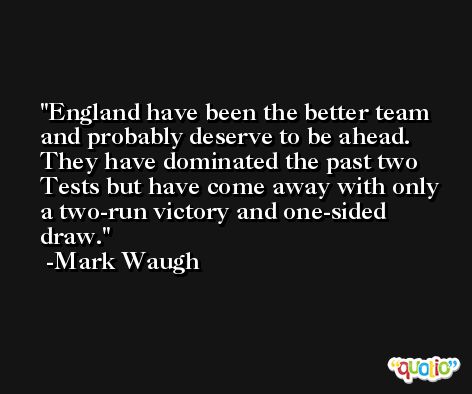 It wouldn't be hard to pick a good team, would it? But I think they have got a bit lost. When someone has been there for a long time sometimes you need ... new thoughts.

It was a bit of a surprise, he hadn't talked to me about it. 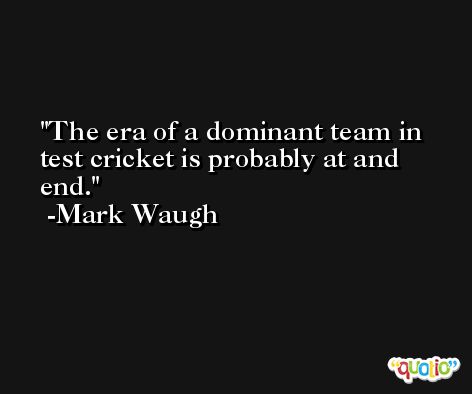