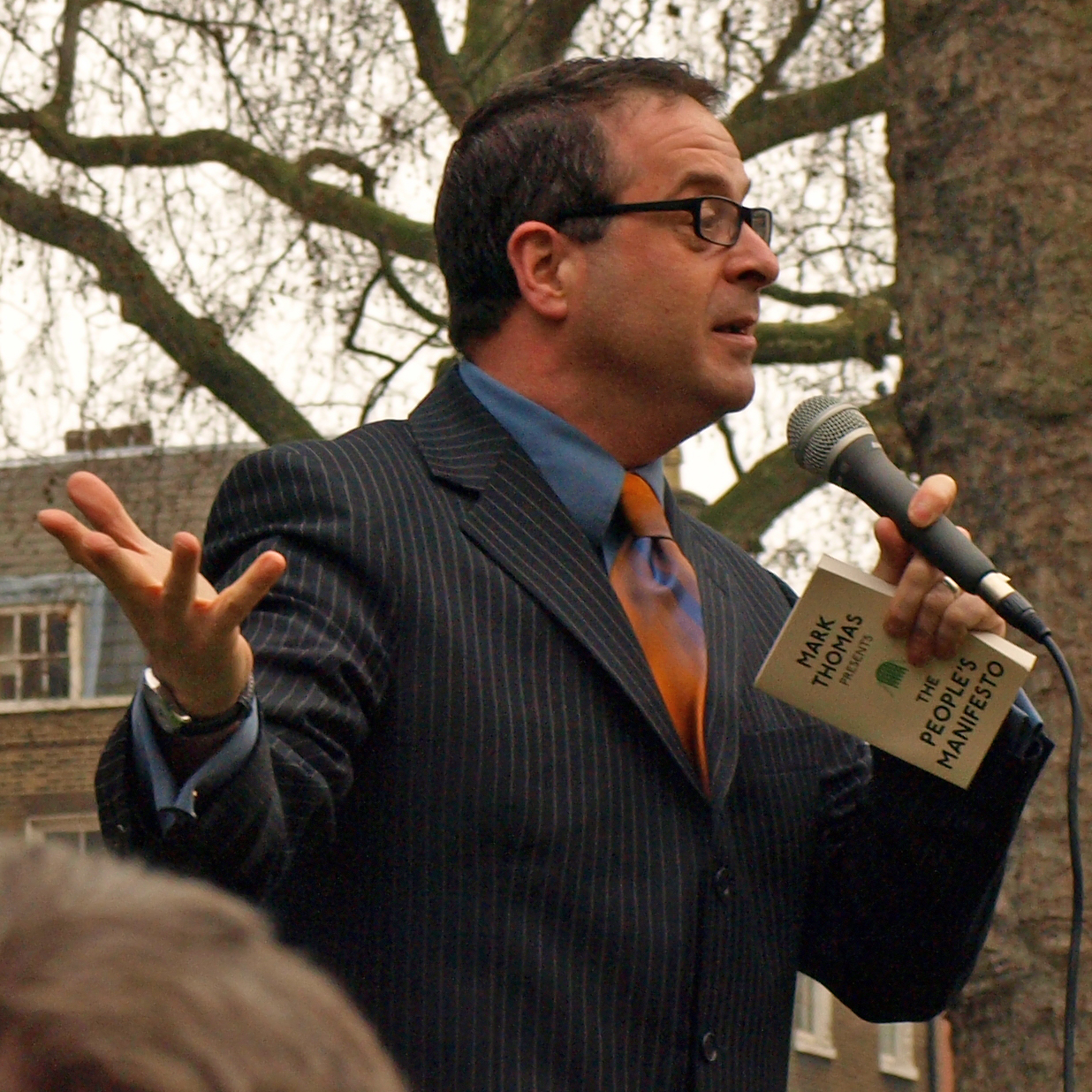 "Mark Clifford Thomas" is an English comedian, presenter, political satirist and reporter from south London. He first became known as a guest comic on the BBC Radio 1 comedy show The Mary Whitehouse Experience in the late 1980s. He is best known for political stunts on his show, The Mark Thomas Comedy Product on Channel 4. Thomas describes himself as a "Anarchism/libertarian anarchist".

If you enjoy these quotes, be sure to check out other famous comedians! More Mark Thomas on Wikipedia.

The biggest issue in India obviously remains the regulatory environment, which makes the near-term investment in India likely to be significantly less than the investment which we see in China.

Given his experience with mergers there is a lot of speculation that he will go in there and do a big deal, ... but we're a bit skeptical of that. 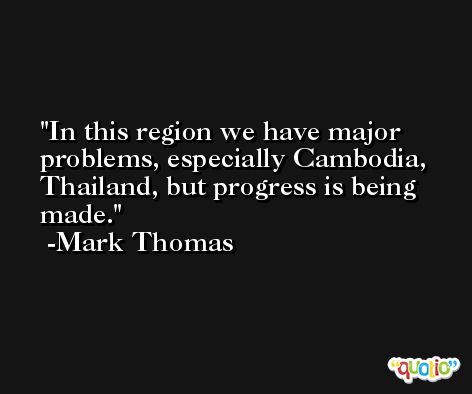 Maybe... there is a perfectly reasonable explanation for unlawfully detaining 120 people. Maybe they just got carried away with last year's idea of pre-emptive strikes and thought, 'Let's not wait for an actual crime to occur. Let's get the innocent.

This meeting will measure how far we have come and to share practices about what works. 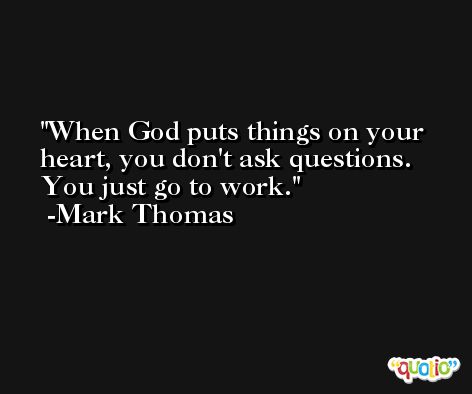 We just have a heart for the people.

We have no other choice. It's bad for emissions, it's bad for safety. But it is what it is.