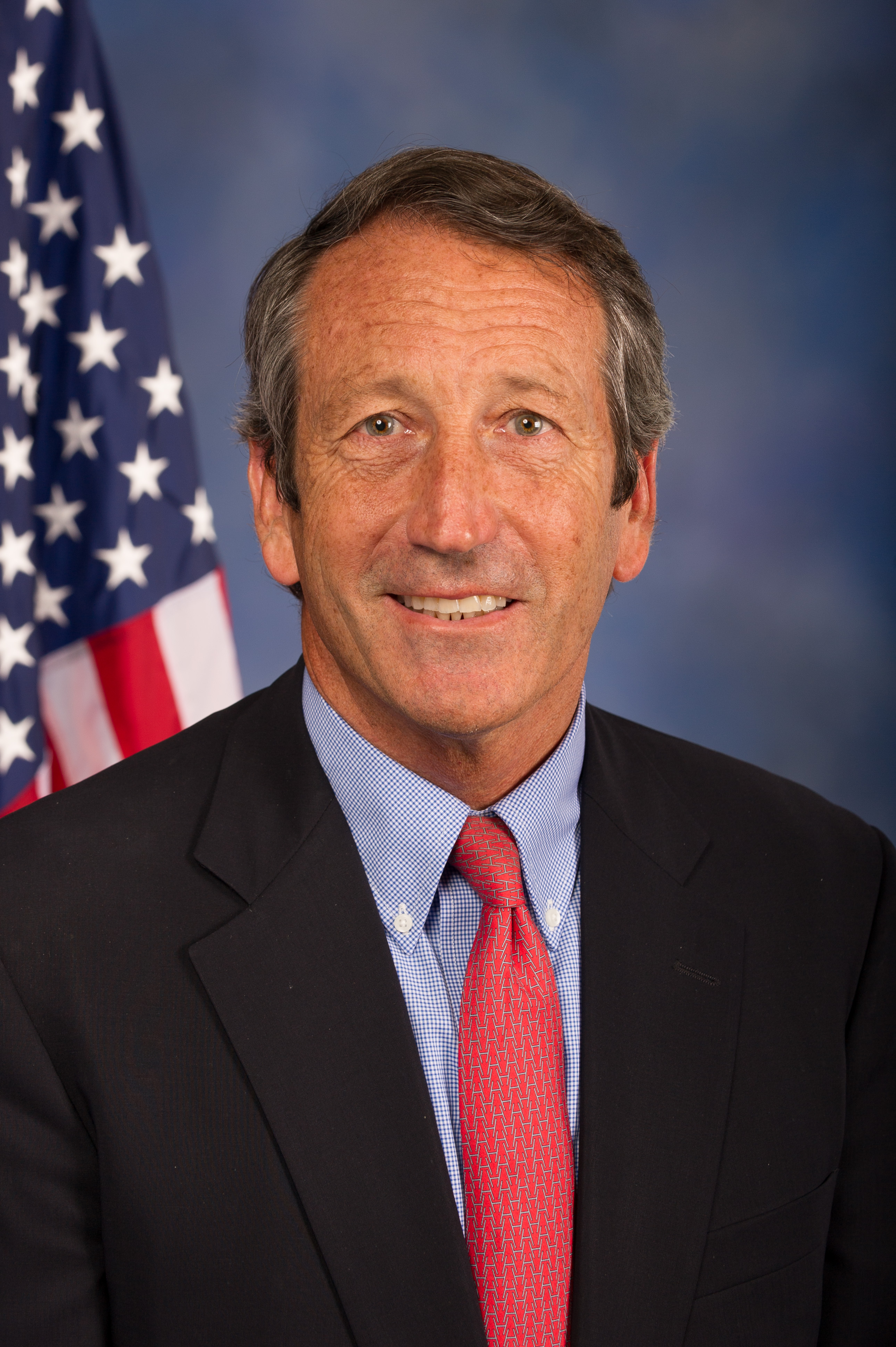 "Marshall Clement "Mark" Sanford, Jr." is an United States/American politician and member of the Republican Party (United States)/Republican Party. He currently serves as the United States House of Representatives/U.S. Representative for South Carolina's 1st congressional district after winning a South Carolina's 1st congressional district special election, 2013/special election on May 7, 2013. He previously represented the same district from 1995 to 2001, before being elected Governor of South Carolina, a position he held from 2003 to 2011.

If you enjoy these quotes, be sure to check out other famous politicians! More Mark Sanford on Wikipedia.

In not my, but our collective hands, is held the promise of change.

If you're just going to add graduation requirements, you're just (going to be seen as) piling on. 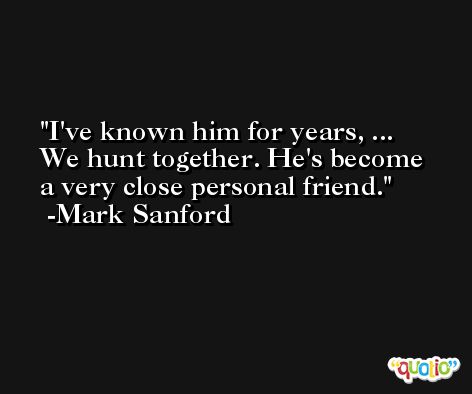 I've known [Greenhill] since Congress because he cares about the conservative movement, ... My fundraising in New York is an association of personal friends through different chapters of my life.

I'm glad our offer of privatization as an option for all 4-year state-supported colleges and universities in South Carolina has stirred the pot a bit. 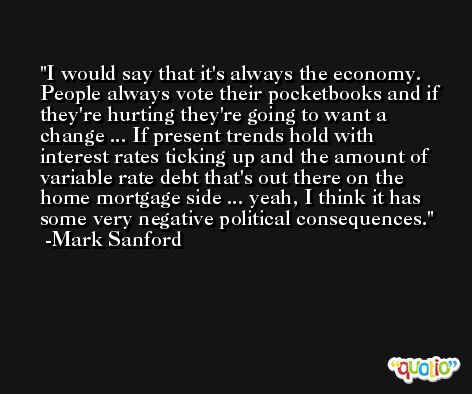 Small businesses are the backbone of job creation in South Carolina, but we're not maximizing our potential when we've got what's effectively the highest income tax rate in the Southeast holding us back.

This is a serious storm that's got the potential to do a lot of damage and put lives in jeopardy if we don't take it seriously. 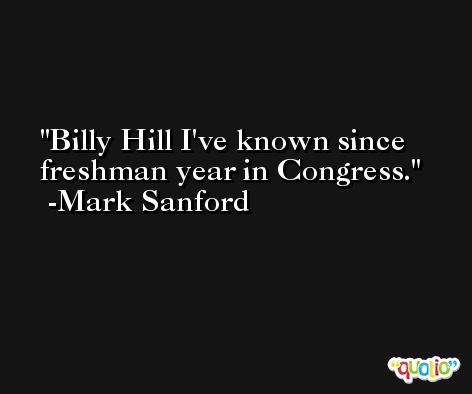