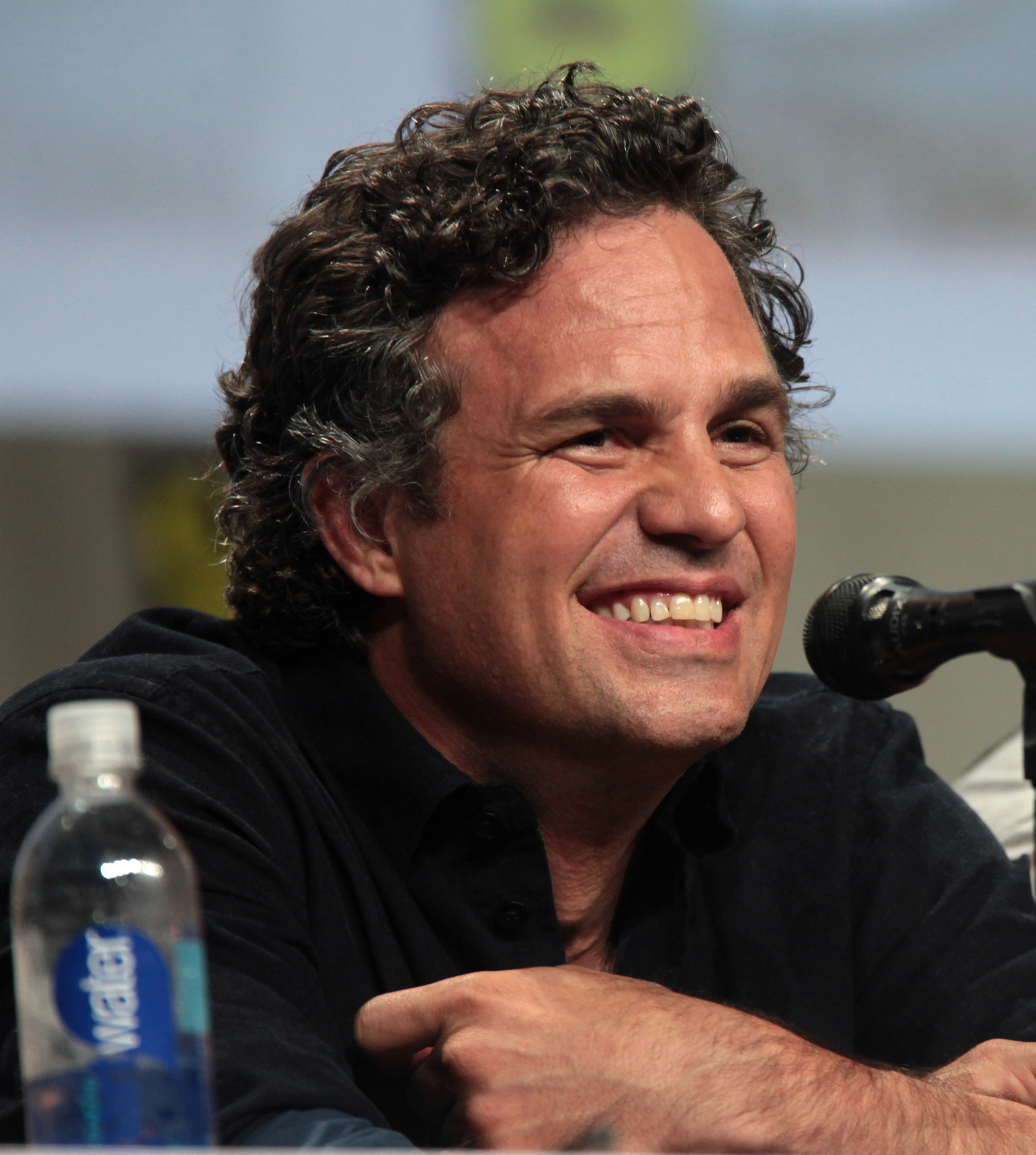 "Mark Alan Ruffalo" is an American actor, director, producer and screenwriter. He portrayed the Marvel Comics character, Hulk (comics)/Bruce Banner / The Hulk in The Avengers (2012 film)/The Avengers (2012), and will reprise his role in Avengers: Age of Ultron (2015). Other notable films in which he has starred or co-starred are You Can Count on Me (2000), Collateral (film)/Collateral (2004), 13 Going on 30 (2004), Eternal Sunshine of the Spotless Mind (2004), Just Like Heaven (film)/Just Like Heaven (2005), Zodiac (film)/Zodiac (2007), Shutter Island (film)/Shutter Island (2010), Now You See Me (film)/Now You See Me (2013), and Begin Again (film)/Begin Again (2013). For his roles in The Kids Are All Right (film)/The Kids Are All Right (2010) and Foxcatcher (2014), he received Academy Award nominations for Academy Award for Best Supporting Actor/Best Supporting Actor. He also won the Primetime Emmy Award for Outstanding Television Movie and received an Primetime Emmy Award for Outstanding Lead Actor in a Miniseries or a Movie/Outstanding Lead Actor in a Miniseries or a Movie nomination for The Normal Heart (film)/The Normal Heart (2014).

If you enjoy these quotes, be sure to check out other famous actors! More Mark Ruffalo on Wikipedia.

She was razzing me on the set, ... 'This movie will bring you up in the world - no more little independents for you.'

I like doing the action and the romantic comedy stuff. 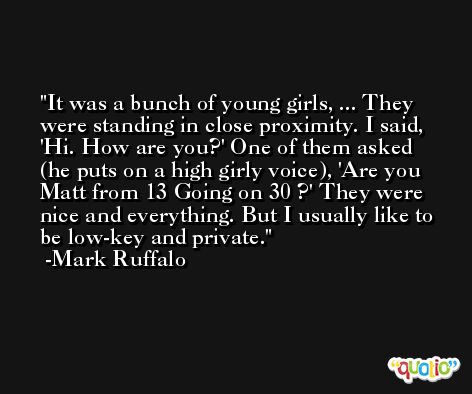 Sometimes I catch her looking at me a bit more amorously than usual. It certainly is the type of thing that doesn't hurt a love life. She keeps me in check when 13-year-old girls come running up to me.

I can't just 'Jim Carrey' something like that, ... I don't have that kind of genius. So I went and hired a clown and we did isolating exercises, where one part of your body does one thing and another part does something else. And then, at 2 in the morning, after working on it for hours, I was lying down, and I thought, 'Oh my God, I've got it now!' 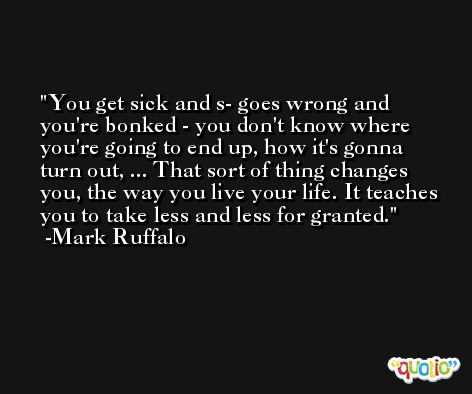 The differences between us as actors, Reese and I, seem to play out between us in our parts, ... I come from doing a lot of theater and I like rehearsals, while Reese jumps straight in. We're unlikely romantic leads that work well together.

It's not my favorite genre, generally, ... But I want to do it. I wanted to try my hand at it, because I was hearing around town, people saying that I couldn't do it. 'Mark Ruffalo can't do comedy. Mark Ruffalo can't be a romantic lead.' And so I was like, 'Those are fighting words, my friend.'