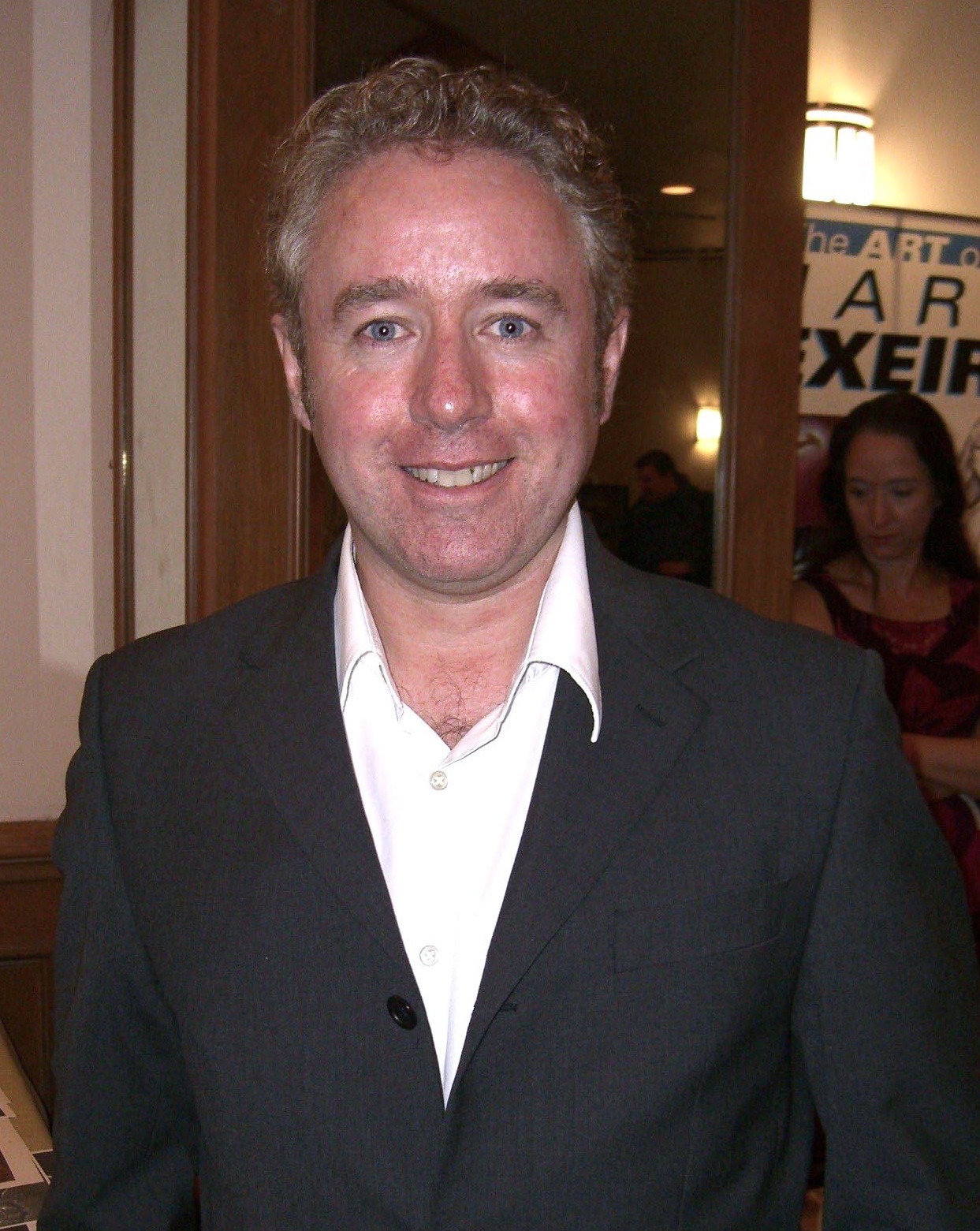 "Mark Millar", Order of the British Empire/MBE is a Scotland/Scottish comic book writer, known for his work on books such as The Authority, The Ultimates, The Sensational Spider-Man (vol. 2)/Marvel Knights Spider-Man, Ultimate Fantastic Four, Civil War (comic book)/Civil War, Wanted (comics)/Wanted, and Kick-Ass (comic book)/Kick-Ass, the latter two of which have been adapted into feature films.

For his work Millar has been nominated for four Eisner Awards and two Eagle Award (comics)/Eagle Awards, and in June 2013 he was recognized by Queen Elizabeth II as a Member of the Most Excellent Order of the British Empire for services to film and literature.

If you enjoy these quotes, be sure to check out other famous writers! More Mark Millar on Wikipedia.

The end of the series has massive ramifications. This is one of those things that comes along that shapes things for times to come. ... There's very much a pre-Civil War and post-Civil War Marvel Universe coming at you.

It's a split that relates to what we're living in now. 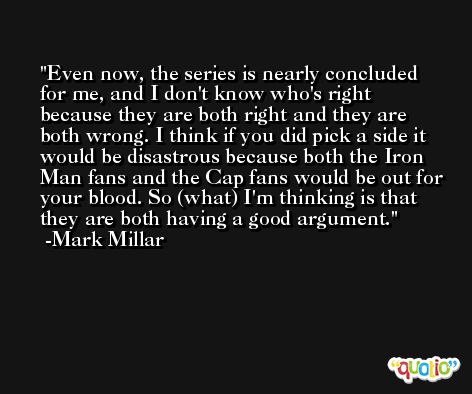