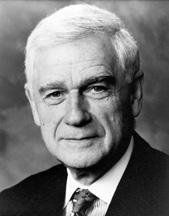 "Mark Odom Hatfield" was an American politician and educator from the state of Oregon. A Republican Party (United States)/Republican, he served for 30 years as a United States Senator from Oregon, and also as chairman of the Senate Appropriations Committee. A native Oregonian, he served in the United States Navy in the Pacific War/Pacific Theater during World War II after graduating from Willamette University. After the war he earned a graduate degree from Stanford University before returning to Oregon and Willamette as a professor.

If you enjoy these quotes, be sure to check out other famous politicians! More Mark Hatfield on Wikipedia.

It's like that across the board. It's very sad, but that's the society we live in.

The reality is, in most airports you don't have the luxury of that much space. 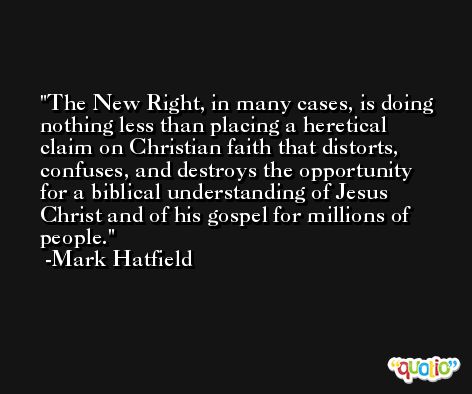 The process is designed to stimulate creative thinking and challenge conventional beliefs. In the end, it will allow us to work smarter and better as we secure America's transportation system.

No agency can, which is why it is vitally important that we are partnered with industry. 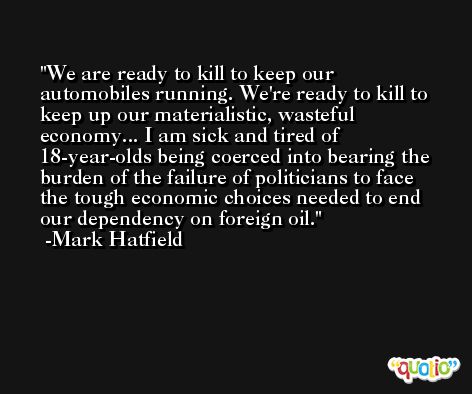 There's an application and a series of steps that an individual can take to seek redress.

We listen to our traveling public and we're looking at how to make this a little more comfortable. 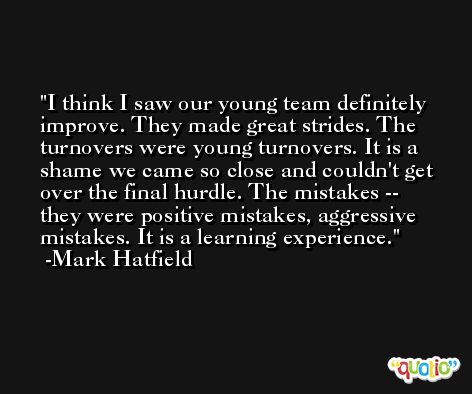