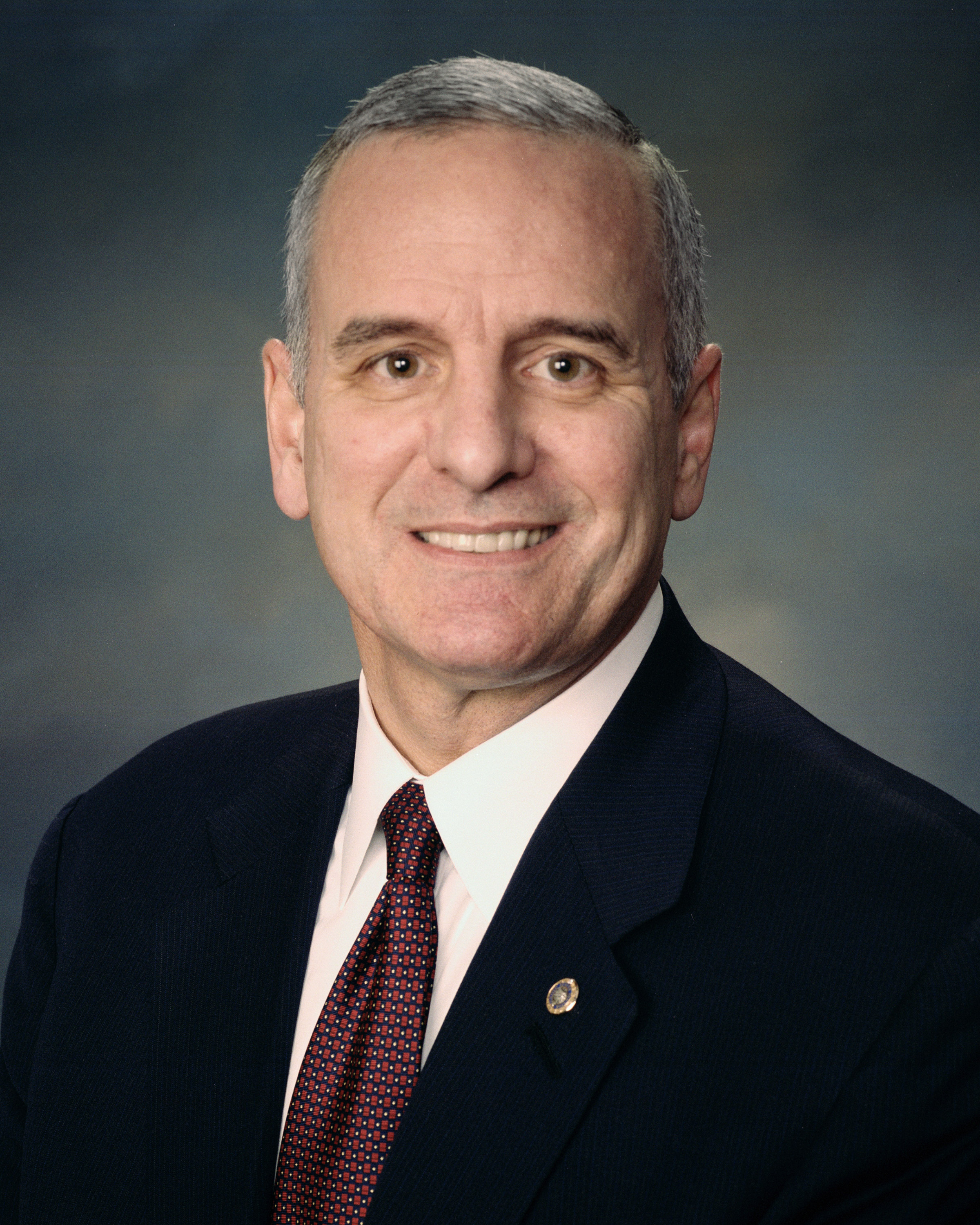 A native of Minnesota, Dayton is the great-grandson of businessman George Dayton, the founder of Dayton's/ Dayton's, a department store that later became the Target Corporation. He embarked on a career in teaching and social work in New York City and Boston after graduating from Yale University in 1969. During the 1970s, he served as a legislative aide to U.S. Senator Walter Mondale and Minnesota Governor Rudy Perpich. In 1978, Dayton was appointed the Minnesota Economic Development Commissioner and married Alida Rockefeller Messinger, a member of the Rockefeller family.

If you enjoy these quotes, be sure to check out other famous politicians! More Mark Dayton on Wikipedia.

The fine print in the President's Social Security proposal is that all present and future workers under age 55 will have their promised retirement benefits cut.

Many soldiers returning from Iraq and Afghanistan suffer from serious, long-term, physical and mental health problems, due to their service. It is unconscionable to cut the already limited health care benefits available to these brave men and women. 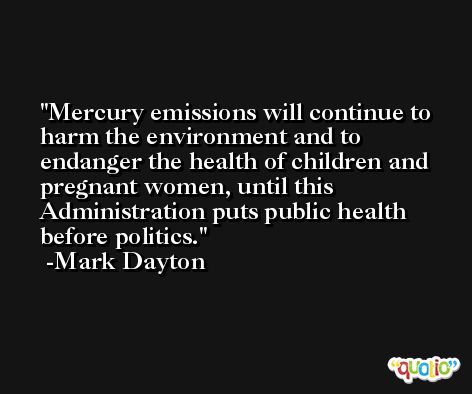 Its going to be a squeeze, but we have got to put our men and women in uniform ahead of everything else. We've got to be treating our reservists fairly before we move on to other procurements.

The Bush Administration claims there is a Social Security crisis only to distract Americans from its serious mismanagement of the federal budget. 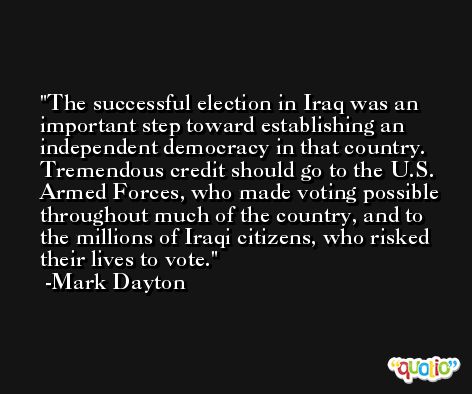 Assure me and the public that Northwest Airlines is meeting all necessary standards of reliability and safety.

So I rely on those assurances, ... That's her expertise and responsibility, and that of her agency. But I will continue to provide to her and to the inspector general the information and allegations brought to my attention by anyone involved in that inspection. 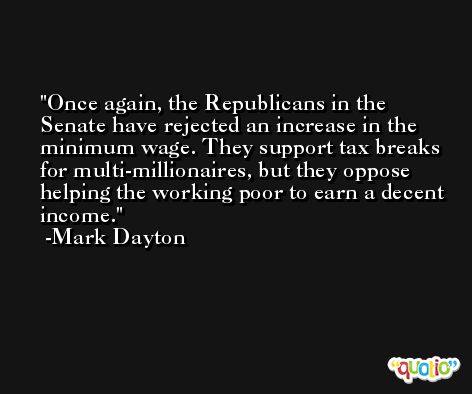