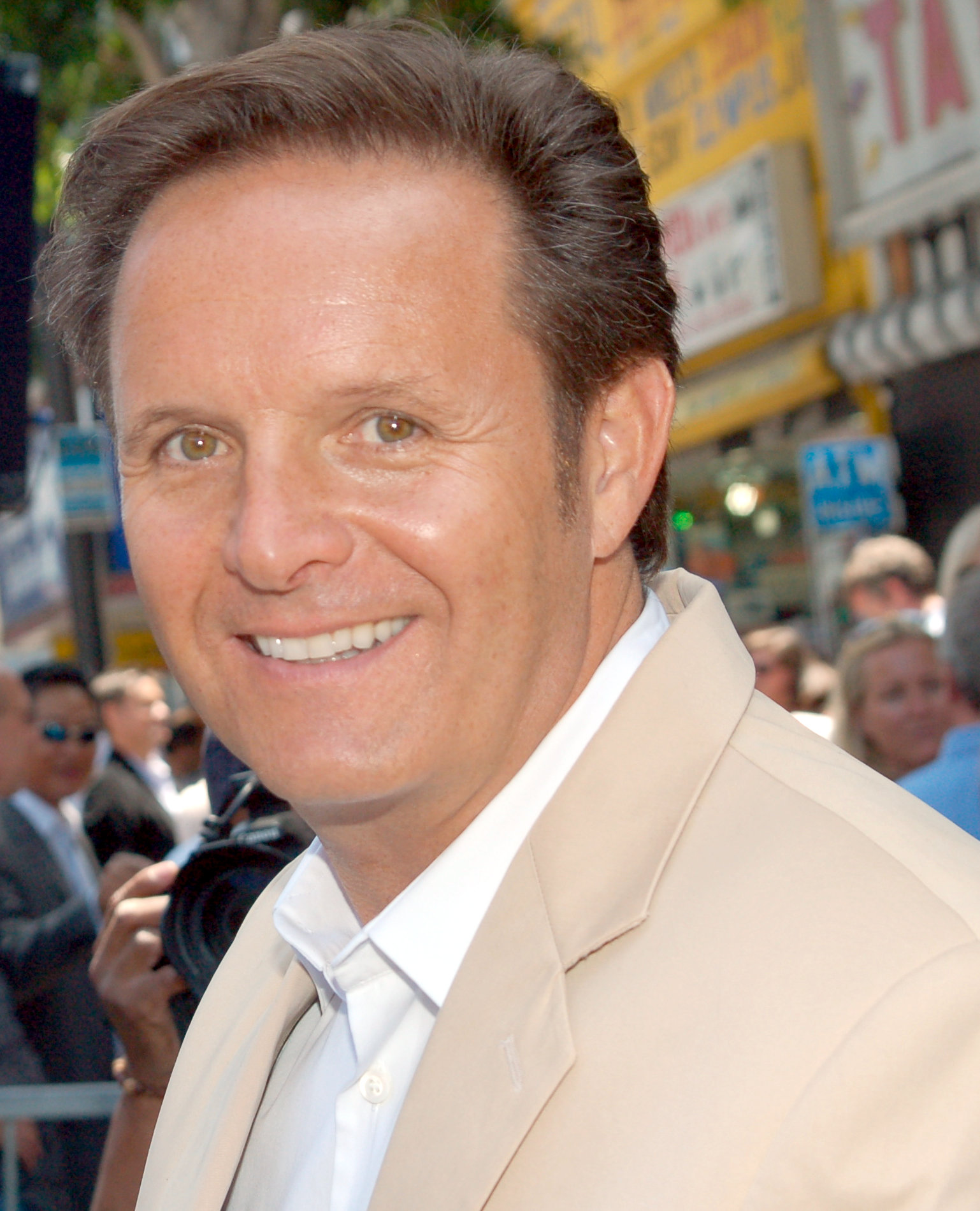 "Mark Burnett" is a television producer based in Los Angeles and is currently the CEO of United Artists Media Group, a subsidiary of MGM Holdings.

Burnett is currently the executive producer of eleven network television series. He has produced over 2,900 hours of television which regularly airs in over 70 countries and has received 112 Emmy nominations throughout his career. His current unscripted series are Survivor (TV series)/Survivor, The Apprentice (U.S. TV series)/The Apprentice, The Voice (U.S. TV series)/The Voice, The Sing Off, Shark Tank, Beyond the Tank, Are You Smarter Than a 5th Grader, 500 Questions and the People's Choice Awards. In addition to these network shows, Burnett also produces cable series: On the Menu, Women of the Bible, Lucha Underground, and Divine Intervention (working title). In 2013, TV Guide Magazine named Burnett "Producer of the Year." Also, Burnett was named one of the world's most influential people by Time (magazine)/TIME Magazine. He has won six Emmy Awards, one PGA Award and five People's Choice Awards as of November 2013, and his projects have garnered a total of 112 Emmy nominations. In 2014, The Hollywood Reporter named Burnett number one on the Top 50 Reality Players of 2014

If you enjoy these quotes, be sure to check out other famous businessmen! More Mark Burnett on Wikipedia.

They are brilliant -- including our first-ever MENSA member -- hungry and more international than ever.

I heard my name associated with the Peter Pan syndrome more than once. But really, what's so wrong with Peter Pan? Peter Pan flies. He is a metaphor for dreams and faith. 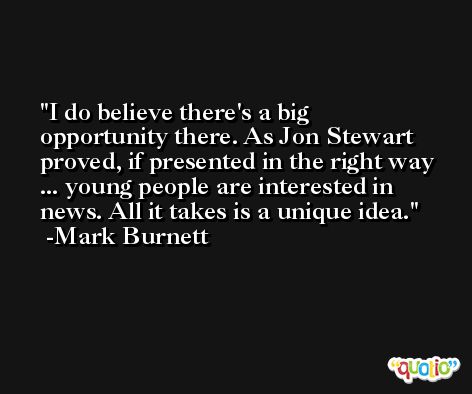 If you think about the amount of people that are online all day, it's staggering. It's an audience that's already hooked in. 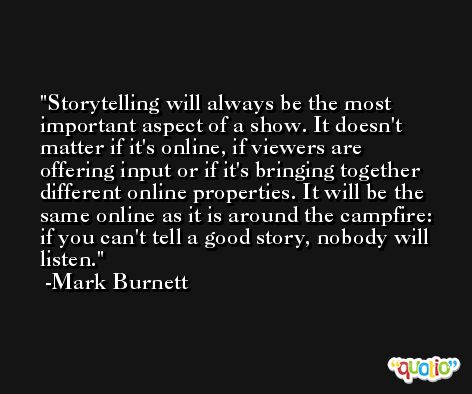 The winner of CBS' Rock Star will not only play in huge stadiums before sold-out crowds, they will do it alongside legendary musicians from three of America's biggest, all-time rock bands.

We're not that far from people watching TV on the same screen as the computer, with interactivity back and forth. It's the interactivity that TV lacks right now and that is a major advantage for the Internet. 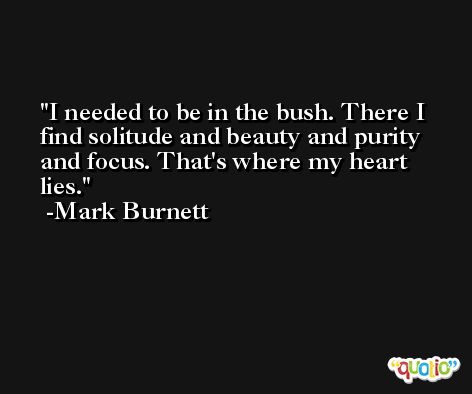