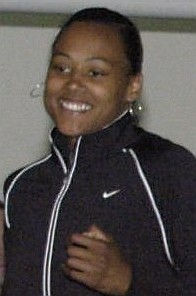 "Marion Lois Jones", also known as "Marion Jones-Thompson", is a former world champion Track and field/track and field athlete, a former professional basketball player for Tulsa Shock in the Women's National Basketball Association/WNBA. She won 3 gold medals at the 2000 Summer Olympics in Sydney, Australia, but was later stripped of the titles after admitting doping.

At the time of her admission and subsequent guilty plea, Marion Jones was one of the most famous athletes to be linked to the BALCO scandal. The case against BALCO covered more than 20 top level athletes including Jones' ex-husband shot putter C.J. Hunter and 100m sprint running/sprinter Tim Montgomery, the father of Jones' first child.

If you enjoy these quotes, be sure to check out other famous athletes! More Marion Jones on Wikipedia.

I want to be an Olympic champion.

We just had to keep our composure and play as a team and we couldn't go wrong. We were down 10, came back and proved that we're the champions. 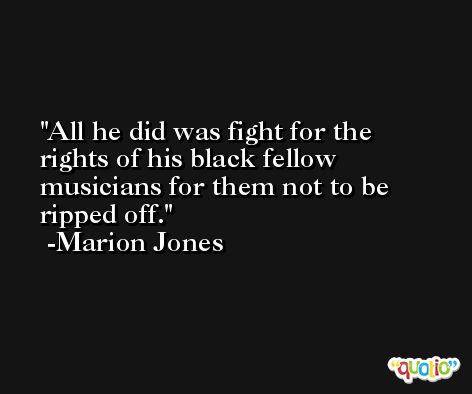 About two weeks after he was born, I got back and started jogging and running. Now I'm full blast and I hope to make my return pretty soon.