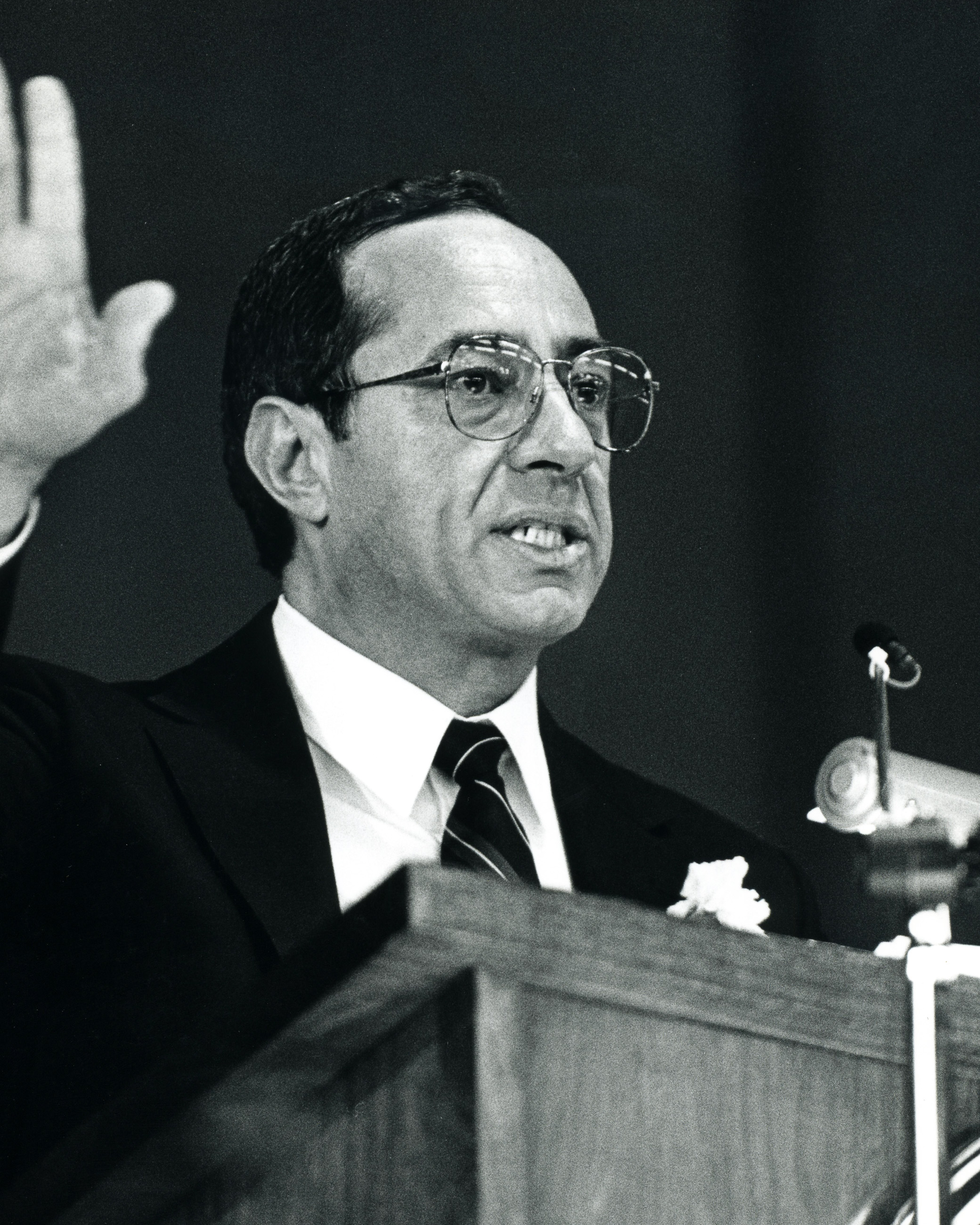 Cuomo was known for his Modern liberalism in the United States/liberal views and public speeches, particularly his Keynote/keynote speech at the 1984 Democratic National Convention where he criticized Ronald Reagan's policies. The speech brought him to national attention, and he was widely considered a front-runner for the Democratic nomination for President in both Democratic Party presidential primaries, 1988/1988 and Democratic Party presidential primaries, 1992/1992, but he declined to seek the nomination in both instances. His legacy as a reluctant standard-bearer for the Democrats in presidential elections led to him being dubbed "Hamlet on the Hudson River/Hudson".

Cuomo was New York gubernatorial election, 1994/defeated for a fourth term as Governor by George Pataki in the Republican Revolution of 1994, and he subsequently retired from politics. He was the father of five, including Andrew Cuomo, the current Governor of New York, and journalist Chris Cuomo, currently at CNN.

If you enjoy these quotes, be sure to check out other famous politicians! More Mario Cuomo on Wikipedia.

The price of seeking to force our beliefs on others is that someday they might force their beliefs on us.

There are few things more amusing in the world of politics than watching moderate Republicans charging to the right in pursuit of greater glory. 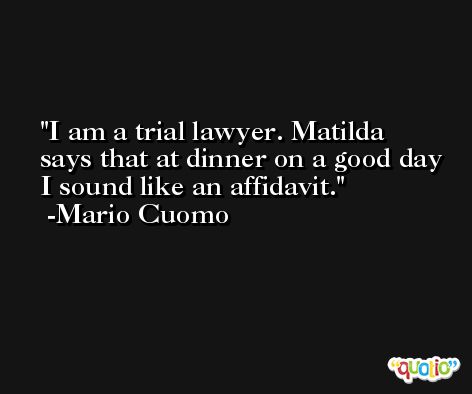 Every time I've done something that doesn't feel right, it's ended up not being right. 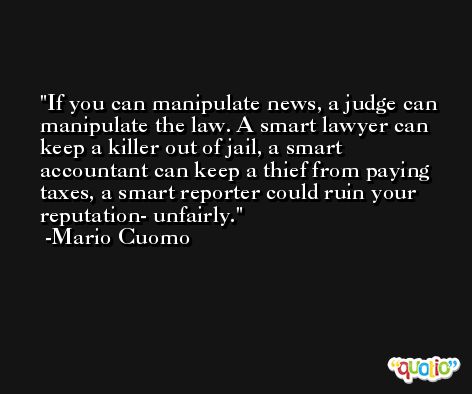 I watched a small man with thick calluses on both hands work fifteen and sixteen hours a day. I saw him once literally bleed from the bottoms of his feet, a man who came here uneducated, alone, unable to speak the language, who taught me all I needed to know about faith and hard work by the simple eloquence of his example.

People expect Byzantine, Machiavellian logic from politicians. But the truth is simple. Trial lawyers learn a good rule: 'Don't decide what you don't have to decide.' That's not evasion, it's wisdom.