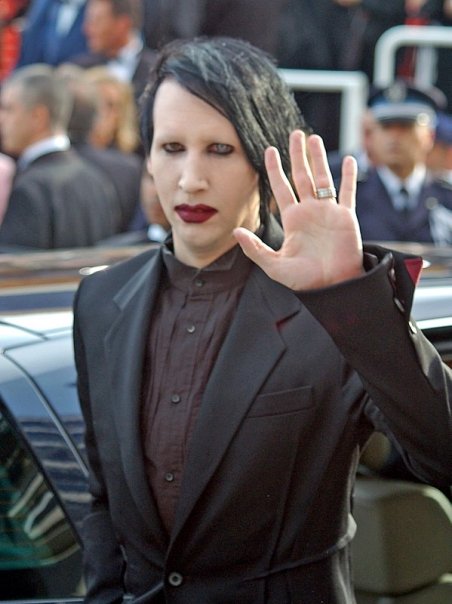 "Brian Hugh Warner", better known by his stage name "Marilyn Manson", is an American musician, songwriter, multi-instrumentalist, actor, painter, multimedia artist, and former Music journalism/music journalist. He is known for his controversial stage personality and image as the eponymous lead singer of the band Marilyn Manson (band)/Marilyn Manson, which he co-founded with Daisy Berkowitz and of which he remains the only constant member. His stage name was formed by juxtaposing the names of two American cultural icons, namely actress Marilyn Monroe and Manson Family leader Charles Manson.

He is perhaps best known for his songs and albums released in the 1990s, such as 1996's Antichrist Superstar and 1998's Mechanical Animals, which along with his public image earned him a reputation in the mainstream media as a controversial figure and a negative influence on young people. In the US alone, three of the band's albums have been awarded platinum and three more went gold, and the band has had eight releases debut in the top ten, including two number-one albums. Manson has been ranked number 44 in the Top 100 Heavy Metal Vocalists by Hit Parader, and has been nominated for four Grammy Awards.

If you enjoy these quotes, be sure to check out other famous musicians! More Marilyn Manson on Wikipedia.

When you're taught to love everyone, to love your enemies, then what value does that place on love?

Music and image has continued to get more extreme as the world gets more extreme. We are the consequence of the modern decaying civilization. 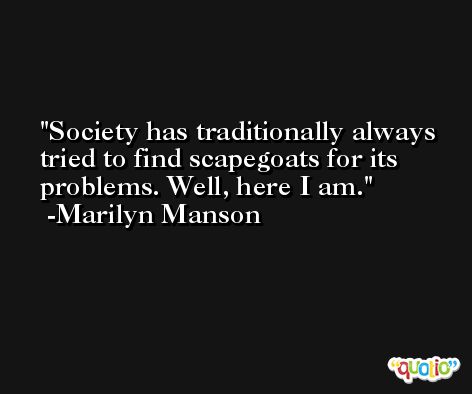 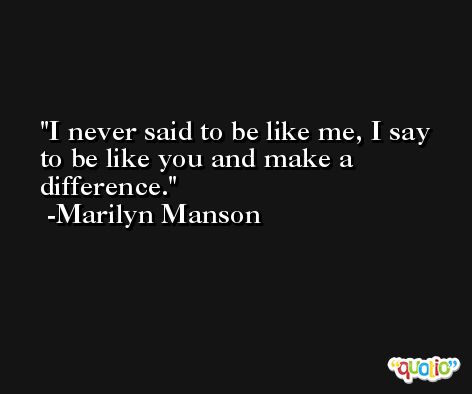 I'm not against God, I'm against the misuse of God.

I'm tired of people calling me a devil worshipper. It's kind of pointless you know. Because if the Devil did exist, he'd be worshipping me, because I'm more successful than he is. 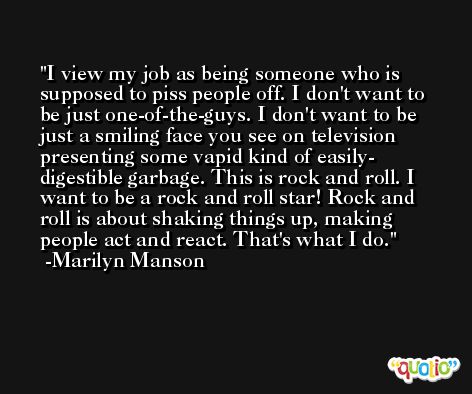 I fear being like everyone I hate, I fear failure, I fear losing control. I love balancing between chaos and control with everything I do. I always have a fear of going one way or another, getting lost in something, or losing everything to get lost in. And I fear being a completely acceptable sheep in society. 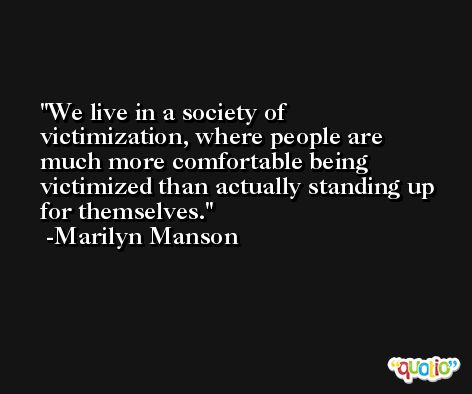 Music is the strongest form of magic.

Music critics get their records for free so their opinions usually don't matter. 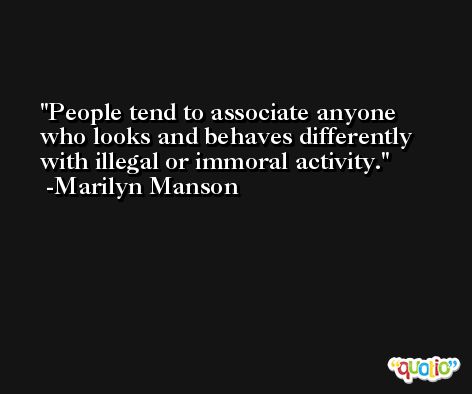