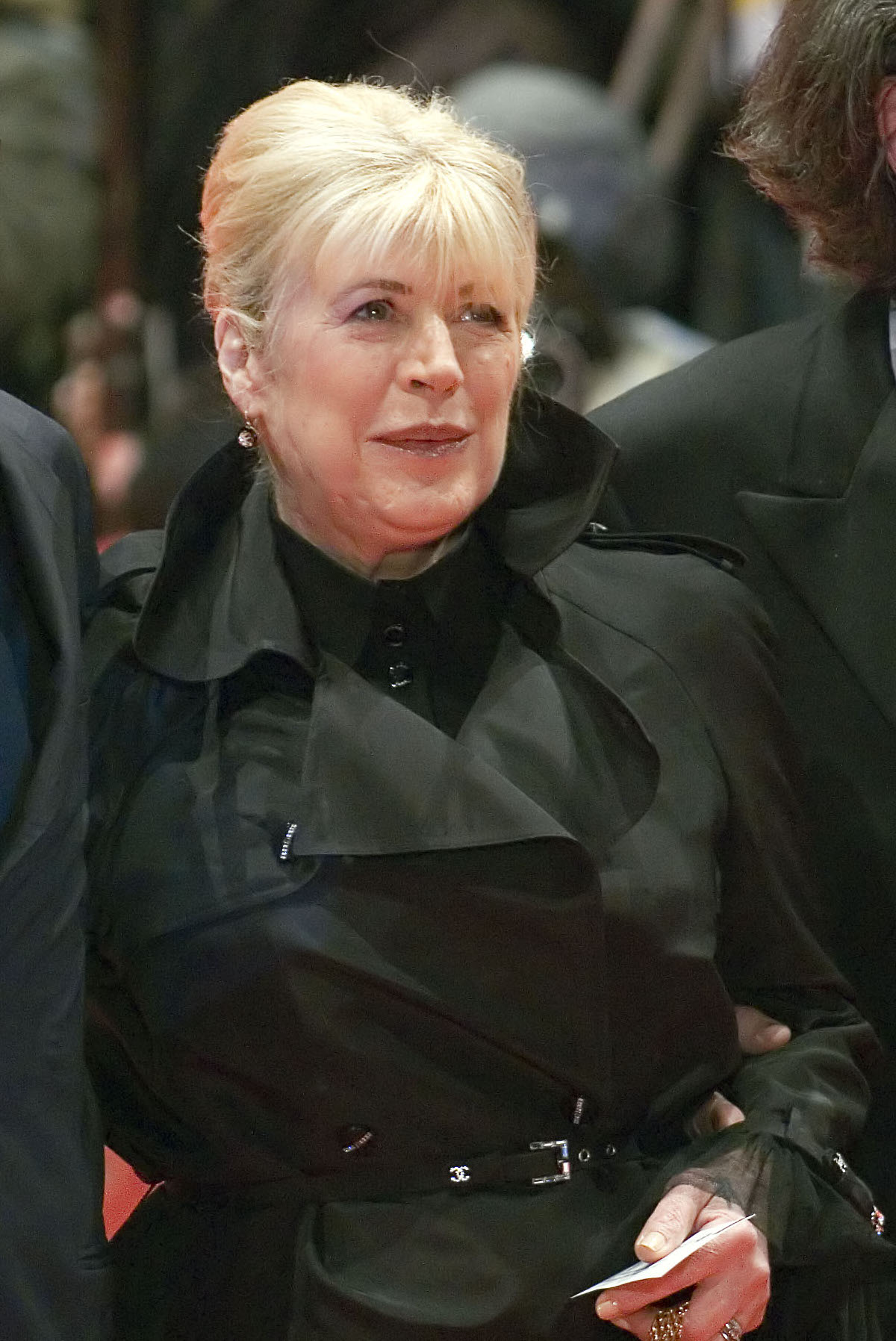 "Marianne Evelyn Faithfull" is an English singer, songwriter and actress, whose career has spanned six decades.

Her early work in pop and rock music in the 1960s was overshadowed by her struggle with drug abuse in the 1970s. During the first two-thirds of that decade, she produced only two little-noticed studio albums. After a long commercial absence, she returned late in 1979 with the highly acclaimed album Broken English (album)/Broken English. Faithfull's subsequent solo work, often critically acclaimed, has at times been overshadowed by her personal history.

From 1966 to 1970, she had a highly publicised romantic relationship with The Rolling Stones lead singer Mick Jagger. She co-wrote "Sister Morphine", which is featured on the Rolling Stones' Sticky Fingers album.

If you enjoy these quotes, be sure to check out other famous musicians! More Marianne Faithfull on Wikipedia.

I think drugs were used by me as a way of suppressing my natural spirit.

I never trusted anybody at all. I don't know why it was so hard, I just didn't. 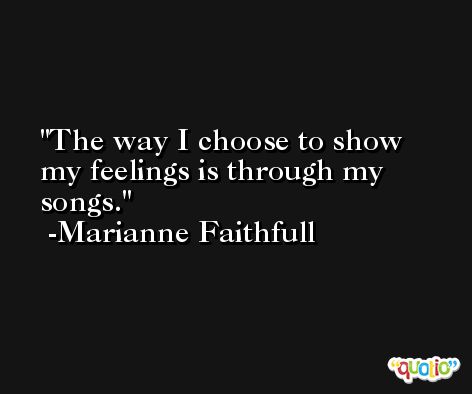 The really explicit phrase is doors of perception. 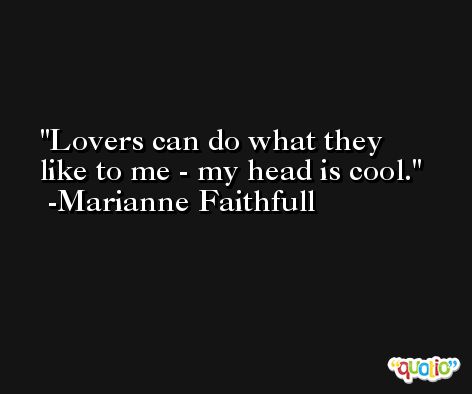 The voice of God, if you must know, is Aretha Franklin's.