"Margaret Halsey" was an United States/American writer who lived in the United Kingdom for a short time. Her first book With Malice Towards Some (1938) grew out of her experiences there. It was a witty and humorous bestseller, selling 600,000 copies. It won one of the List of National Book Award winners#1935 to 1941/early National Book Awards: the Most Original Book of 1938, voted by members of the American Booksellers Association.

According to her obituary in The New York Times, she was "a witty writer with an acute social concern, [and] was compared to Dorothy Parker and H. L. Mencken".

If you enjoy these quotes, be sure to check out other famous writers! More Margaret Halsey on Wikipedia.

Whenever I dwell for any length of time on my own shortcomings, they gradually begin to seem mild, harmless, rather engaging little things, not at all like the staring defects in other people's characters.

The role of a do-gooder is not what actors call a fat part. 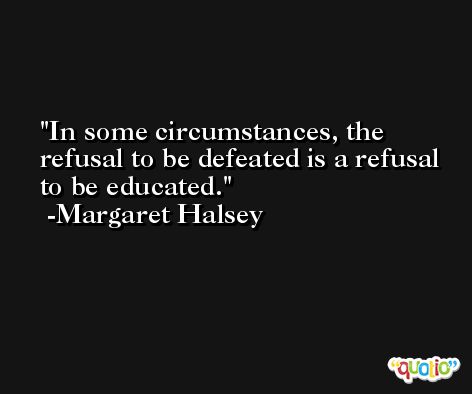 Some persons talk simply because they think sound is more manageable than silence.

He has the common feeling of his profession. He enjoys a statement twice as much if it appears in fine print, and anything that turns up in a footnote... takes on the character of divine revelation. 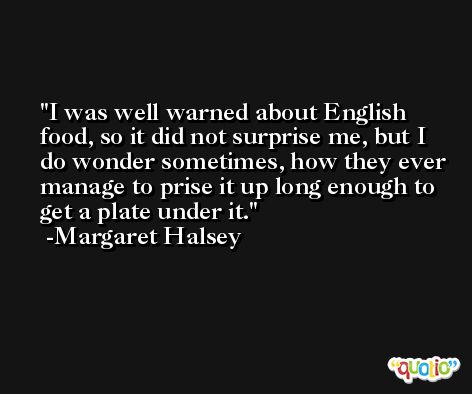 The English never smash in a face. They merely refrain from asking it to dinner.

Bulldogs have been known to fall on their swords when confronted by my superior tenacity. 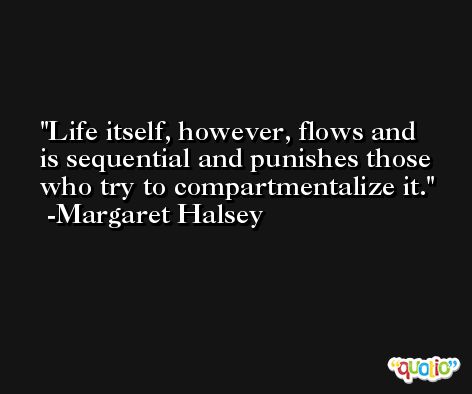