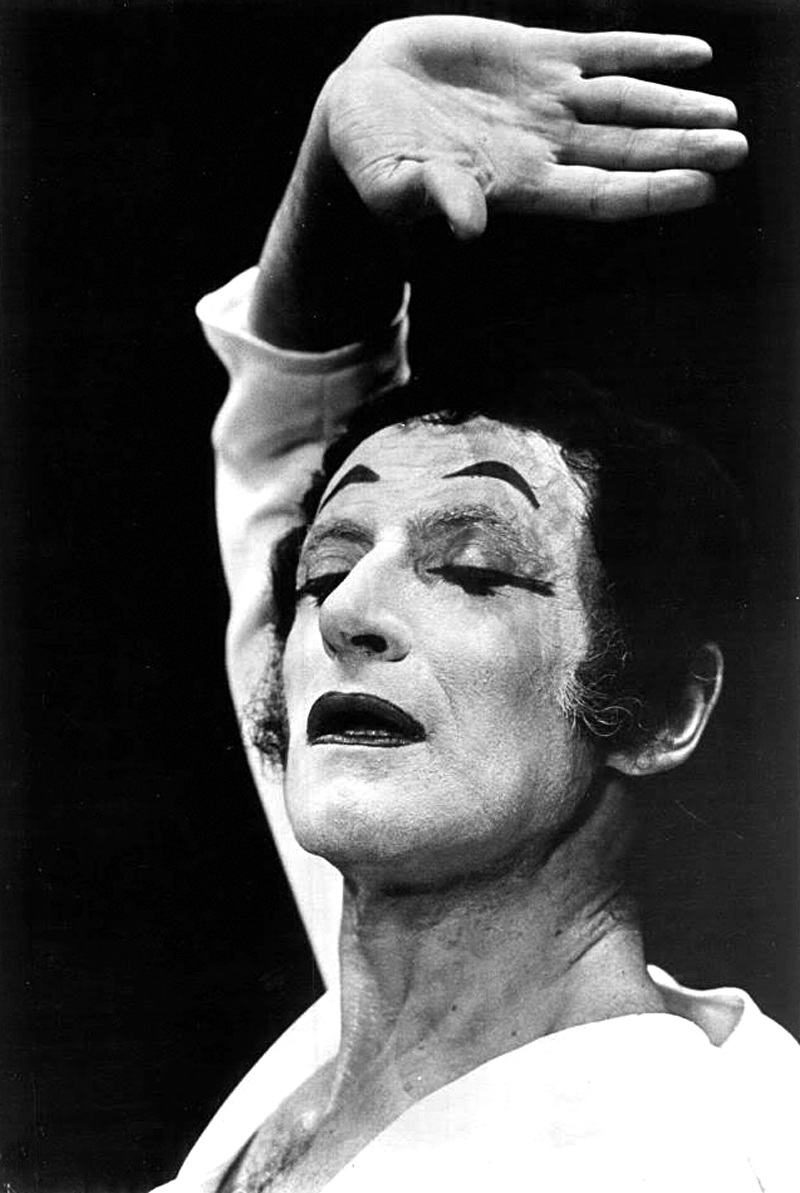 "Marcel Marceau" was a French actor and mime most famous for his stage persona as "Bip the Clown." He referred to mime as the "art of silence," and he performed professionally worldwide for over 60 years. As a youth, he lived in hiding and worked with the French Resistance during most of World War II, giving his first major performance to 3000 troops after the liberation of Paris in August 1944. Following the war, he studied dramatic art and mime in Paris.

In 1959 he established his own pantomime school in Paris, and subsequently set up the Marceau Foundation to promote the art in the U.S. Among his various awards and honours, he was made "Grand Officier de la Légion d'Honneur" (1998) and was awarded the National Order of Merit (1998) in France. He won the Emmy Award for his work on television, was elected member of the Academy of Fine Arts in Berlin, and was declared a "National treasure" in Japan. He was friends with Michael Jackson for nearly 20 years, and Jackson said he would use some of Marceau's techniques in his own dance steps.

If you enjoy these quotes, be sure to check out other famous actors! More Marcel Marceau on Wikipedia.

I have designed my style pantomimes as white ink drawings on black backgrounds, so that man's destiny appears as a thread lost in an endless labyrinth. I have tried to shed some gleams of light on the shadow of man startled by his anguish.

It's good to shut up sometimes. 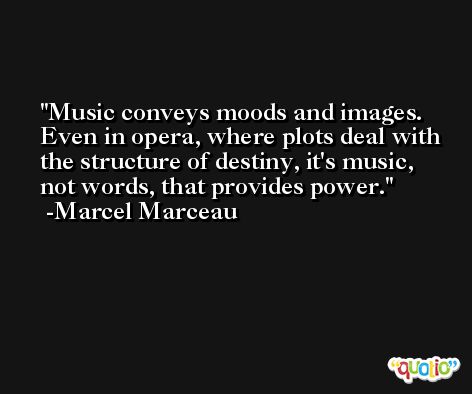 In silence and movement you can show the reflection of people.

To communicate through silence is a link between the thoughts of man. 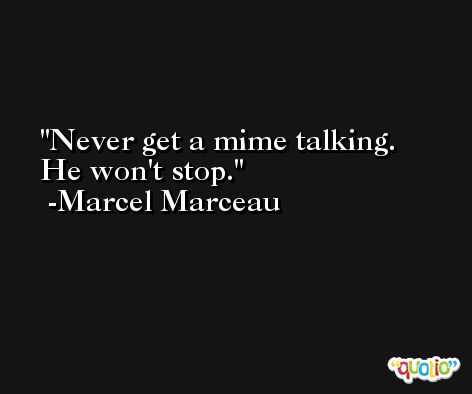 A magician makes the visible invisible. A mime maks the invisble visible.

Do not the most moving moments of our lives find us all without words? 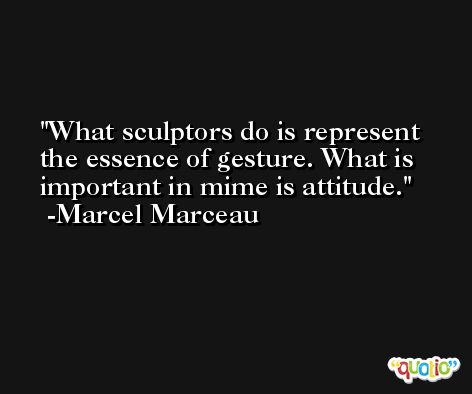