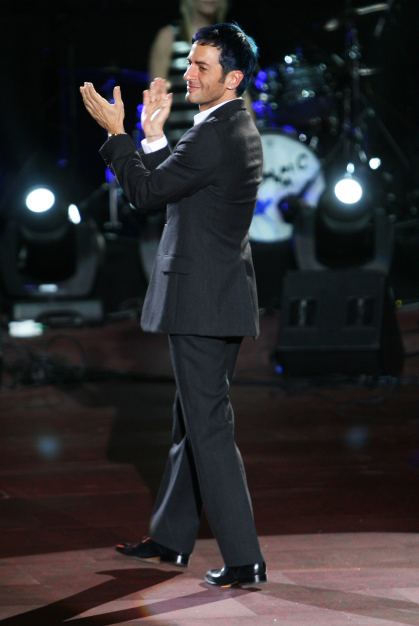 "Marc Jacobs" is an United States/American fashion designer. He is the head designer for Marc Jacobs, as well as Marc by Marc Jacobs, a diffusion line, with over 200 retail stores in 80 countries. He was the creative director of the French design house Louis Vuitton from 1997 to 2013. Jacobs was on Time (magazine)/Time magazine's "2010 Time 100" list of the 100 most influential people in the world, and ranked number 14 on Out (magazine)/Out magazine's 2012 list of "50 Most Powerful Gay Men and Women in America".

If you enjoy these quotes, be sure to check out other famous designers! More Marc Jacobs on Wikipedia.

Actually, there are a lot of different small accessories and they can all be sort of assembled on one belt. But (they're) very, very feminine. There's nothing military about them.

Color is bigger than ever, ... We have been talking about color for a few years, and this season it is taking off. With our idea of fused color, it is off the chart. We are mixing lavender with grass and salmon with tangerines. Really beautiful -- green and yellow all in the same lens, and it just gives it a fabulous effect. 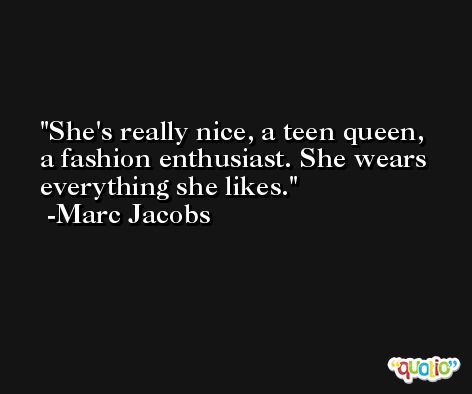 Before we opened, we did some research on the North Shore and we found that people wanted both Italian and seafood. Those are the two things we heard the most, and we thought, let's give 'em both.

Happy, happy fashion - there is not much more to it than that. 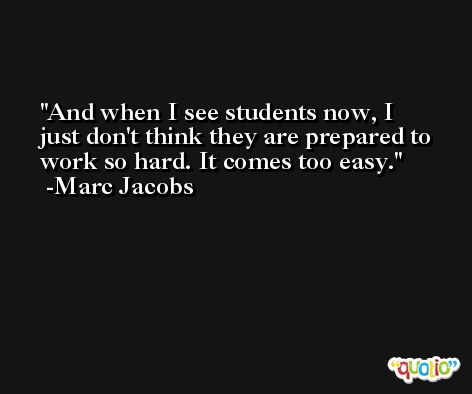 Whoever moved those show dates up in New York should be executed.

The shapes are more angular, more aviator in feeling. A little bit larger and oversize, ... They're also doing wonderful combinations, mixing the acetates with metals, and wonderful colored lenses are bigger than ever again. 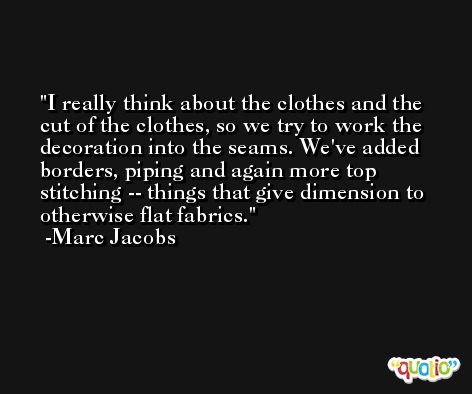