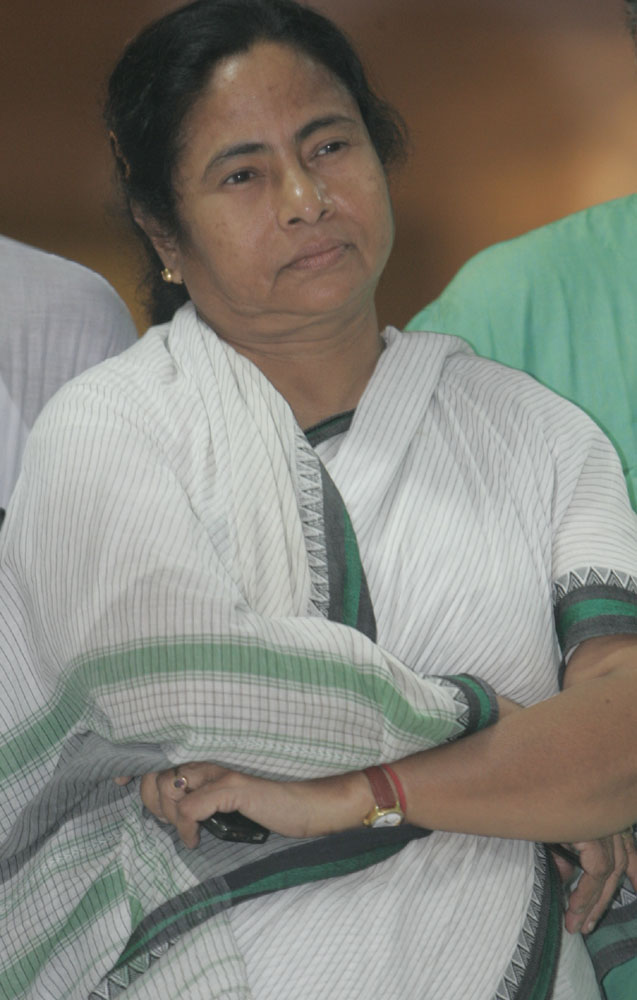 "Mamata Banerjee" is an Indian politician who has been Chief Minister of West Bengal since 2011. She is the first woman to hold the office. Banerjee founded the party All India Trinamool Congress (AITMC or TMC) in 1997 and became its chairperson, after separating from the Indian National Congress. She is often referred to as Didi (meaning elder sister in Bengali language/Bengali). In 2011 Banerjee pulled off a landslide victory for the TMC Congress alliance in West Bengal by defeating the 34-year old Communist Party of India (Marxist)-led Left Front (India)/Left Front government, the world's longest-serving democratically-elected communist government.

Our feedback says that there is a silent revolution taking place in West Bengal. The people are on the verge of writing history ... A new epoch will start from May 12.

We have not shut our doors for discussion. If they want to sit with us we are ready for that. 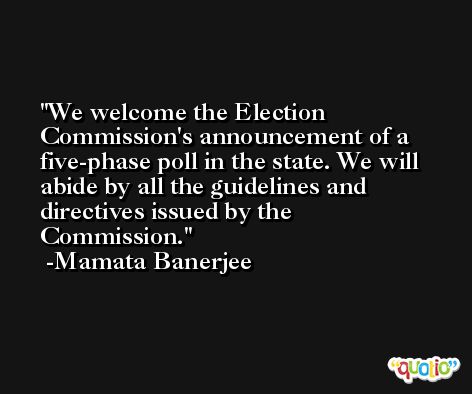 He was a political opponent but a good human being.

I always respected him and I was with him when he was admitted to the nursing home. 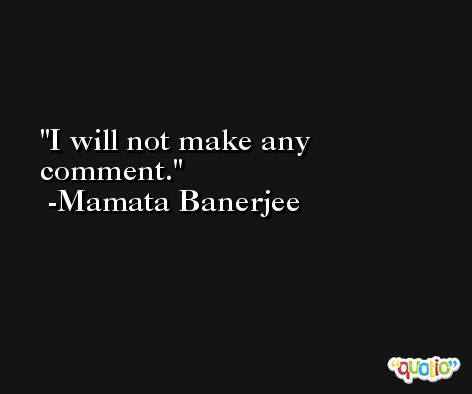 He was a political adversary. But I am grieved at his loss. My condolences to the family. He was a good man.

We have talked about the infiltration problem but not mentioned any community.