"Thomas Malcolm Muggeridge" was a United Kingdom/British journalist, author, media personality, and satirist. During World War II, he worked for the British government as a soldier and a spy. As a young man, Muggeridge was a left-wing sympathiser but he later became a forceful anti-communist. He is credited with bringing Mother Teresa to popular attention in the West and stimulating debate about Catholic theology. In his later years he became a religious and moral campaigner.

If you enjoy these quotes, be sure to check out other famous journalists! More Malcolm Muggeridge on Wikipedia.

Sex is the ersatz or substitute religion of the 20th Century.

The orgasm has replaced the cross as the focus of longing and fulfillment. 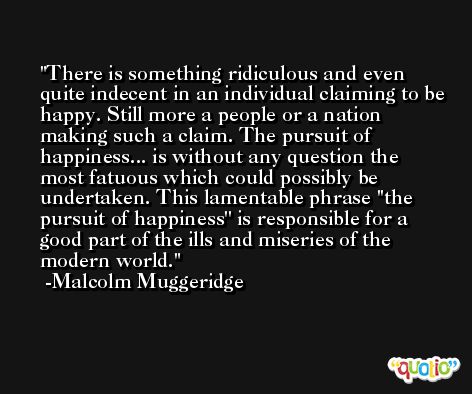 Never forget that only dead fish swim with the stream. 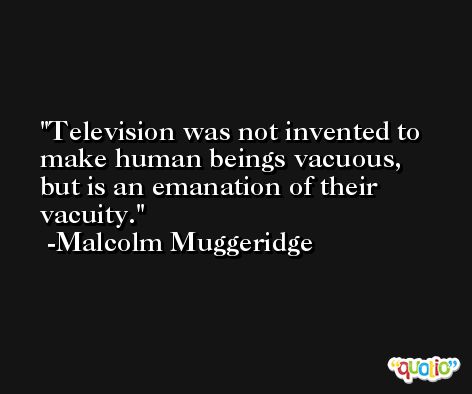 Few men of action have been able to make a graceful exit at the appropriate time. 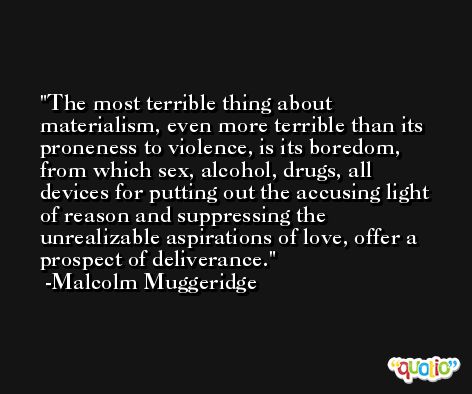