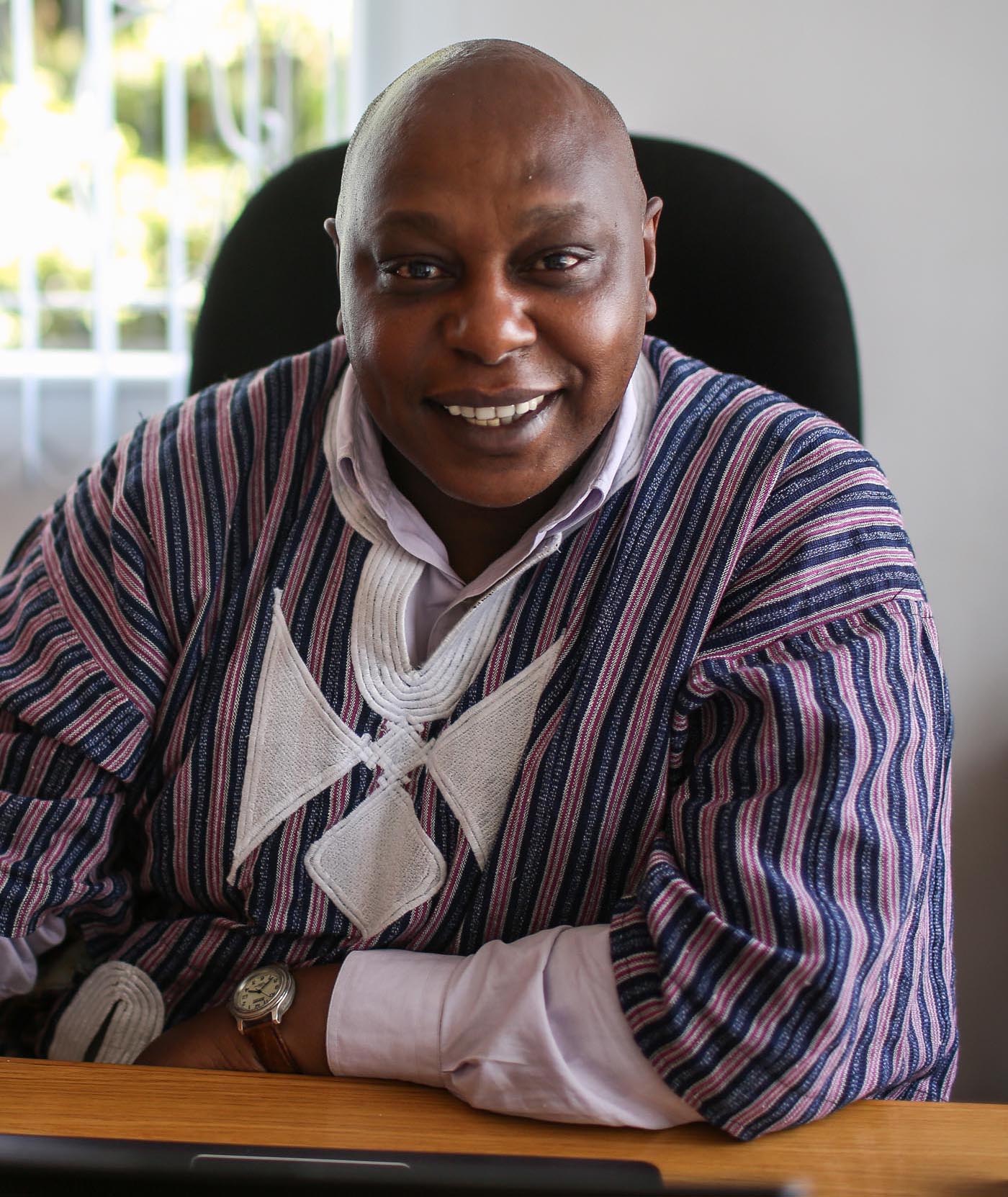 Kiai is also active in human rights work in Kenya, where he has focused on combating corruption, supporting political reform, and fighting against impunity following 2007-08 Kenyan crisis/post-election violence that engulfed Kenya in 2008.

It's been about ethnicity and political payback, not the constitution.

There has been a complete lack of political will, a total lack of commitment on the part of the government to uproot graft in this country. The people who were implicated in major corruption scandals are still key personalities in high-level civil service. Nothing is new. These people are still in office. They have not been touched. 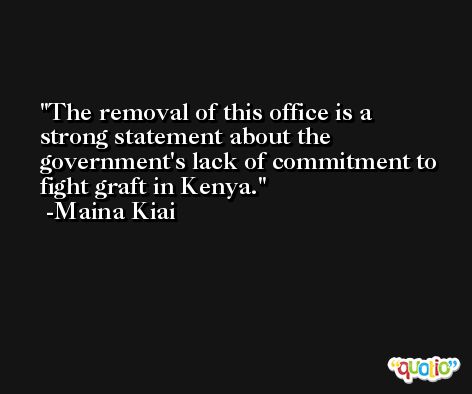 The ministry can affect our independence through delayed disbursements or reallocation of the budget.

In order to maintain the integrity of the investigation, those implicated should step aside while the Kenya Anti-Corruption Commission (KACC) investigates the allegations against them. 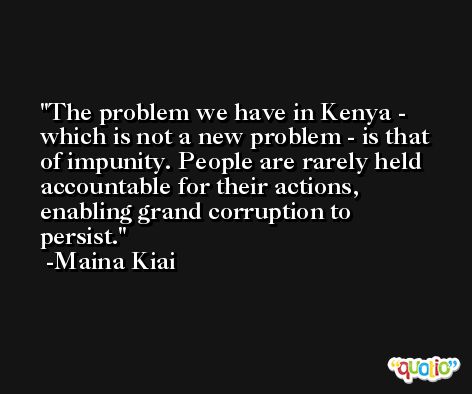 The Head of the Civil Service should stop the use of private plates because ministers and other Government officials use the privilege to cover up abuse.

The part that's annoying is that they've come in on a platform of change, but they have shown the same extravagance, the same disrespect of the people as the previous regime. 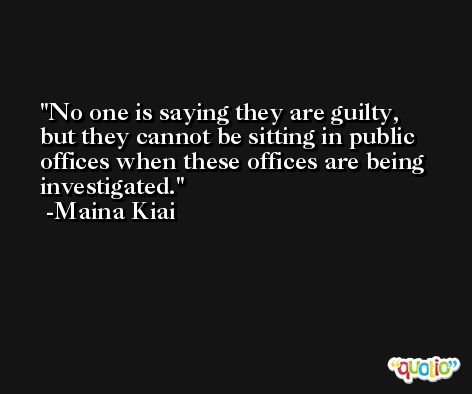