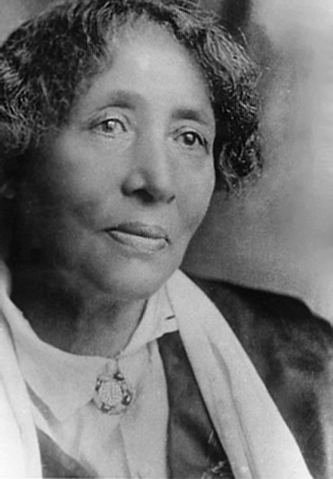 "Lucy Eldine Gonzalez Parsons" was an United States/American labor movement/labor organizer, Far-left politics/radical socialist and anarchist communist. She is remembered as a powerful orator. Parsons entered the radical movement following her marriage to newspaper editor Albert Parsons and moved with him from Texas to Chicago, where she contributed to the newspaper he famously edited, The Alarm (newspaper)/The Alarm. Following her husband's 1887 execution in conjunction with the Haymarket Affair, Parsons remained a leading American radical activist as a member of the Industrial Workers of the World and other political organizations.

"Can you not see that it is the INDUSTRIAL SYSTEM and not the "boss" which must be changed?"

Anarchists know that a long period of education must precede any great fundamental change in society, hence they do not believe in vote begging, nor political campaigns, but rather in the development of self-thinking individuals. 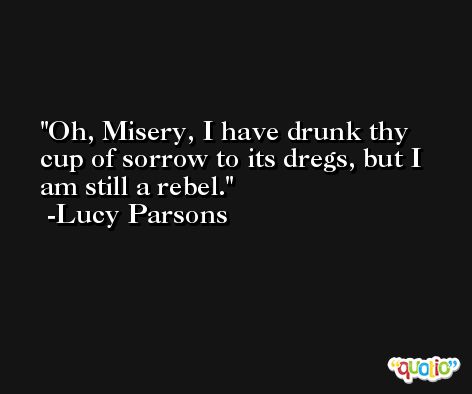 So many able writers have shown that the unjust institutions which work so much misery and suffering to the masses have their root in governments, and owe their whole existence to the power derived from government we cannot help but believe that were every law, every title deed, every court, and every police officer or soldier abolished tomorrow with one sweep, we would be better off than now.