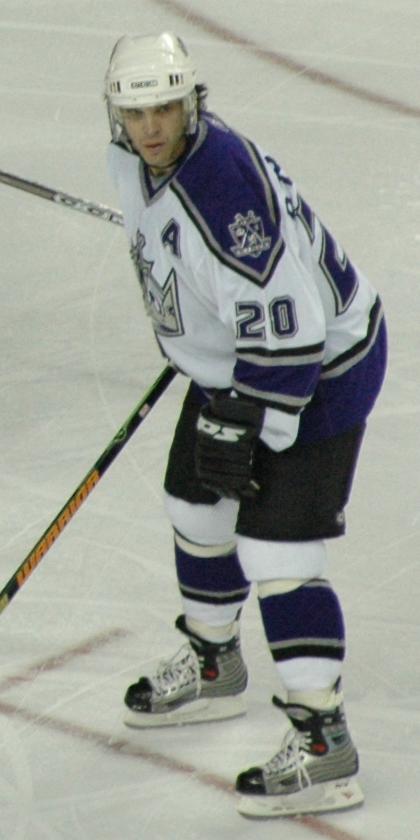 "Luc Jean-Marie Robitaille" is a retired Canada/Canadian professional ice hockey player, and currently serves as President of business operations for the Los Angeles Kings of the National Hockey League (NHL).

During his 19-season National Hockey League (NHL) career, Robitaille won the Stanley Cup in 2001–02 NHL season/2001–02 with the Detroit Red Wings, and played for the Pittsburgh Penguins and New York Rangers, but is most known for his fourteen seasons, over three different stints, with the Kings. He served as Kings captain (ice hockey)/team captain during the 1992–93 NHL season/1992–93 season (while Wayne Gretzky was injured) and for the final two games of the 2005–06 NHL season/2005–06 season. Robitaille retired after the 2005–06 season as the highest-scoring Winger (ice hockey)/left winger in NHL history and the holder of several Kings franchise records, along with numerous Kings playoff records.

He took his stick and drew a circle with about a 6-foot radius and said, 'Put it anywhere in there.'

I guess he was tired of the day-in, day-out grind. 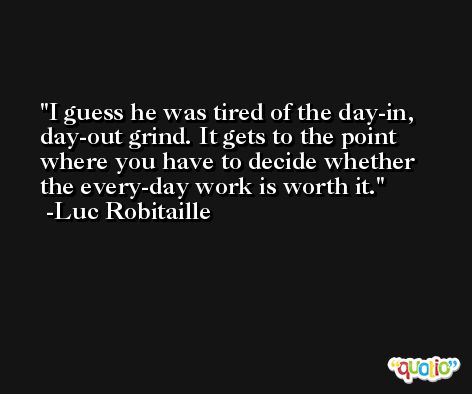 I think it was the right thing to do. We needed to get those people out of there and get them another chance in life.

We just battled all night and never quit. It was pure hard work. It was a very rewarding victory. 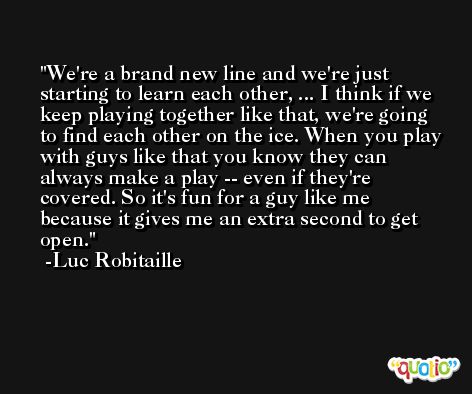 I still really like it. I knew I had to do a lot to get ready for this season. I started skating in July, which I never do. I skated a little more than usual in August. I still love this game.

It's certainly something I'll cherish forever. It was an amazing night. Nights like this are always fun when you win on top of it. I wanted it to happen earlier, but it was special to do it at home. I have so many great memories here. 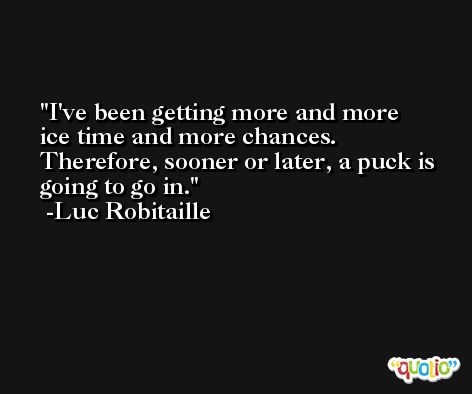