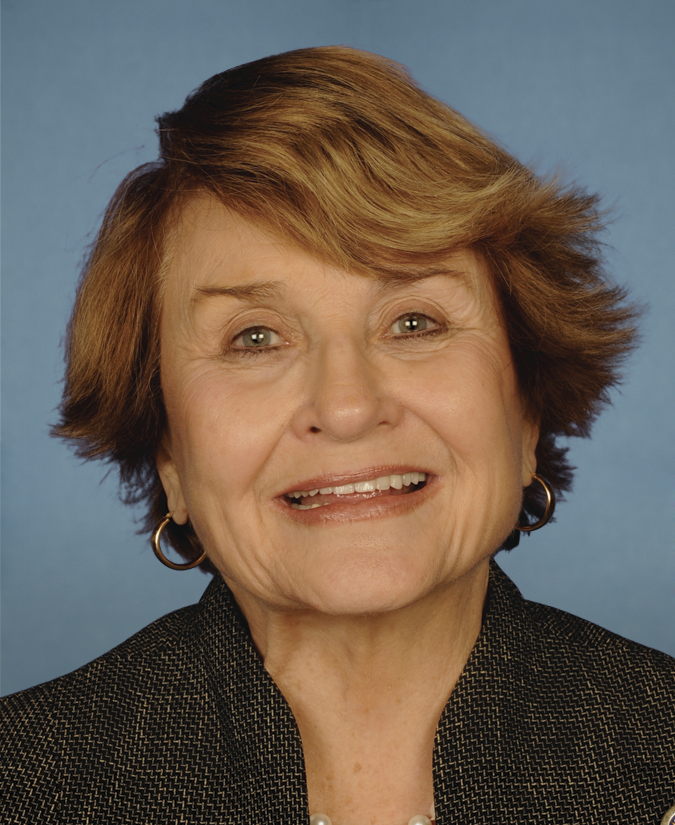 "Dorothy Louise Slaughter" is the United States House of Representatives/United States representative for New York's 25th congressional district, serving since 1987. She is a member of the Democratic Party (United States)/Democratic Party. The district, numbered as the 30th District from 1987 to 1993 and the 28th District from 1993 to 2013, is based in Rochester, New York/Rochester and includes most of surrounding Monroe County, New York/Monroe County Formerly the Chairwoman of the House Rules Committee from 2007 until 2011, she has served as ranking minority member of the Committee since 2011, a post she also held from 2005 to 2007.

If you enjoy these quotes, be sure to check out other famous politicians! More Louise Slaughter on Wikipedia.

We realize they've got other customers. They've got China. They've got India,â€ Slaughter continued, â€œBut by George, we've got to do something to protect the American economy.

Wants to place the retirement needs of millions of hard-working women and families in the hands of his corporate cronies. 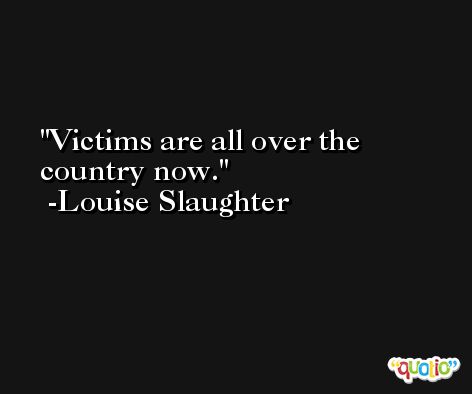 Proponents of this bill are not just chipping away at the right to choose, they are taking a jackhammer to it.

This bill would create the first federal law that would recognize a fertilized egg as a victim of a crime. 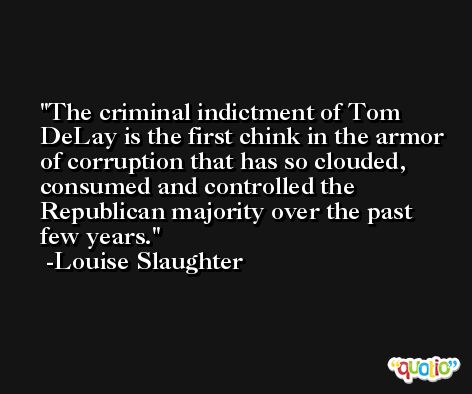 Exxon-Mobil alone, one oil company, brought in more than $7.6 billion dollars in profits over the last three months.

We need bipartisan support. We believe we can get it and we will get it. 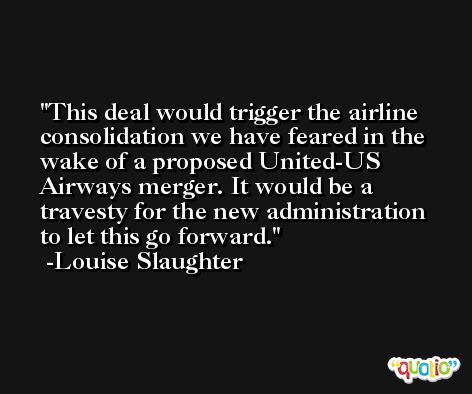