"Loren Eiseley" was an American anthropologist, educator, philosopher, and natural science writer, who taught and published books from the 1950s through the 1970s. During this period he received more than 36 honorary degrees and was a fellow of many distinguished professional societies. At his death, he was Benjamin Franklin Professor of Anthropology and History of Science at the University of Pennsylvania.

He was noted as a “scholar and writer of imagination and grace,” which gained him a reputation and a record of accomplishment far beyond the campus where he taught for 30 years. Publishers Weekly referred to him as "the modern Thoreau." In the broad scope of his many writings he reflected upon such diverse topics as the mind of Sir Francis Bacon, the prehistoric origins of man, and the contributions of Charles Darwin.

If you enjoy these quotes, be sure to check out other famous scientists! More Loren Eiseley on Wikipedia.

Many of us who walk to and fro upon our usual tasks are prisoners drawing mental maps of escape.

It is frequently the tragedy of the great artist, as it is of the great scientist, that he frightens the ordinary man. 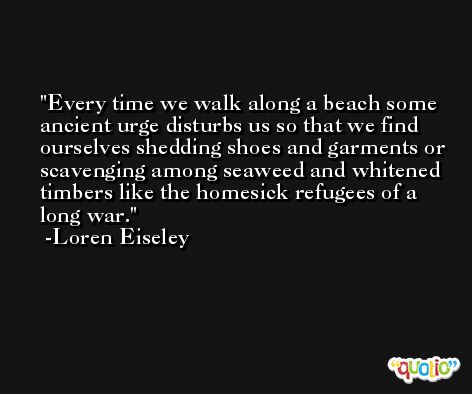 I am not nearly so interested in what monkey man was derived from as I am in what kind of monkey he is to become.

One could not pluck a flower without troubling a star. 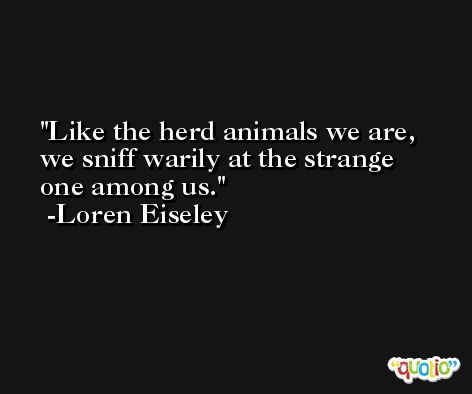 It was the failures who had always won, but by the time they won they had come to be called successes. This is the final paradox, which men call evolution.

One does not meet oneself until one catches the reflection from an eye other than human. 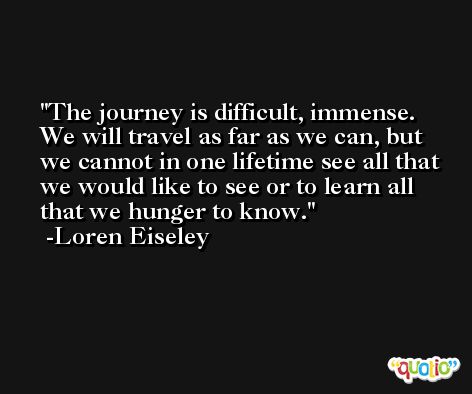