She is the daughter of former United States Senator and Alaska Governor Frank Murkowski. Elected to the Alaska House of Representatives in 1998, she was eventually elected House Majority Leader.

During her 2010 United States Senate election in Alaska, 2010/campaign for a second term, she lost the Republican Party nomination to Tea Party candidate Joe Miller (Alaska politician)/Joe Miller. She then ran as a write-in candidate and defeated both Miller and Democrat Scott McAdams in the general election, making her the first senator to be elected by write-in vote since Strom Thurmond in 1954.

If you enjoy these quotes, be sure to check out other famous politicians! More Lisa Murkowski on Wikipedia.

I think we'll be able to go into that in full detail and shed an awful lot of light on their rationale as well as ours as soon as we get this before the public.

The war against terrorism is one we must win. 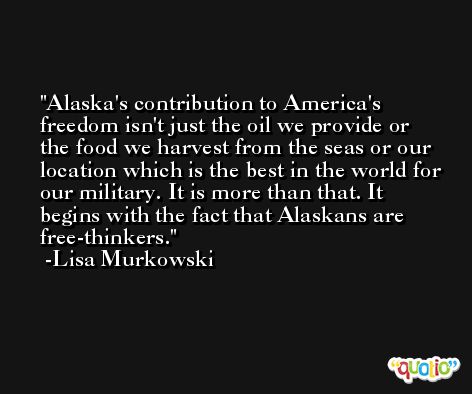 [Others warned the administration against pressing too hard.] If we go into it with the attitude of 'Okay, we've got a deal, now here are the terms of how we move forward' and push it . . . I think it may be a bit too much, ... We need to remember how tenuous this agreement really is.

[Several agreed that the concentration of refineries had created a dangerous dependence on the gulf region to process a large share of the nation's fuel supplies.] We are just in the beginning of the hurricane season, ... What happens if there is another hurricane? 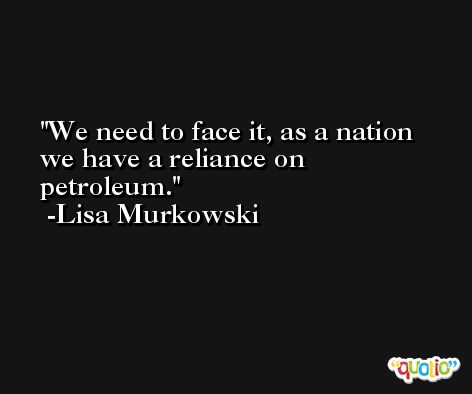 It's a bridge to the future of the people of Ketchikan.

It's not in law, but was very clearly made part of the record. 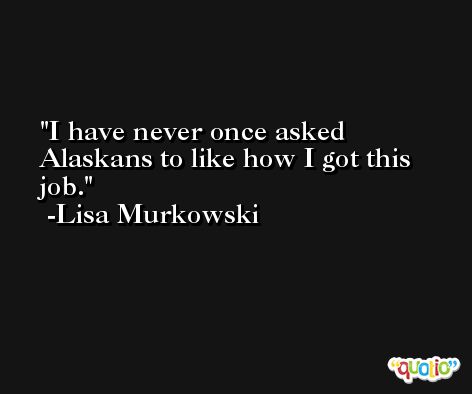