"Linda Lou Chavez" is an American author, Pundit (expert)/commentator, and radio talk show host. She is also a Fox News analyst, Chairman of the Center for Equal Opportunity, has a Print syndication/syndicated column that appears in newspapers nationwide each week, and sits on the board of directors of two Fortune 1000 companies: Pilgrims Pride and ABM Industries Inc. Chavez was the highest-ranking woman in President Ronald Reagan's White House, and was the first Latina ever nominated to the United States Cabinet, when President George W. Bush nominated her Secretary of Labor. She withdrew from consideration for the position when the media published allegations that she had employed an illegal immigrant a decade earlier.

If you enjoy these quotes, be sure to check out other famous writers! More Linda Chavez on Wikipedia.

I think most of the American people were upset during the Zoe Baird nomination that she hired an illegal alien. That was what upset them more than the fact the she did not pay Social Security taxes.

If I am confirmed as secretary of labor, I intend to keep faith with the men and the women who still work at jobs like those my parents held. 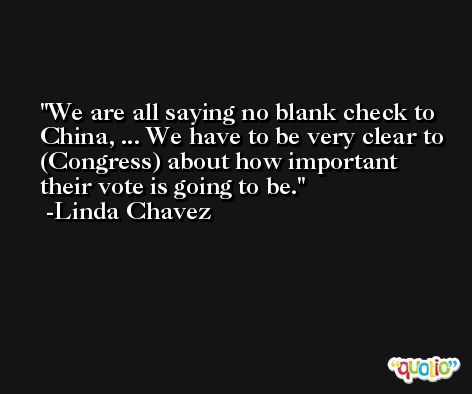 I do believe Zoe Baird was treated unfairly.

My, what a difference a week makes. 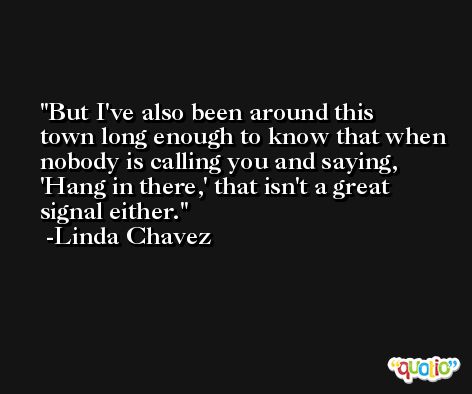 Unfortunately, because of the way the stories have played over the last few days, I have decided that I am becoming a distraction, and therefore I have asked President Bush to withdraw my name for secretary of labor. 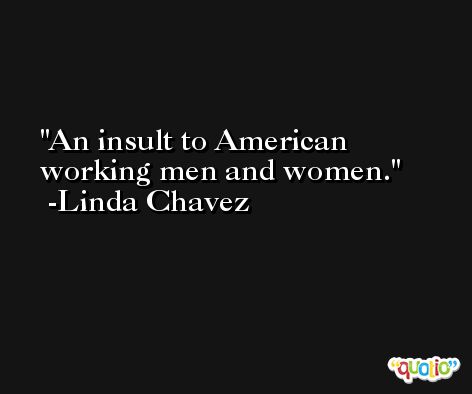