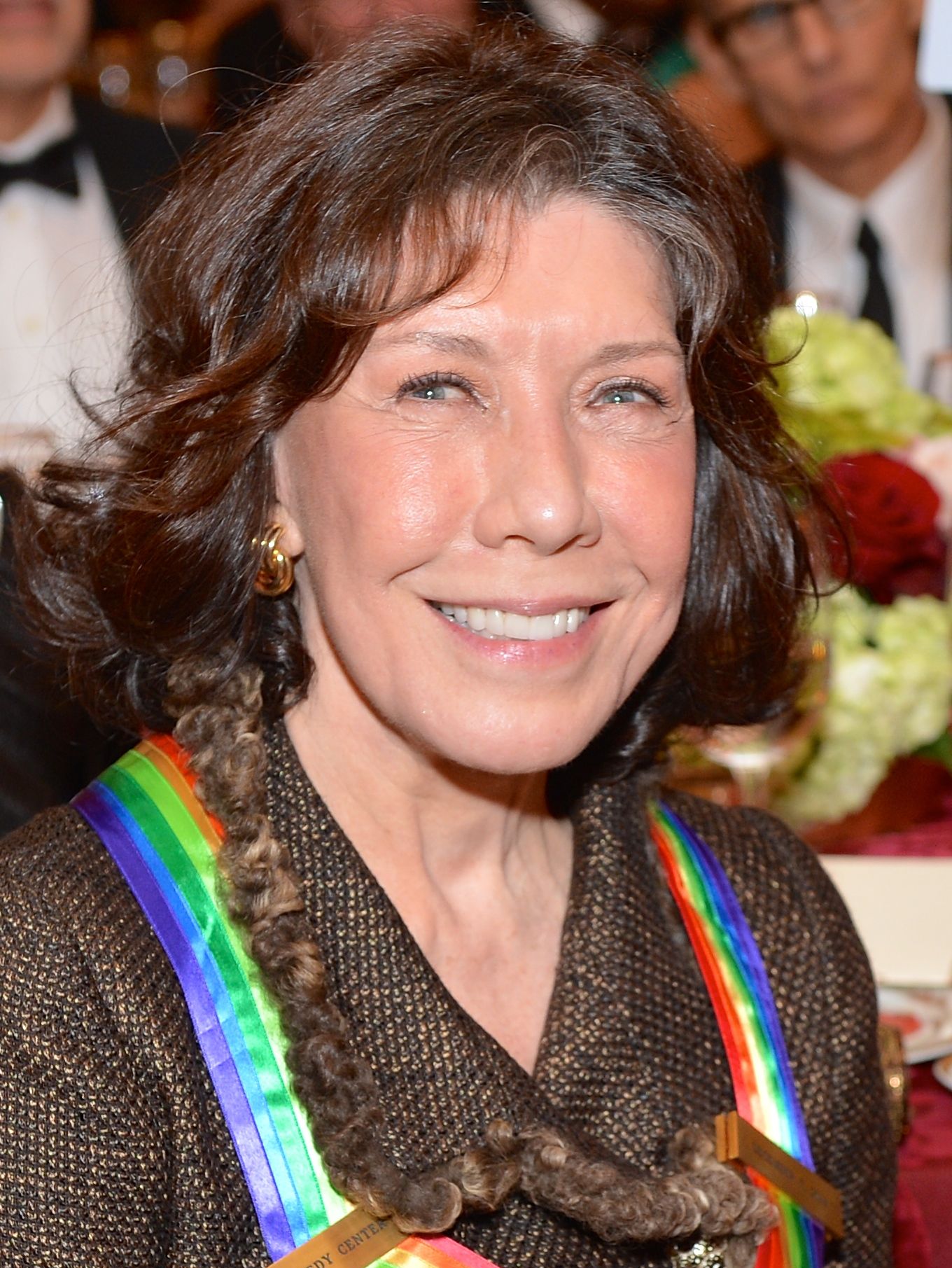 "Mary Jean" ""Lily"" "Tomlin" is an American actress, comedian, writer, and Theatrical producer/producer. She has been a major force in American comedy since the late 1960s, when she began a career as a stand-up comedy/stand-up comedian and became a featured performer on television's Rowan & Martin's Laugh-In.

Tomlin's career has spanned television, comedy recordings, Broadway, and motion pictures. She has starred in such films as Nashville (film)/Nashville, 9 to 5 (film)/9 to 5, All of Me (1984 film)/All of Me, The Beverly Hillbillies (film)/The Beverly Hillbillies, Orange County (film)/Orange County, and I Heart Huckabees. Her notable television roles include Laugh-In as a cast member from 1970–73, Ms. Frizzle on The Magic School Bus (TV series)/The Magic School Bus, Kay Carter-Shepley on Murphy Brown, Deborah Fiderer on The West Wing, and Lillie Mae MacKenzie on Malibu Country.

If you enjoy these quotes, be sure to check out other famous actresses! More Lily Tomlin on Wikipedia.

I may be schizophrenic, but I'll always have each other.

Things are going to get a lot worse before they get worse. 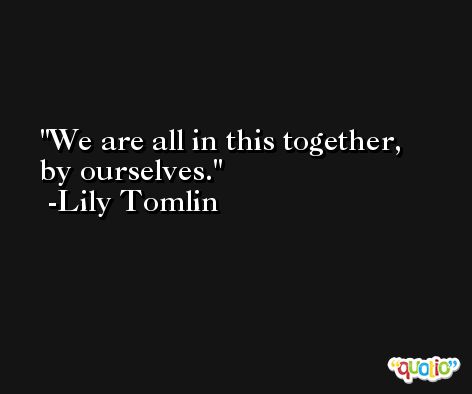 Reality is a crutch for people who can't cope with drugs.

Ninety-eight percent of the adults in this country are decent, hard-working, honest Americans. It's the other lousy two percent that get all the publicity. But then-we elected them. 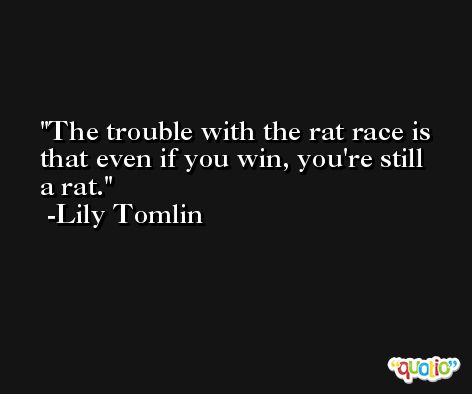 We're all in this alone.

Why is it that when we talk to God we're said to be praying, but when God talks to us we're schizophrenic? 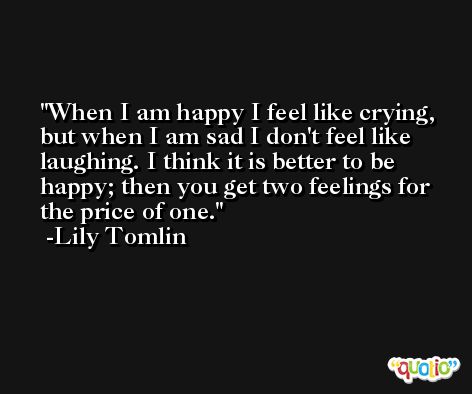 Man invented language to satisfy his deep need to complain.

What's reality anyway? Nothing but a collective hunch. 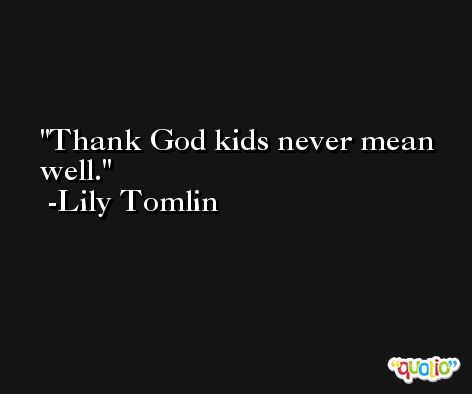 Why is it when we talk to God we're praying - but when God talks to us, we're schizophrenic?

If love is the answer, could you rephrase the question? 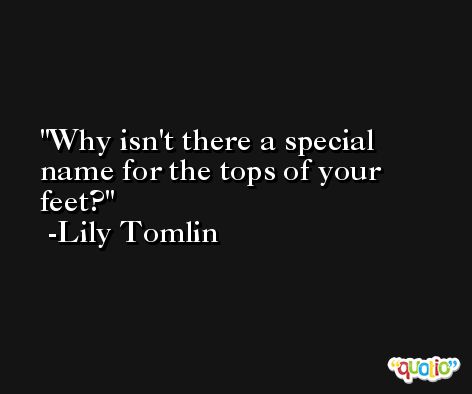 No matter how cynical you get, it is impossible to keep up.

Sometimes I worry about being a success in a mediocre world. 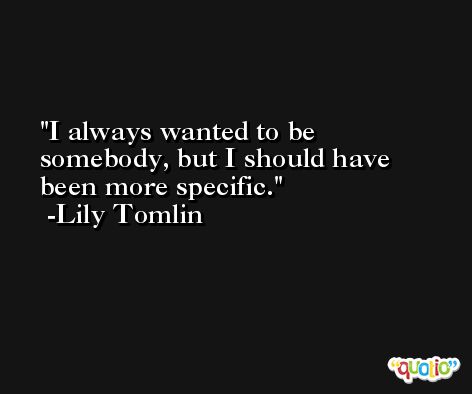 Sometimes I feel like a figment of my own imagination. 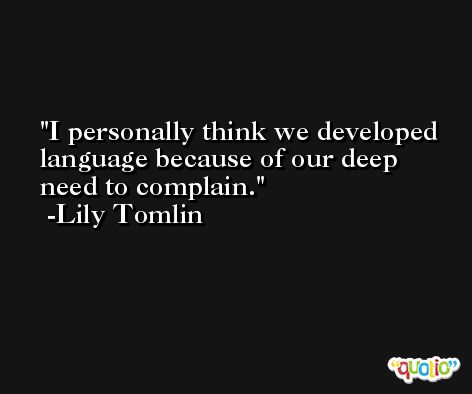