"Lillian Florence "Lilly" Hellman" was an American dramatist and screenwriter known for her left-wing sympathies and political activism. She famously was blacklisted by the House Committee on Un-American Activities (HUAC) at the height of the Second Red Scare/anti-communist campaigns of 1947–52. Although she continued to Broadway theatre/work on Broadway in the 1950s, her blacklisting by the American film industry caused a precipitous decline in her income. Hellman was praised for sacrificing her career by refusing to answer questions by HUAC; but her denial that she had ever belonged to the Communist Party was easily disproved, and her veracity was doubted by many, including war correspondent Martha Gellhorn and literary critic Mary McCarthy (author)/Mary McCarthy.

Hellman was romantically involved with fellow writer and political activist Dashiell Hammett, who also was blacklisted, for thirty years until his death in 1961. The couple never married as Hammett already had a wife. She adapted her semi-autobiographical play The Little Foxes into a screenplay which received an Academy Award nomination in 1942.

If you enjoy these quotes, be sure to check out other famous dramatists! More Lillian Hellman on Wikipedia.

Since when do we have to agree with people to defend them from injustice?

Decisions, particularly important ones, have always made me sleepy, perhaps because I know that I will have to make them by instinct, and thinking things out is only what other people tell me I should do. 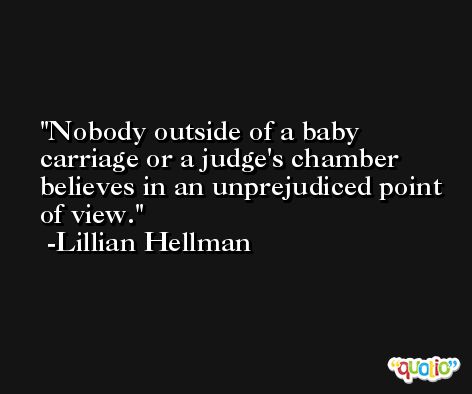 My father was often angry when I was most like him.

Truth made you a traitor as it often does in a time of scoundrels. 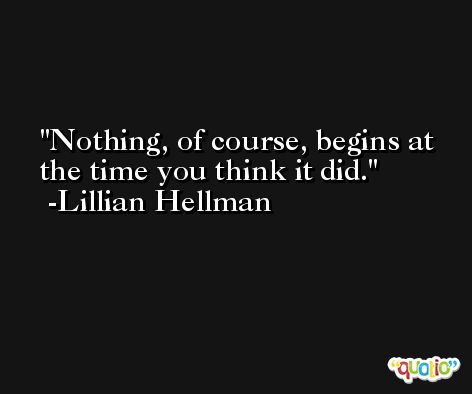 The only thing good about it is you're not dead.

The past with its pleasures, its rewards, its foolishness, it punishments, is there for each of us forever, and it should be. 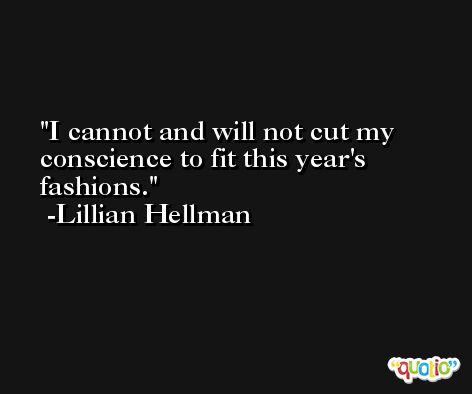 It it not good to see people who have been pretending strength all their lives lose it even for a minute.

If I had to give young writers advice, I would say don't listen to writers talking about writing or themselves. 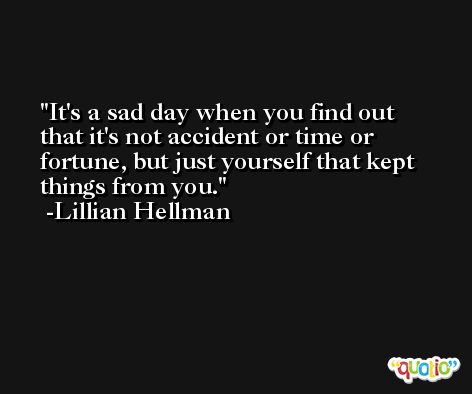 Cynicism is an unpleasant way of saying the truth.

It was an unspoken pleasure, that having come together so many years, ruined so much and repaired a little, we had endured. 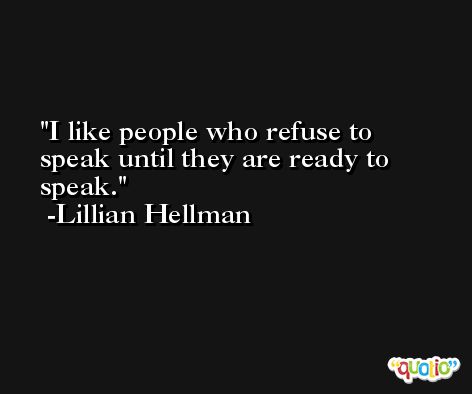