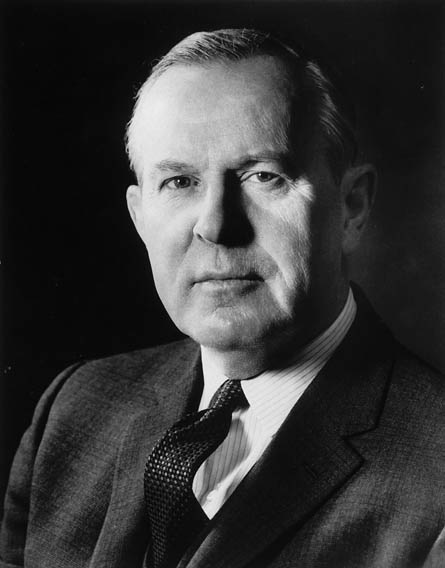 "Lester Bowles "Mike" Pearson", Queen's Privy Council for Canada/PC, Order of Merit (Commonwealth)/OM, Companion of the Order of Canada/CC, Order of the British Empire/OBE (23 April 1897 – 27 December 1972) was a Canadian scholar, statesman, soldier and diplomat, who won the Nobel Prize for Peace in 1957 for organizing the United Nations Emergency Force to resolve the Suez Canal Crisis. He was the List of Prime Ministers of Canada/14th Prime Minister of Canada from 22 April 1963 to 20 April 1968, as the head of two back-to-back Liberal Party of Canada/Liberal Minority governments in Canada/minority governments following elections in Canadian federal election, 1963/1963 and Canadian federal election, 1965/1965.

If you enjoy these quotes, be sure to check out other famous politicians! More Lester B. Pearson on Wikipedia.

Politics is the skilled use of blunt objects.

We are all descendants of Adam, and we are all products of racial miscegenation. 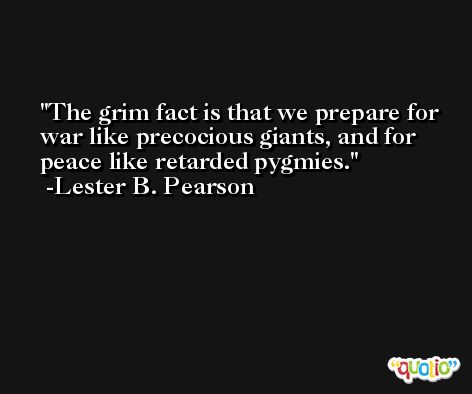 We have achieved the most amazing things, a few million people opening up half a continent. But we have not yet found a Canadian soul except in time of war.