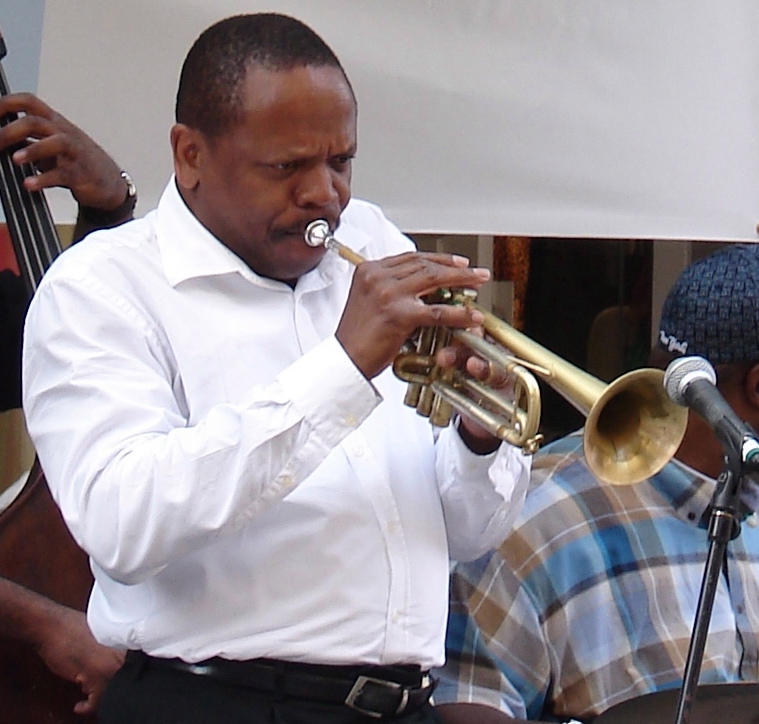 "Leroy Jones" is a jazz trumpeter from New Orleans, Louisiana/New Orleans, Louisiana. Jones began playing trumpet at the age of ten, and by the time he was 13 was leading the Fairview Baptist Church Marching Band, a group of young musicians organized by guitar- and banjo-player Danny Barker. When the musicians' union forced Barker to disband the group in 1974, Jones became a union musician and took over the running of the group, renamed the Hurricane Brass Band, himself. In 1975 or 1976 he left the group, touring for a time with Eddie Vinson and Della Reese before forming his own group, the Leroy Jones Quintet. In 1991 Jones joined the big band of Harry Connick, Jr., and the exposure with Connick's band (including the opportunity for the Leroy Jones Quintet to open for Connick, which they did in 1994), led to Jones' releasing his first album under his own name; Mo' Cream From The Crop came out on the Columbia Records label in 1994. The Leroy Jones Quintet continues to tour and record, and since 2004 Jones has also appeared with the Preservation Hall Jazz Band and Dr. John.

That profile is more common than not. There is a shortage of teachers of color and particularly African-American males at the elementary-school level.

We need to get cancer patients near treatment and keep them near their families at the same time. 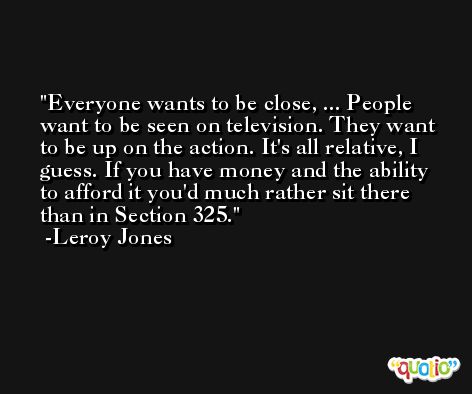 The Postal Service makes sure we are well-trained in safety and defensive driving skills, but sometimes it takes more than that. You have to be alert, experienced and, with some of the close calls I've had, you had to be blessed.

I like being outside, but I mostly enjoy the people. I get the chance to meet a lot of nice people and they treat me so nice on my route. 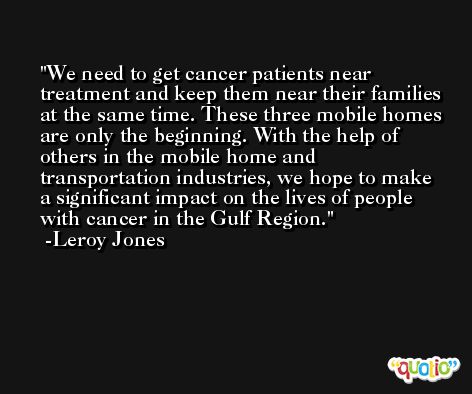 I hear it went glass.

The problems with the water have not gone away. They have continued unabated and we need to take action to remedy the situation ourselves.