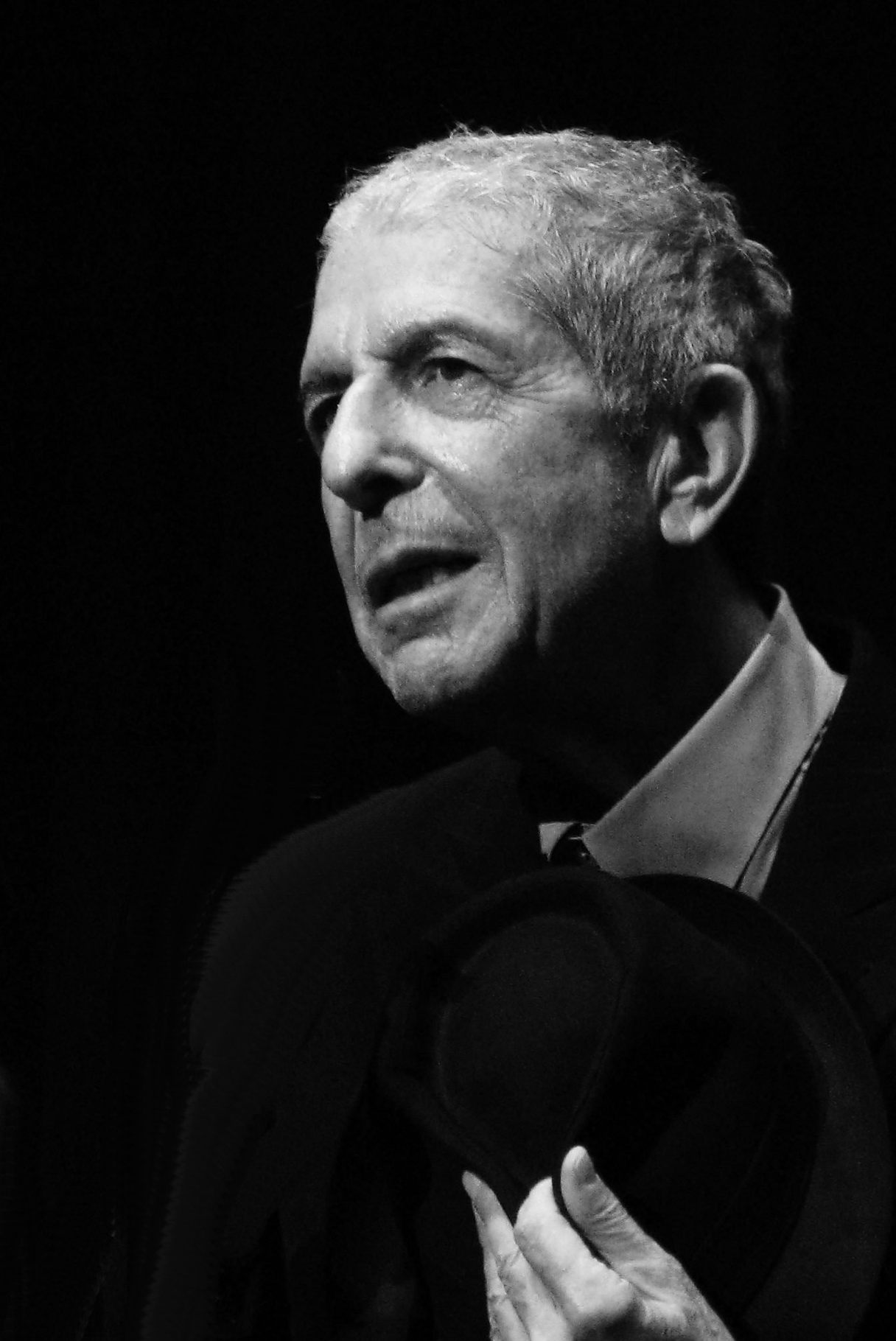 "Leonard Norman Cohen", is a Canadian singer-songwriter, musician, poet, and novelist. His work has explored religion, politics, isolation, sexuality, and personal relationships. Cohen has been inducted into the American Rock and Roll Hall of Fame and both the Canadian Music Hall of Fame and the Canadian Songwriters Hall of Fame. He is also a Companion of the Order of Canada, the nation's highest civilian honour. In 2011, Cohen received a Prince of Asturias Award for literature.

The critic Bruce Eder assessed Cohen's overall career in popular music by asserting that "[he is] one of the most fascinating and enigmatic … singer/songwriters of the late '60s … [and] has retained an audience across four decades of music-making … Second only to Bob Dylan (and perhaps Paul Simon) [in terms of influence], he commands the attention of critics and younger musicians more firmly than any other musical figure from the 1960s who is still working at the outset of the 21st century."

If you enjoy these quotes, be sure to check out other famous musicians! More Leonard Cohen on Wikipedia.

Prayer is translation. A man translates himself into a child asking for all there is in a language he has barely mastered.

I loved you in the morning, our kisses deep and warm, your hair upon the pillow like a sleepy, golden storm, yes many loved before us, I know we are not new, in city and in forest they smiled like me and you, but now it's come to distances and both of us must try, your eyes are soft with sorrow, Hey, that's no way to say goodbye. 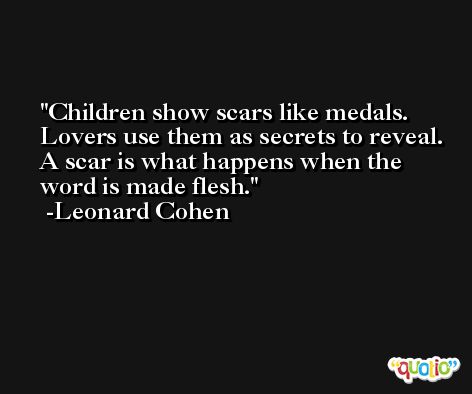 I don't consider myself a pessimist. I think of a pessimist as someone who is waiting for it to rain. And I feel soaked to the skin.

I am an old scholar, better-looking now than when I was young. That's what sitting on your ass does to your face. 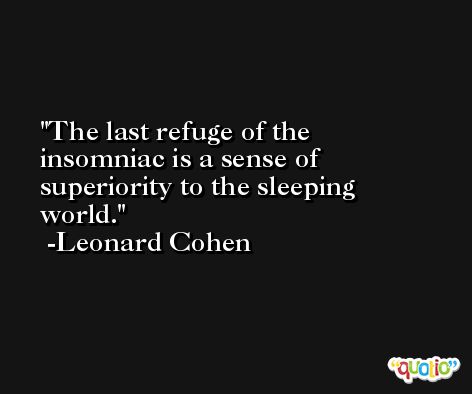 In dreams the truth is learned that all good works are done in the absence of a caress.

A woman watches her body uneasily, as though it were an unreliable ally in the battle for love. 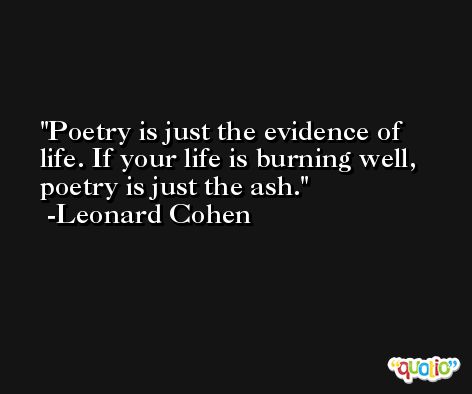