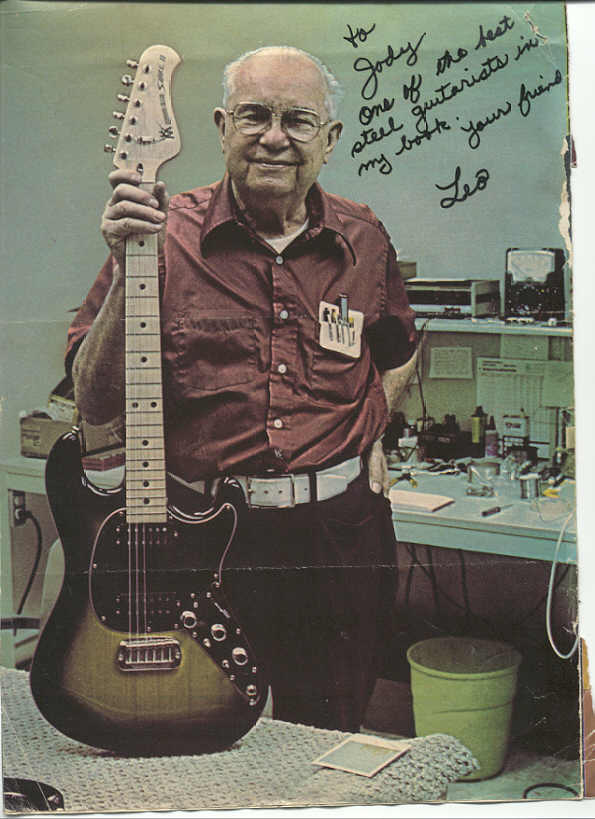 The guitars, bass guitars, and amplifiers he designed from the 1940s on are still relevant: the Fender Telecaster (1950) was the first mass-produced solid-body electric guitar; the Fender Stratocaster (1954) is among the world's most iconic electric guitars; the Fender Precision Bass (1951) set the standard for electric bass guitars, and the Fender Bassman amplifier, popular enough in its own right, became the basis for later amplifiers (notably by Marshall Amplification/Marshall and Mesa Boogie) that dominated rock and roll music. Leo Fender was inducted into the Rock and Roll Hall of Fame in 1992 - a unique achievement given that he never learned to play the instruments which he made a career of building.

If you enjoy these quotes, be sure to check out other famous businessmen! More Leo Fender on Wikipedia.

I wonder if I could make an electric bass.

Let there be bass. 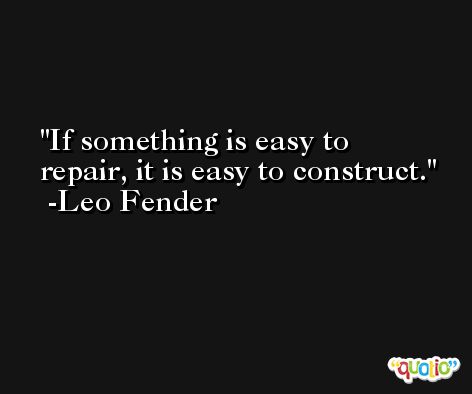 The design of each element should be thought out in order to be easy to make and easy to repair.

I was always able to see the defects in the design of an instrument which overlooked completely the need of its maintenance.