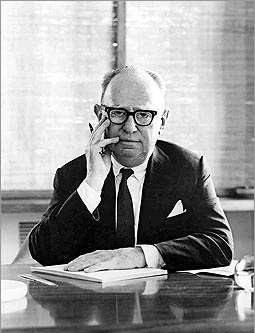 "Leo Burnett" was an American advertising executive and the founder of the Leo Burnett Company, Inc., also known as Leo Burnett Worldwide. He was responsible for creating some of advertising's most well-known characters and campaigns of the 20th century including Tony the Tiger, Charlie the Tuna, the Marlboro Man, the Maytag#Ol' Lonely/Maytag Repairman, United's "Fly the Friendly Skies," Allstate's "Good Hands," and for garnering relationships with multinational clients such as McDonald's, Hallmark and Coca-Cola. In 1999, Burnett was named by Time Magazine as one of the 100 most influential people of the 20th century.

If you enjoy these quotes, be sure to check out other famous businessmen! More Leo Burnett on Wikipedia.

Curiosity about life in all of its aspects, I think, is still the secret of great creative people. 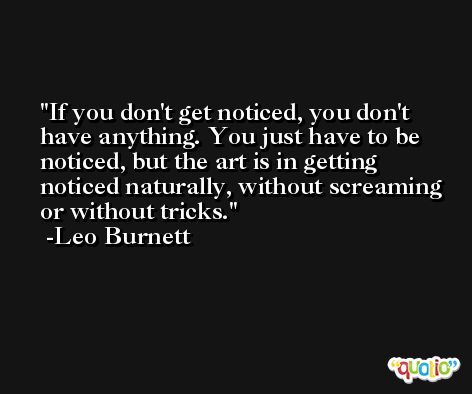 Good advertising does not just circulate information. It penetrates the public mind with desires and belief. 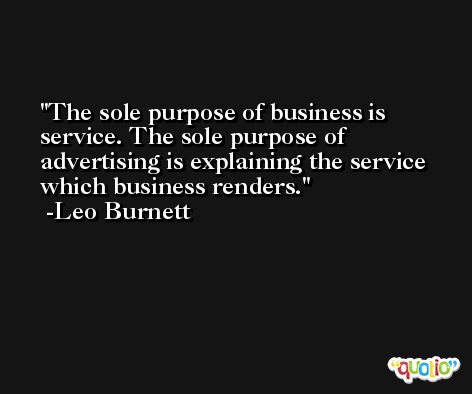 Advertising says to people, 'Here's what we've got. Here's what it will do for you. Here's how to get it.'

Make it simple. Make it memorable. Make it inviting to look at. Make it fun to read. 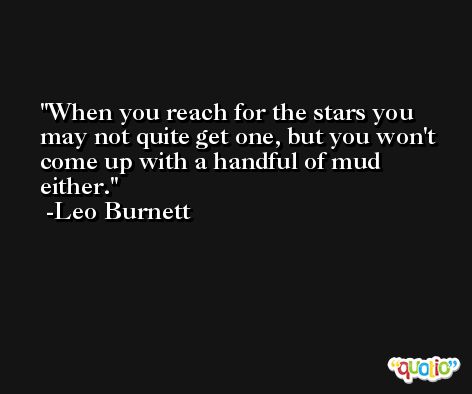